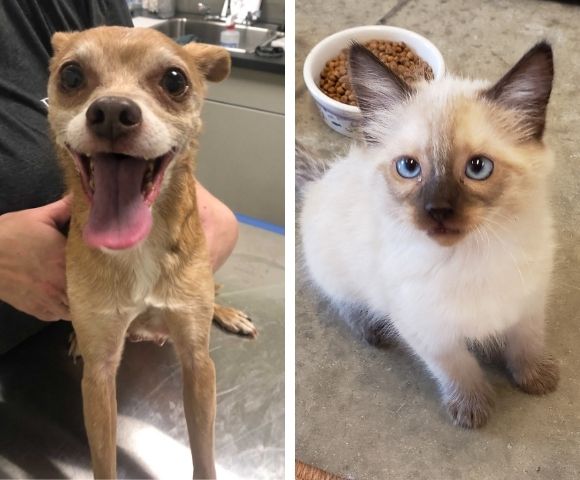 After receiving permission to enter what is left of the small Canadian village of Lytton in order to rescue pets left behind in the hurried evacuation, the British Columbia Society for the Prevention of Cruelty to Animals (BC SPCA) has announced they were able to rescue 41 pets from 27 different properties.

Emergency Response Director Geoff Urton said, “Rescue crews could only spare an escort for four hours for  BC SPCA officers to rescue as many animals as possible yesterday. Officers in 10 vehicles were escorted through the active fire corridor, masks on, windows up. The devastation they saw was… overwhelming. But they were determined to find as many animals as possible.

“We had lists of animals needing help from the Lytton First Nation, the Regional District and the BC SPCA Animal Helpline, plus fire services flagged animals that they’d come across that were secure but needed food and water.”

The BC SPCA has not yet been authorised for a second trip behind fire lines, but they are prepared. 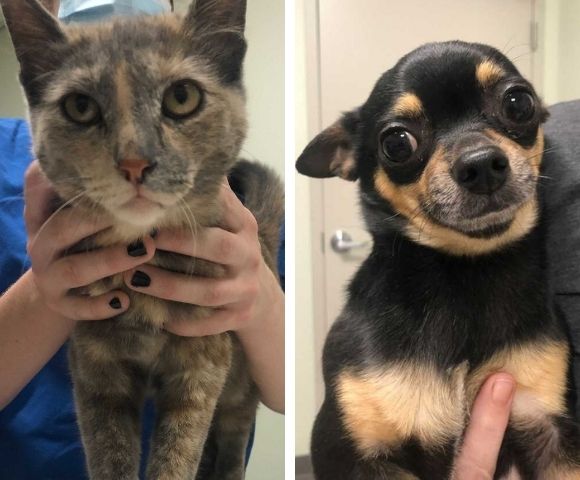 “Fire and rescue teams are understandably stretched thin. The situation is highly volatile, but we are ready to go at a moment’s notice,” Urton said.

“The animals rescued yesterday received triage and vet care as needed late into the night. It’s been an emotional 24 hours for us, but it can’t compare to what the families have been going through, worried about the animals they were forced to leave behind.

“Whether it’s 18-year-old Homer, or an 8-week-old kitten, if these faces don’t warm your heart, think of the faces of their people in the moment they are reunited!”

Of the animal rescued so far, 11 were already reunited with their families; the others are being cared for in BC SPCA shelters and the emergency evacuation centre in Kamloops.

You can donate to the BC SPCA’s wildfire alert appeal on their website.