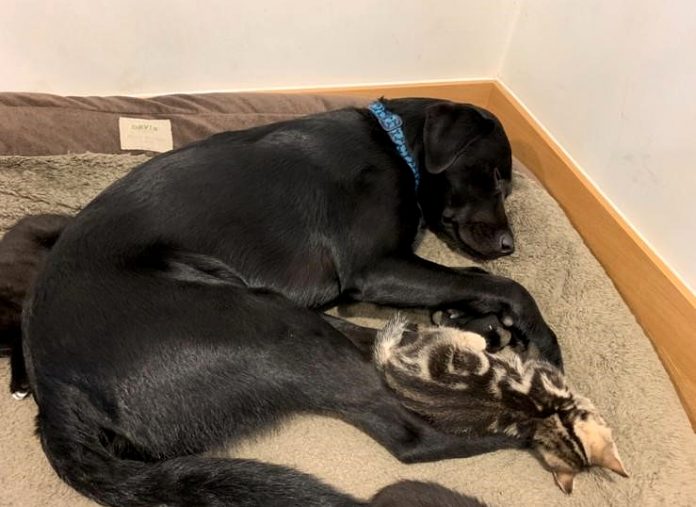 The seven kittens only two weeks old when a member of the public found them on the side of a road. With their mother nowhere to be seen, they were taken to Battersea. The vet team found they were hungry but otherwise healthy, and Battersea’s Head Nurse Rachel volunteered took the litter home with her to foster them.

This is when her rescue Labrador Bertie took over, quickly becoming the kittens’ adoptive dad. 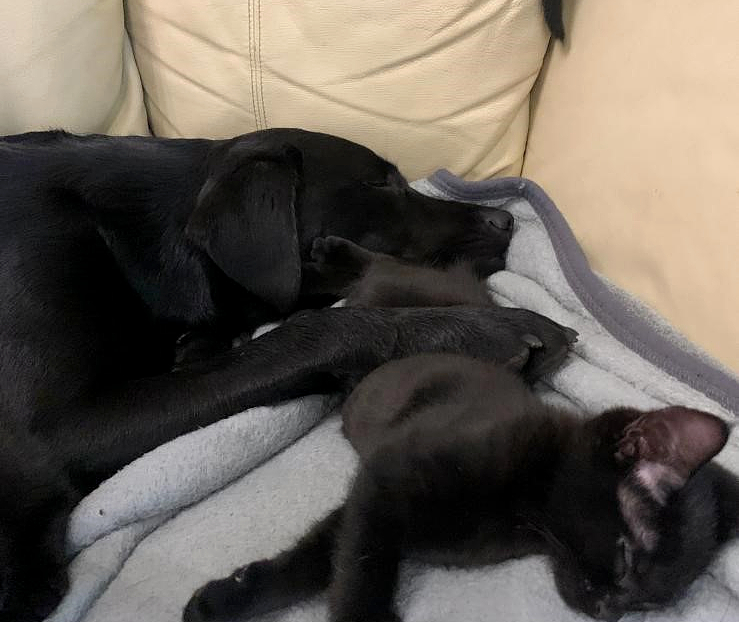 Rachel said, “As a former Battersea resident himself, there’s something particularly touching about seeing a rescue pet now helping to rescue other animals in need.

“I’m incredibly proud of Bertie for the way he has cared for the kittens over the last few weeks. At less than two years old, he’s barely an adult himself, but you wouldn’t think it when you see how incredibly patient and nurturing he has been.

“These kittens have certainly been a handful, from the early days when they needed bottle feeding round the clock, to when they first discovered the joys of climbing. Not only has Bertie helped the kittens become confident, sociable little cats, he’s also kept me entertained.”

Once the kitties became old enough to feed and care for themselves, they were brought back to one of the charity’s catteries – and they have all since gone on to loving homes.

Rachel added, “Hand rearing kittens is such a wonderfully rewarding experience, you get to help them grow from tiny defenceless babies into unique characters ready for a loving home.

“I was sad to see them go, but I can take comfort in knowing that Bertie and I helped give them the best start in life. I suspect Bertie may also have been enjoying the peace and quiet once his young charges had gone, he’d certainly earned it!” 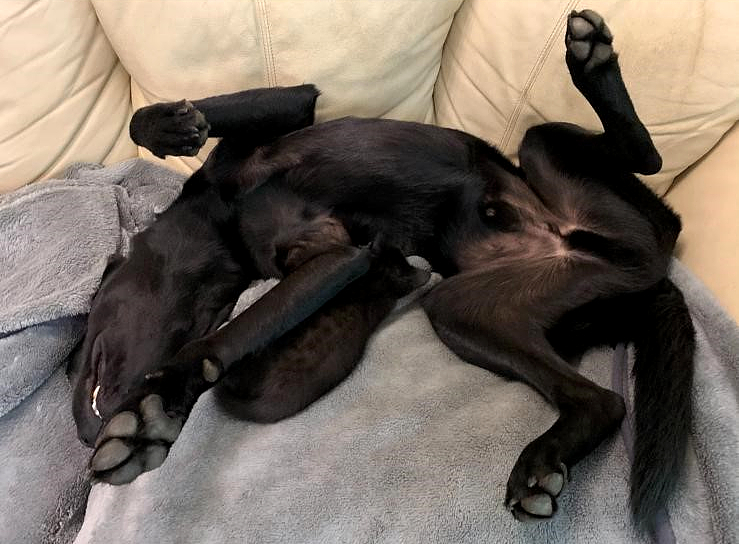 Bertie is not the first Battersea dog to become a parental figure to foster kittens: last year, a 10-year-old Beagle cross called Duke became kitten Boris’ foster dad – and despite his grumpy looks, he was reportedly very gentle with his young charge.