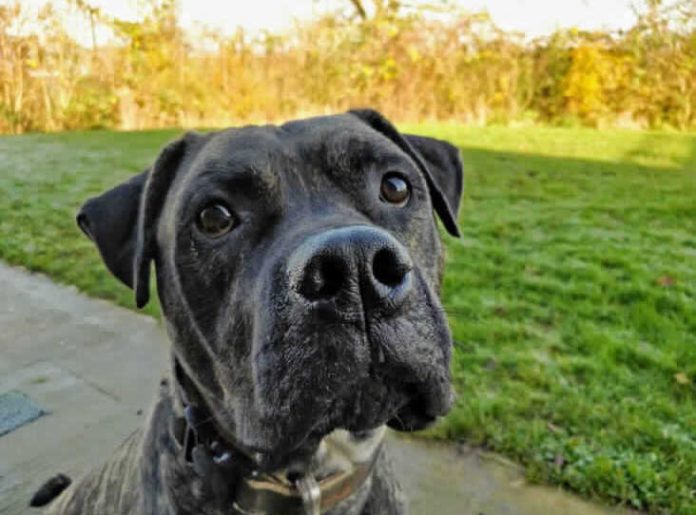 A three-year old Presa Canario cross called Bob was found in April 2019, wounded and straying, and is desperate for a home after two years in kennels. While he has been up for adoption for the past six months, he has always been overlooked by potential adopters – leading the RSPA to dub him “the UK’s loneliest dog”.

Jake Cowing, who has been taking care of Bob, said, “We spent an extended period of time working with Bob behaviourally and helping prepare him for a new home and then, of course, lockdown hit and delayed us being able to find him a new home.

“He’s such a fabulous lad with a great character and I hope we can find him the right family but he does require quite a special home so we need to make sure it’s the right match.

“Bob finds being restrained and walking on a lead incredibly difficult and has found kennels really challenging. While he may look like a big tough lad he’s actually a really sensitive soul. We believe, in the past, some well-meaning but misinformed techniques have been used to help Bob walk on a lead so we’ve had to try to unpick these problems and start from scratch.” 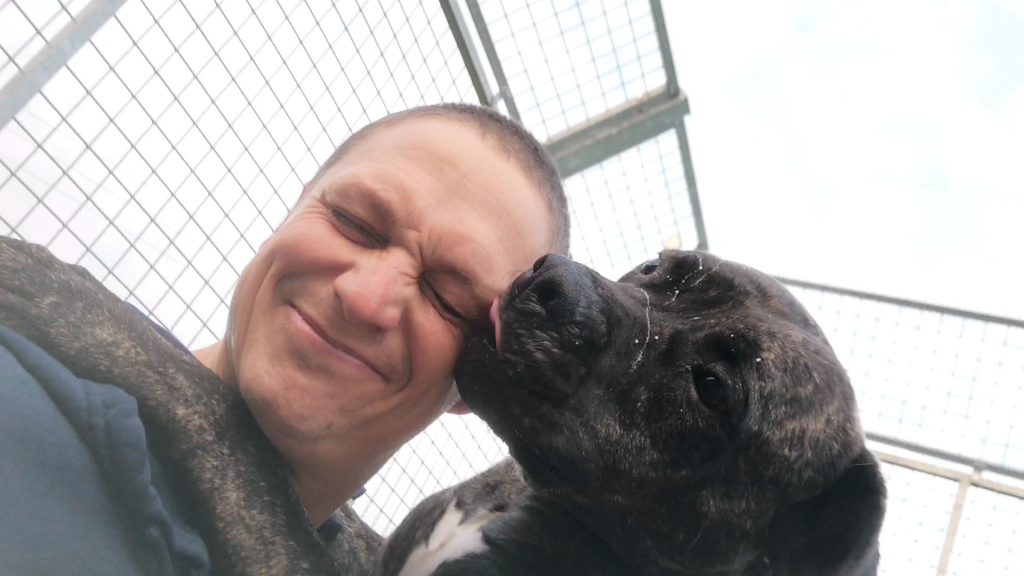 “But as we got to know him we discovered that he is an absolute sweetheart. He’s very friendly and loves to play. Once he trusts you, he is the most loyal companion and friend you’ll ever find.”

After “months of careful, patient and positive reinforcement training”, RSPCA staff were able to walk Bob calmly around their fields on a long line. Bob likes carrying tennis balls around as a pacifier, “so he can chew it if he becomes stressed and it seems to really calm him down”.

However, timing never seemed to quite work out for Bob, and that along with his very specific needs worked against him to make him the UK’s “loneliest dog”.

“He’d only just become available for rehoming when lockdown hit and we had to close to the public,” Jake said. “His special needs meant that we would only be able to match him to someone once he’d spent time getting to know them and we couldn’t facilitate this due to the Government’s restrictions.

“Now we’re partially open again we get lots of people admiring him and inquiring about giving him a home but, once they find out about all of his quirks, they seem to be put off. Since Bob has been with us he’s seen 221 of our dogs go off to their new homes, but he’s still here waiting.” 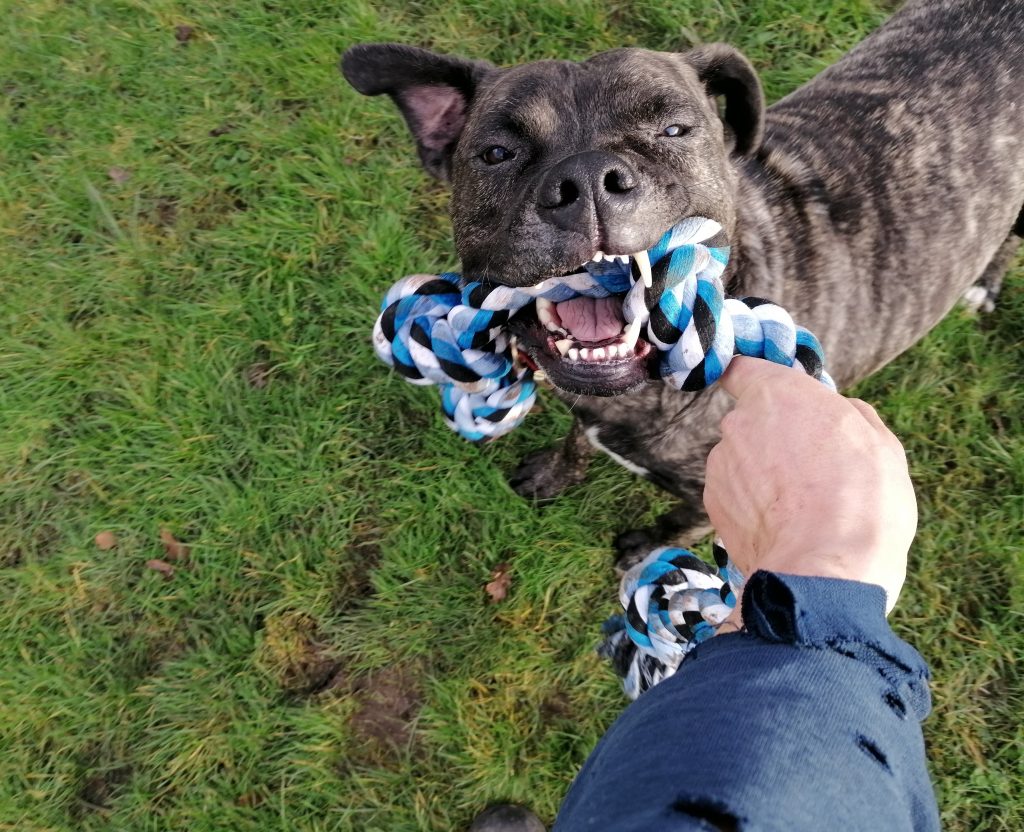 “Ideally we’re looking for a home with a large garden or private land big enough for Bob to exercise and play without the need to go out on lead walks, at least until he’s settled and bonded with his new family. We would provide ongoing support and guidance to any continued lead work but we feel he’d be happiest in a setting where leads were not a daily necessity of life.”

Staff would like to find an experienced adult-only home where he’d be the only pet. He thrives with routine, familiarity and spending time with his friends.

“Two years is a long, long time – and Bob has spent more than two thirds of his life in kennels,” Jake said. “While we’ve done the best for him, we desperately want to see him in a home of his own with someone who can give him the life he deserves! He has overcome a tough past and is our champion, a survivor and our friend. He’s a big, silly clown who will change the life of his adopters. And anyone who takes him on will certainly change his.” 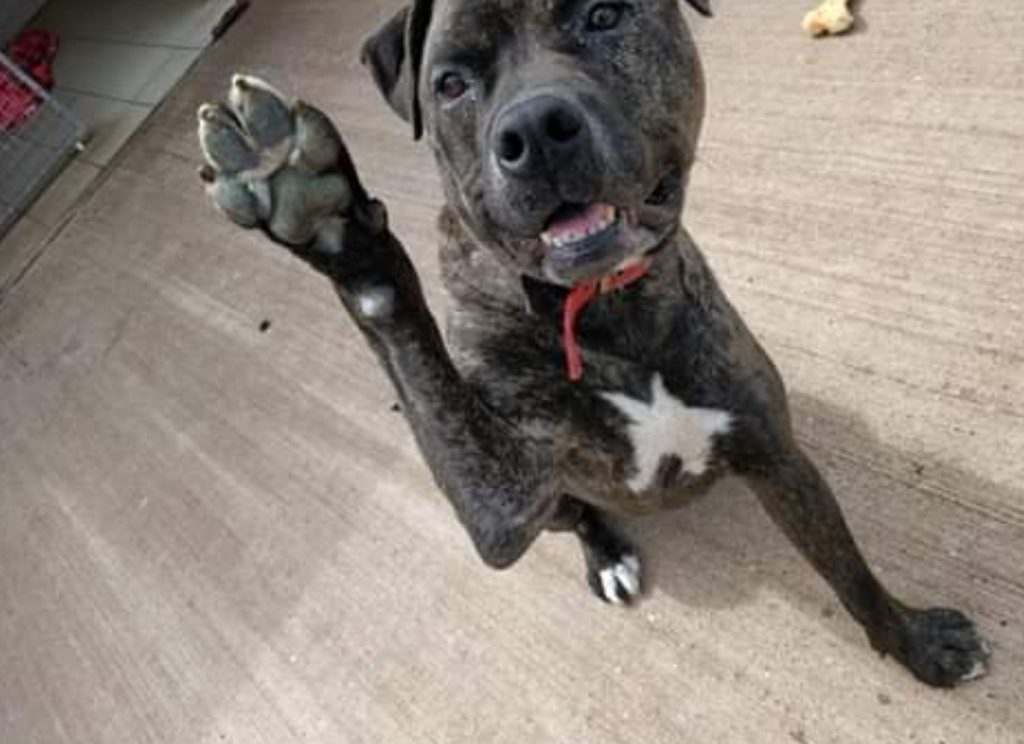 To find out more about Bob and perhaps give the loneliest dog a home, visit Find A Pet, complete a Perfect Match form, or contact birmac@rspca.org.uk.