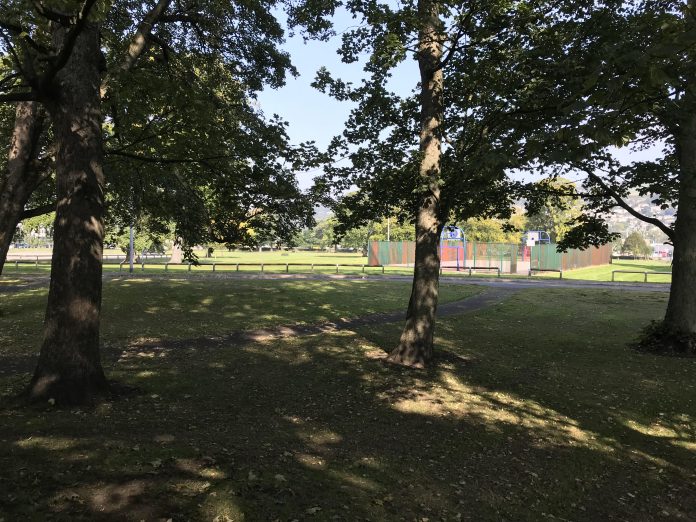 The RSPCA is appealing for information after the body of an emaciated dog was found dumped in Victoria Park, Keighley, on Monday 21st September.

The distressing discovery was made by a member of the public, who immediately contacted the RSPCA. Inspector Emma Brook said,  “This must have been an awful discovery for the person who found this dog’s body and we are very keen to find out what happened to this poor dog.” 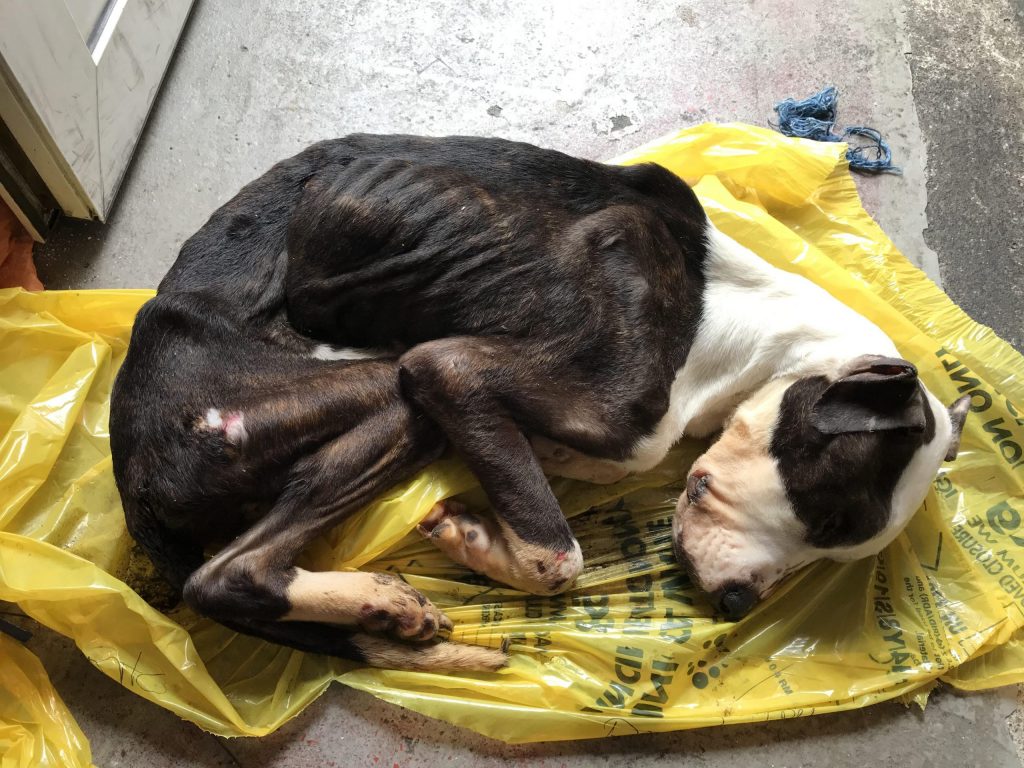 She added, “He was emaciated and all of his ribs are clearly visible. He also had a large number of pressure sores across the body and legs. There was faecal matter around his backend and there was a strong ammonia smell so I suspect that this poor dog had been living in his own mess with no suitable bedding, which resulted in the pressure sores.

“It’s likely that the dog hadn’t been in the park for more than a few days but it could have been as little as a few hours, unfortunately the vets were not able to give us an exact time. This was a three-year-old brindle, male American bulldog type dog and he was microchipped, but unfortunately this hasn’t led to any information.” 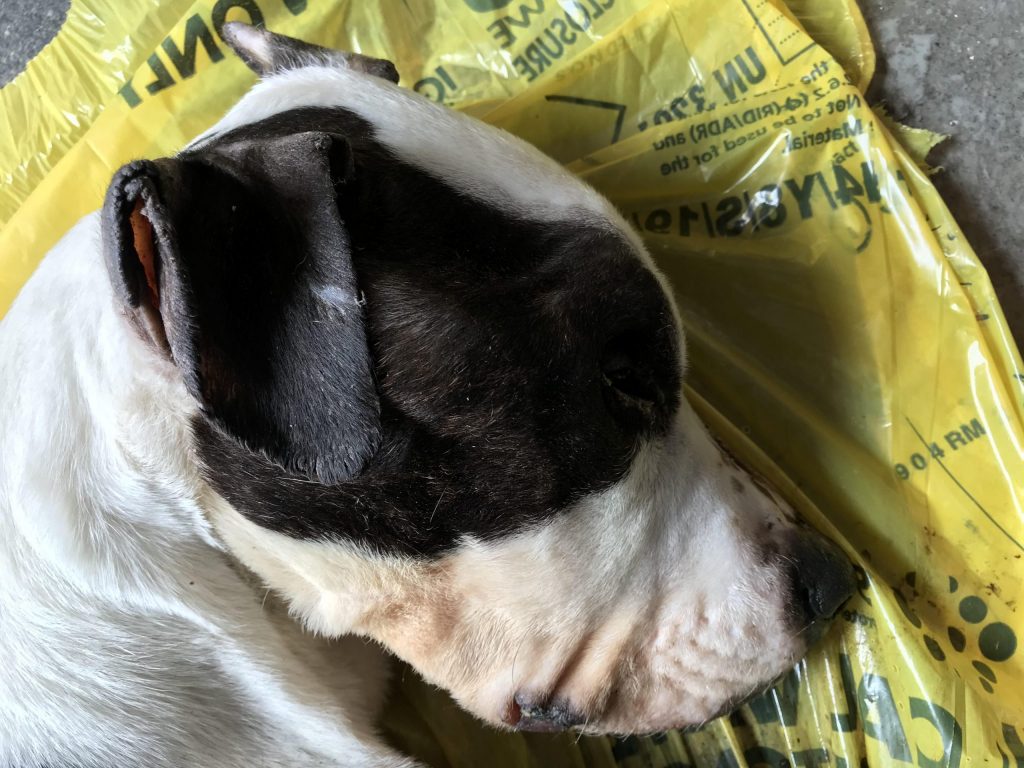 If anyone recognises this dog, has any information about how he came to be in such a state, or knows anything that may help the investigation, please contact the RSPCA’s inspectorate appeal line on 0300 123 8018.