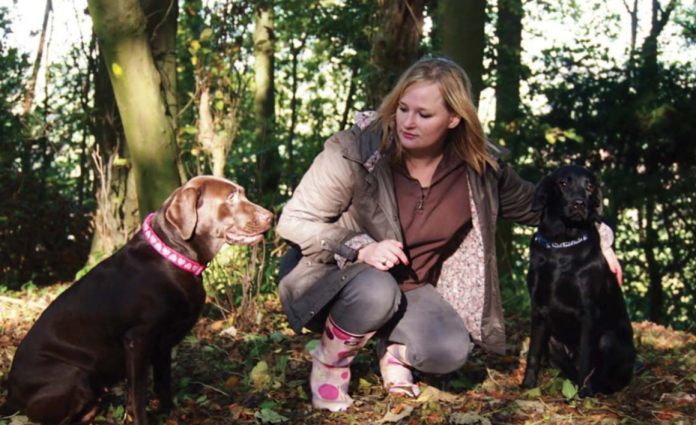 We have received the sad news that Victoria Spry, a woman who endured years of horrific abuse at the hands of her foster mother and went on to fight for other abuse survivors, has passed away.

We honour her memory by sharing this interview from our April 2015 issue, in which she spoke of the comfort Labradors gave her in her darkest moments.

“The side of the story I always wanted to tell”

Victoria Spry’s past is difficult to comprehend, on a level with the darkest of childhood abuse bestsellers. She has been offered huge sums of money for the deepest details of her early life; formative years of unbelievable cruelty under the control of her adoptive stepmother, Eunice.

Two of Victoria’s siblings published their stories, but Victoria always remained quiet. Then last year, at the age of 28, Victoria waived her right to anonymity, in an attempt to prevent Eunice from being rehoused near to her, following Eunice’s release from prison. It was then that the horrific details of her decades of abuse were circulated widely in the British press…

Victoria had only one ray of light in her young life: a bold black Labrador named Jet.

Victoria’s childhood was quite simply not a childhood. She grew up isolated and tormented, rarely attending school and never sleeping in a bed. She never celebrated a birthday or a Christmas, and was punished for speaking to anyone outside of the family. Routinely starved for months at a time and sadistically beaten, Victoria had only one ray of light in her young life: a bold black Labrador named Jet.

“Jet would bark at Eunice, and try to protect me from being hurt,” said Victoria. “At night I’d fall asleep on the hall floor; he’d come and sleep with me and lick my tears away. He was my best friend, there for me when I had no one. Because I loved him so much, Eunice would ban me from stroking him, but that never stopped our unbreakable friendship.”

At 14 Victoria was involved in a fatal road traffic accident on the motorway with a 38-tonne truck. Victoria’s two older sisters were killed instantly, and Victoria broke nearly every bone in her body, remaining in a coma for months. Sadly, this wasn’t the escape from Eunice that it might have been. 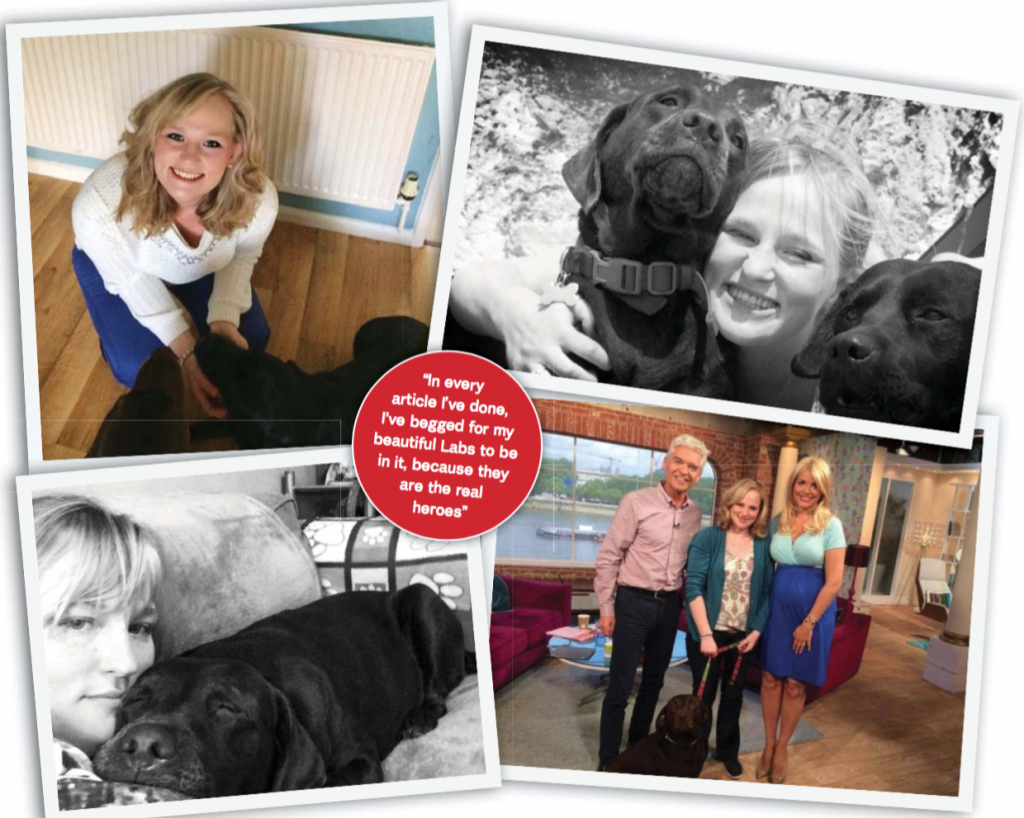 Victoria was returned to her care, and Eunice forced her to use a wheelchair for four years in order to claim further compensation from the accident. It has been nearly 10 years since Victoria broke free of Eunice’s control, when she was convinced to contact the police at the age of 19. In the time since, she has come to terms with what happened to her; she is building a life for herself, and plans to marry her partner of six years this summer.

However, it is not a place she would be, she insists, without the love of her Labradors: Berry, a four-year-old chocolate, and Noah, a one-year-old black rescue. There is no doubt that Jet’s unique love and protection in Victoria’s shocking upbringing taught her to put her faith into animals. In the media circus of the last year, Victoria has been interviewed by the Daily Mail and This Morning, but they all failed to cover a crucial angle of Victoria’s story.

“I have felt frustrated that Berry and Noah’s story and their beautiful natures haven’t been focused on in the press before. They have both got me to a very happy and settled place in life,” Victoria told Dogs Today. “In every article I’ve done, I’ve begged for my beautiful Labs to be in it, because they are the real heroes.

They have shown me there is beauty in this world and to never give up.

“When I speak of my Labs, they make me want to cry,” she continues. “I love them more than I can say. They have shown me there is beauty in this world and to never give up. They’ve loved me and never left my side when I’ve needed them. My Berry cuddles me, her weight on me calms me, her smell reassures me, and her love and care for everyone she meets astounds me.”

When Dogs Today caught up with Victoria in February, this dedication and love became very clear; on hearing that her Labradors would be featured in our magazine, Victoria burst into tears! Poor Victoria is currently back in hospital, unfortunately a regular occurrence for her since the motorway accident, but the thought of her dogs at home gets her through every time.

“My Berry and Noah will never be ‘just dogs’; they are so much more,” she says. “And I owe them so much.”