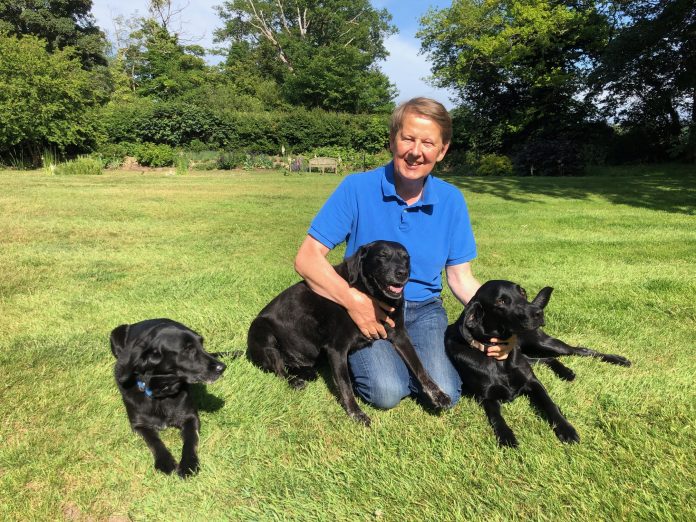 What is it about Labradors that you love?

Twenty years ago, we were given our first Lab, Oscar, by some friends who were moving to America and we adopted him. They’re just so easy to get on with. Very affectionate, they do what they’re told (most of the time), and they’re good with children. Always fun, and beautiful to boot.

Who have been the other special dogs in your life?

There were dogs in my life from my earliest childhood. Bingo was my boyhood companion, a Boxer-retriever cross. He’s the dog in my Twitter profile picture. As I was the youngest in the family by some years, he was more often than not my best and only friend. I still dream about him sometimes.

What’s the naughtiest thing a dog of yours has ever done?

I once had a beautiful pair of black leather shoes, the most expensive I’ve ever bought. They were so comfortable. They were also tasty, it seems, as Nina – then a puppy – chewed the tongue off one of them. We had a discussion about it and I thought she’d understood, but clearly she hadn’t, as a few weeks later, she chewed the top of my beautiful leather Dubarrys. My fault, I know, for leaving them within range of a puppy. I haven’t done it since. But I still miss those shoes.

Do any of your dogs have any special talents or party tricks?

The current crew are not hugely talented in that regard, though Lola clearly has a sense of humour. Oscar literally used to say hello every morning when we came downstairs. In dog language, obviously.

I think the bed is the most expensive item. It’s very large to accommodate all three of them. Made of memory foam and custom-built. In fact, I can lie down in it with them (and have been known to). The most indulgent thing, though, was taking Oscar to swimming therapy when he tore his shoulder. It was very expensive on top of a 40-minute drive there and back, and he hated it.

What would a dream day for your dogs involve?

As they are Labradors, it would obviously involve food, food and more food. A nice long walk to the sea, plenty of swimming and retrieving balls from the water, with a doggie picnic on the beach. Then home to relax on the sofa. And more food.

Tell us about your new podcast.

Paws & Claws is a gentle chat where we talk to people about the animals in their lives, both currently and in their childhood. It’s mostly about dogs, though cats do get a mention along with the occasional guinea pig or hamster. There are some lovely memories and very funny stories. I find that people can reveal quite a lot about themselves when they’re talking about their pets.

Can you give us any hints about the guests you’ve got coming up?

Most of the guests are friends and colleagues from broadcasting. So, we’re starting with my old pal Susanna Reid, with whom I was reunited on Good Morning Britain earlier this year. Danny Wallace, Nick Robinson and Sian Williams will also be making an appearance.

Why do you think we love talking about our pets so much? Well, they’re like our kids in some respects. We think they do fascinating and funny things, and want to tell the world about it – though I’m not sure the world is always that interested! But the podcast gives us an illuminating glimpse into people’s lives and emotions, and often their childhoods.

What’s the best thing about being a dog owner?

For me, it’s all about the love, especially with Labradors. If you’re ever feeling down in the dumps and want a hug, a Lab will always understand. They’re always up for an activity of some sort. And they unfailingly laugh at all my jokes. 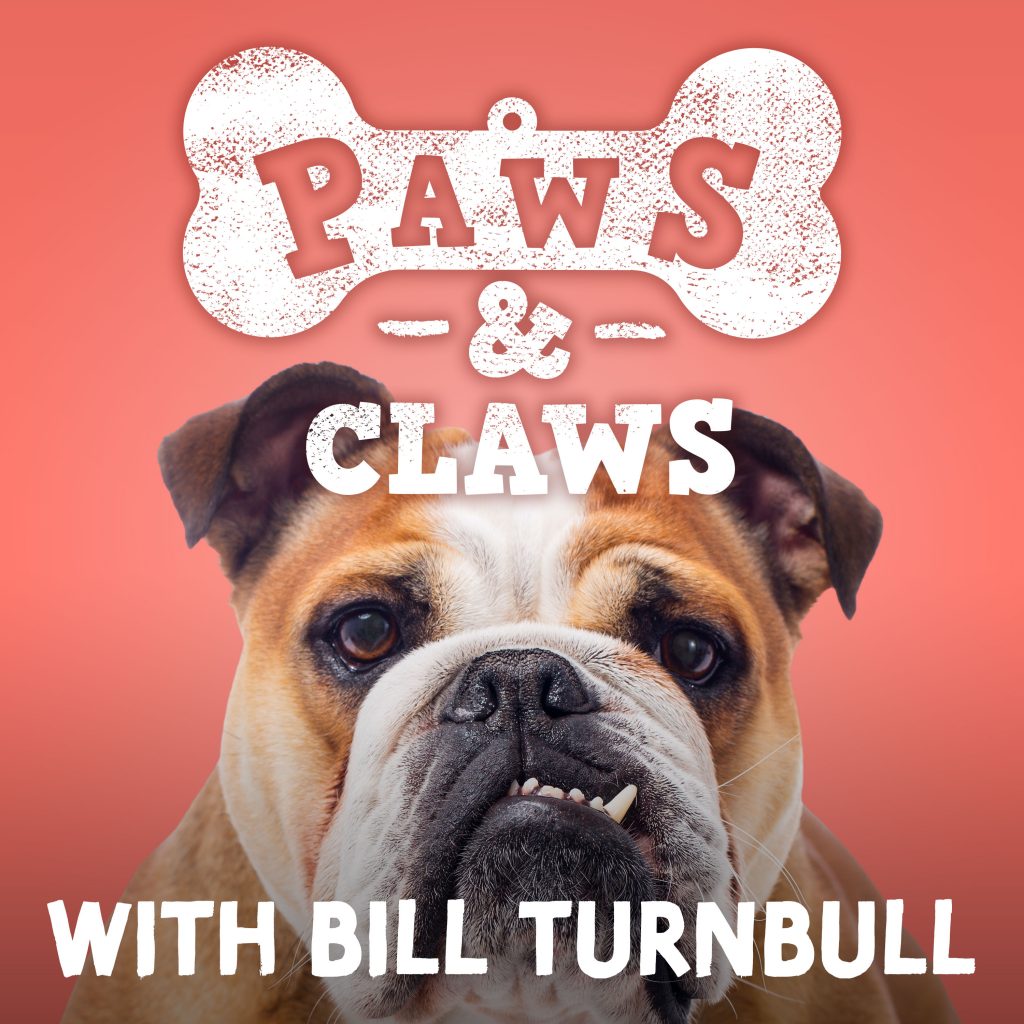 Paws & Claws with Bill Turnbull is a new seven-part podcast series for animal lovers, available to download from Global Player and all other major podcast platforms.