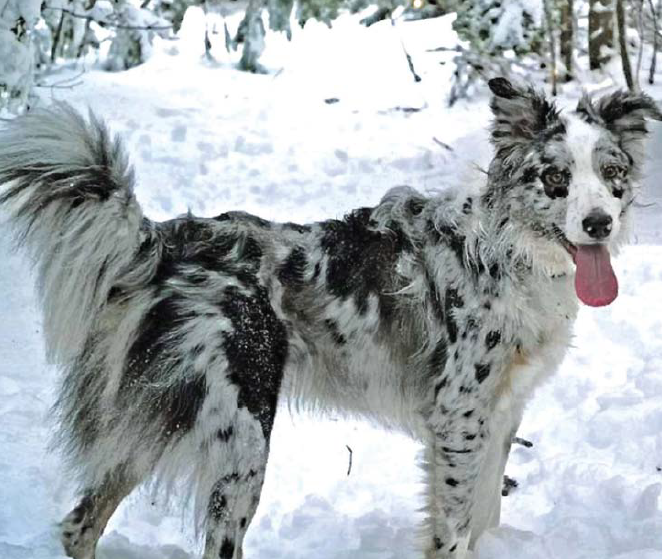 In our May 2017 edition, we featured the amazing story of Tally – a sweet Border Collie who saved a baby seal, and her owner Sarah Tough, from a terrifying situation during a walk on Crimdon Beach, in County Durham.

Now it is Tally, who is also a service dog for Sarah’s PTSD, who needs help.

Sarah explains, “Tally was withheld from me by a malicious ex-husband for nine months. I went on a two-week vacation with my young children abroad for a family wedding, and stupidly trusted him to dogsit her for that time. When we returned he refused to give her back.” 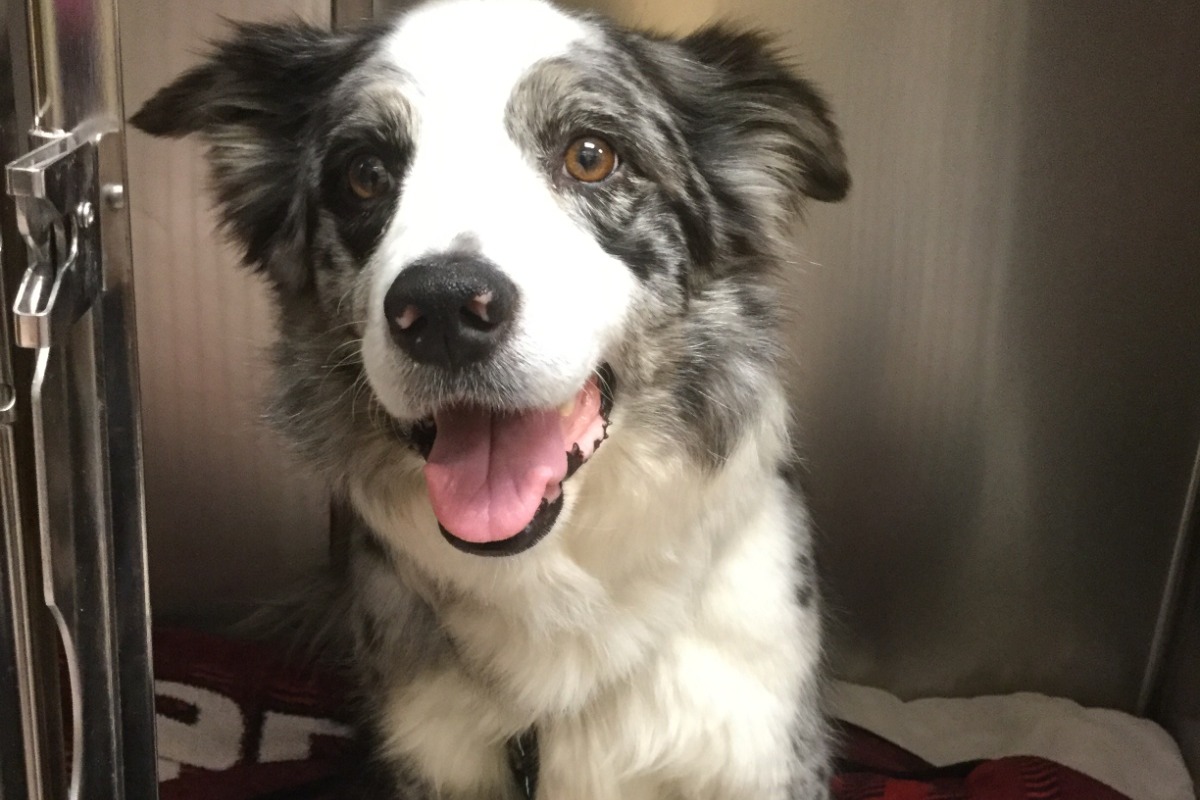 After months of desperate attempts at getting her dog back, Sarah was suddenly told that he would return her – but her joy turned to horror the moment she saw her.

“I can only assume that he realised she was near death and didn’t want to deal with the costs, so finally gave her back,” she says.

“She was severely underweight, her muscles had wasted, she was dehydrated so much her gums were white and sticky. She had an infected abscess on one of her eyes that was leaking pus into her eye, and was truly on the verge of collapsing.

“I made the decision to take her to Alta Vista Animal Hopsital that same day, and after a blood work up, it turns out she has been suffering from Type 2 Diabetes likely for a long time – left untreated with him.”

Sarah, a single mother of two young children and full-time paramedic student, found herself with a huge vet bill she has no means to pay. She has set up a fundraising page to pay for all the veterinary treatment Tally needs to recover and return home, where she belongs. 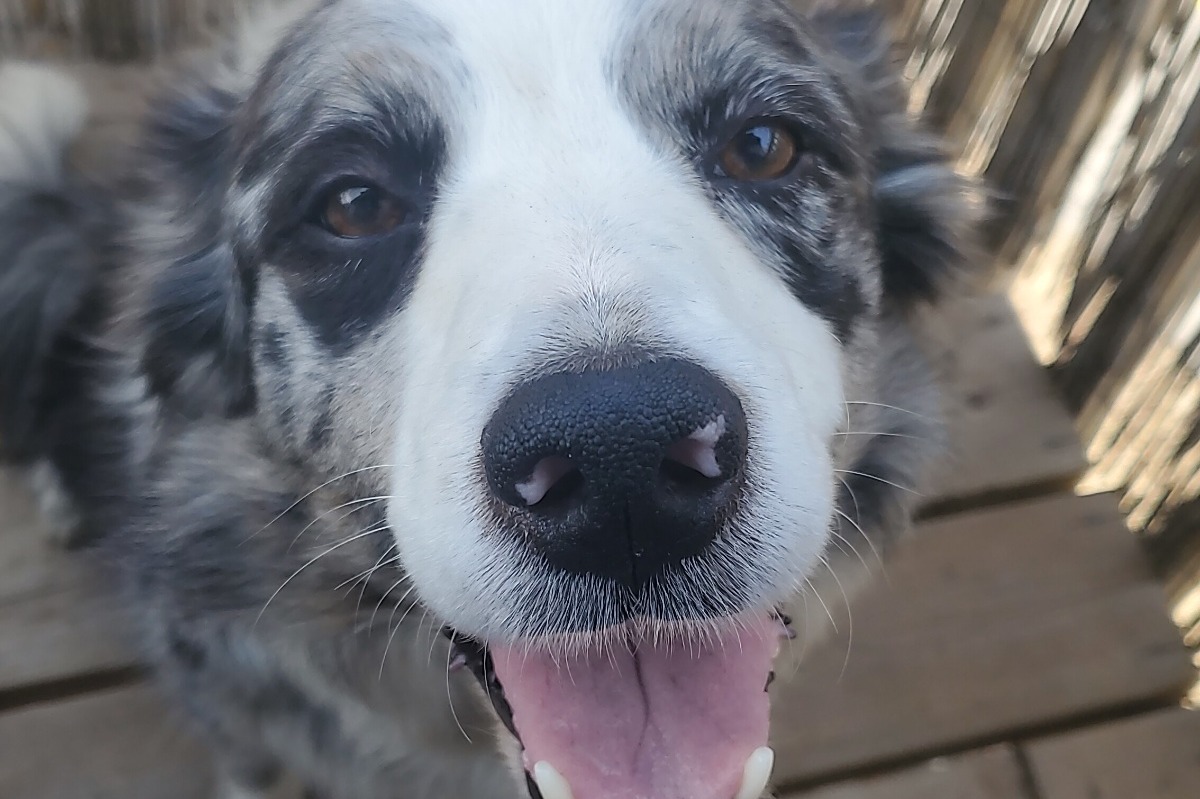 For Sarah Tough and her dog, Tally, it was supposed to be another relaxing, if chilly, March walk on Crimdon Beach in County Durham. Sadly, the pair soon realised they weren’t alone.

“I was walking my dog on the beach and saw a group of people in the distance,” explains Sarah. “I couldn’t see very well, because I didn’t have my glasses, but as I got closer, I realised there was a seal on the ground. They were kicking it and rolling it around as it was trying to shuffle back to the sea, balancing bottles on its back and trying to make their dog bite it.”

Whether it was madness or bravery or sheer adrenaline, Sarah knew she had to intervene. She tried to ward the group of teenagers off the poor seal, shouting and threatening to call the police. One of them turned towards Sarah and Tally, rounding on them and swearing. 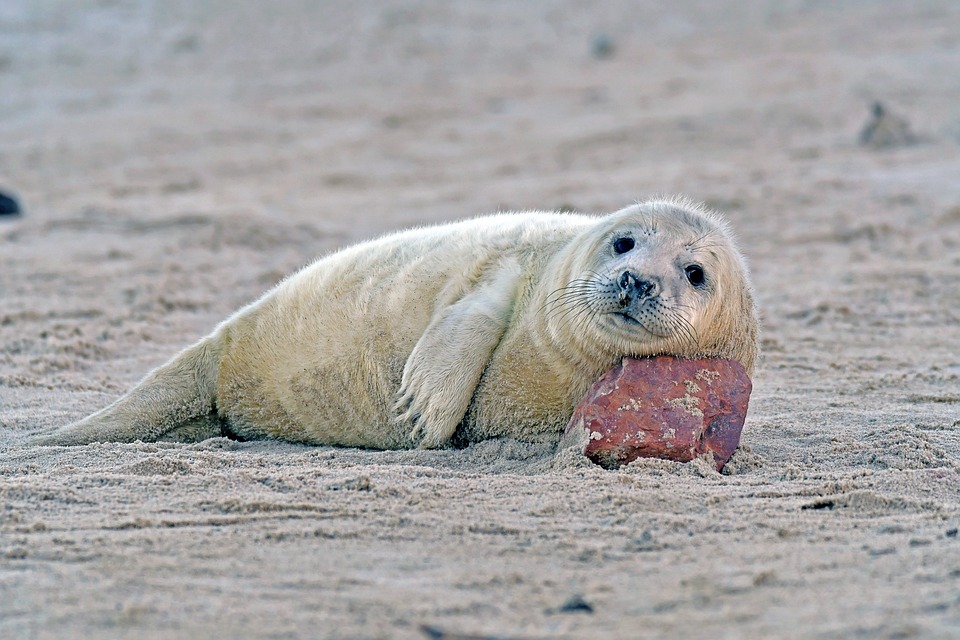 “Tally started barking and the teen lifted his arm and punched me in the nose,” says Sarah. “I stumbled backwards, and Tally lurched forward and clamped down on his ankle. He was screaming and kicking, shouting at me to get my dog off him. But she wouldn’t let go until I called her back over!

“They began slowly walking off, shouting names at me. Tally kept lunging forward at them and barking. I never thought she had it in her, to defend me physically. She’s so friendly and loving towards people – but she knew that he wasn’t friendly. She’s my therapy dog too and helps me through anxiety attacks and wakes me from nightmares.”

Soon it was just Sarah, Tally and the little seal on the beach, left in the frosty aftermath of what had just happened. “My nose piercing had been pushed into my septum and it was bleeding a lot,” says Sarah.

“A searing hot pain; my eyes were watering and I couldn’t see anything. I was just holding on to Tally for a while; she sat on my lap and wouldn’t look away from where the group had disappeared. I stemmed a lot of the bleeding, and called the police, who also contacted the RSPCA. 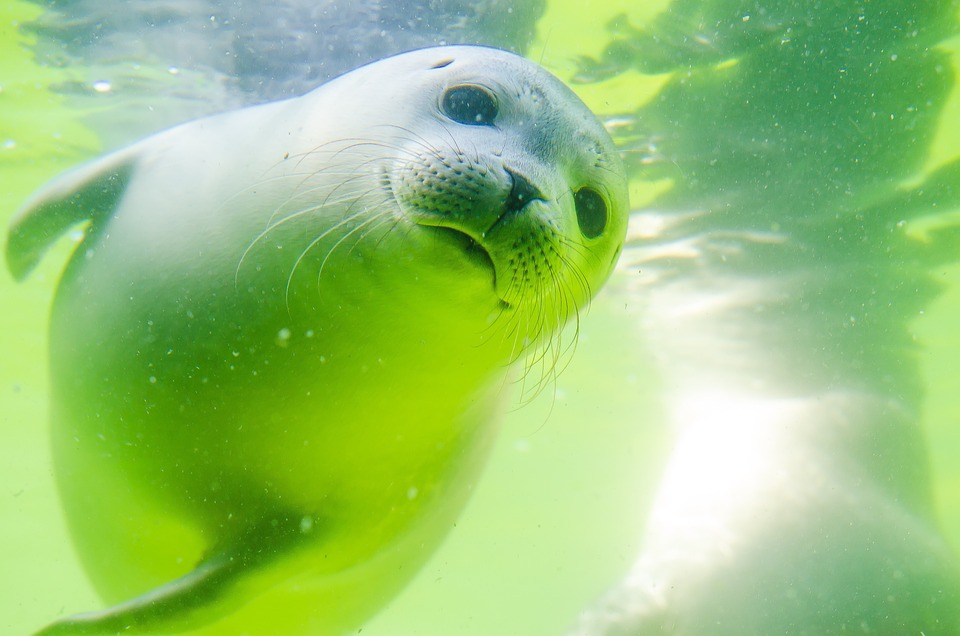 “I began to get really cold and shivery. I think I was suffering from mild shock, so when I knew for certain the group had left and the police were on their way, I made my way back to the car.”

The beached seal was examined by the RSPCA and was found to be exhausted but in good health, and he returned to the sea.