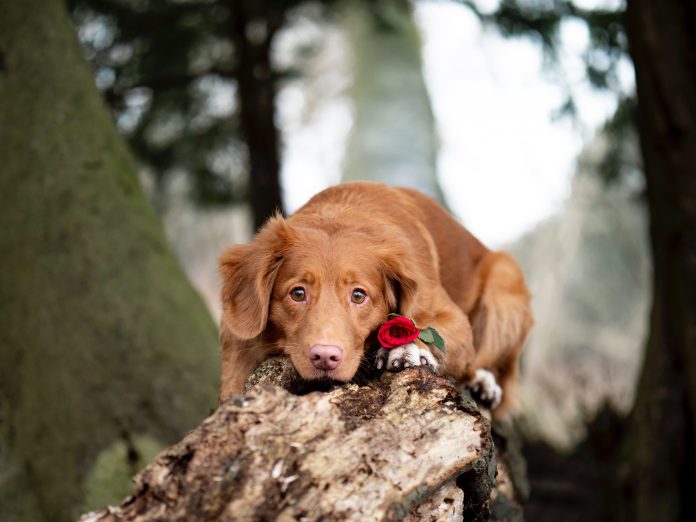 Is your dog behaving oddly this Valentine’s Day – or whenever your partner is near? Then, perhaps, your best friend might be jealous!

Why is it that dogs are man’s best friend? Every dog owner probably has their own unique answer to that question, but the unconditional love that our dogs show us has to be up there with the biggest reasons. Whether they’re watching for your arrival at the window or waiting outside your bedroom every morning, they give their humans unwavering affection day in, day out and seem to get boundless joy from nothing more than simply being in our company.

In fact, dogs have so much love to give that sometimes they can struggle to make room for  anyone else. According to experts, many breeds of dogs are prone to jealousy in response to their owners’ attention being diverted. Their naturally affectionate personalities can prevent them from stepping back, which can often lead to your dog displaying jealous tendencies towards you or your partner. It’s certainly worth keeping everyone happy – 61% of dog owners think their pet impacts the health of their relationship, and over 50% of dog-owning couples believe that their pooch encourages them to spend more time together. 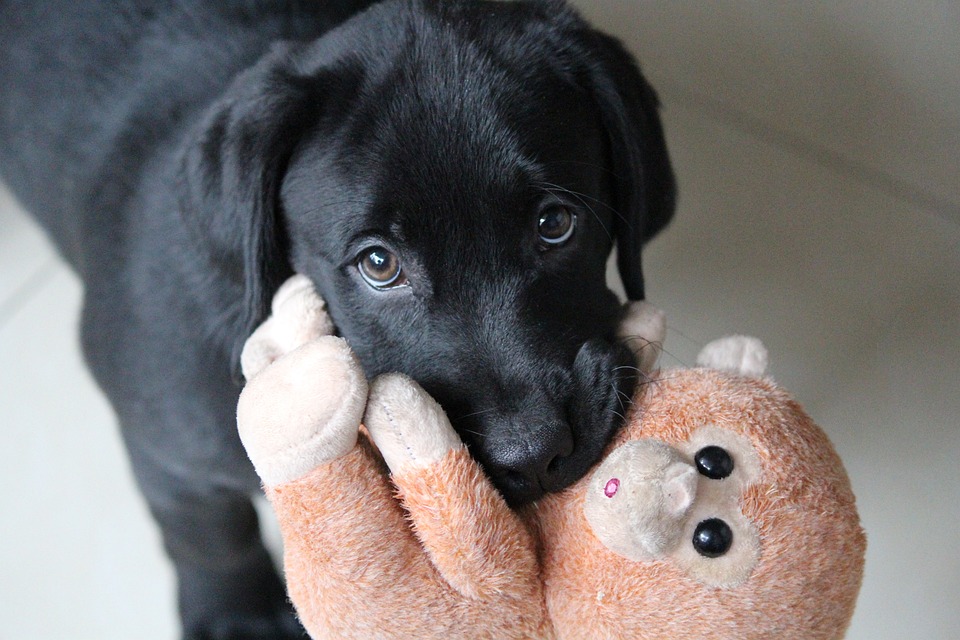 Jealousy in dogs can be triggered by many things – from huge upheavals, like the arrival of a new baby, to everyday distractions like scrolling through too much social media on your phone. But with Valentine’s Day just around the corner, it’s the perfect time to think about whether your significant other and your canine best friend could be jostling for your affections.

It might be the most romantic time of the year for us, but whatever romance you’ve got planned for the big day, make sure that your dog isn’t left feeling jealous of your partner. Carefully planning activities that can involve the two of you and your dog – such as a romantic walk, a doggy double date or even a cuddle on the sofa – will make for a stress-free special day. In order to ensure a more harmonious relationship between the three of you this Valentine’s Day and beyond, it’s important not only to be able to spot the signs of jealousy, but to know how to respond to them.

Here are the tell-tale signs of doggy jealousy to keep an eye out for along with solutions to your problem provided by Ben Cunningham, Behavioural Specialist and Education Manager at GroomArts.

We know that cats will scratch and claw your furniture but if this is something your dog adopts in situations where your attention and affection are not solely focused on them, then this can become a problem. 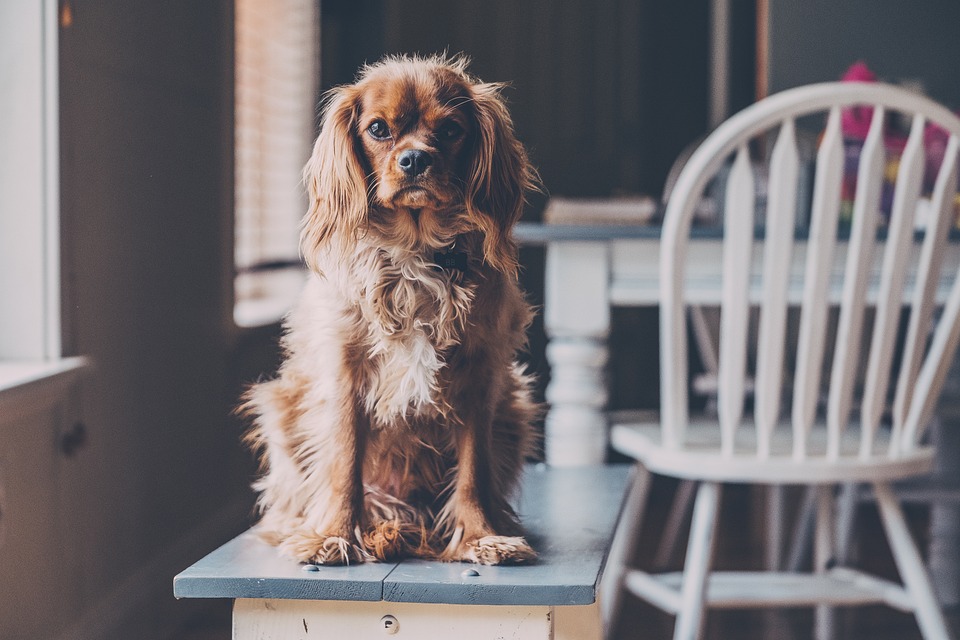 Whether it’s biting chunks out of the sofa, clawing at the carpets or simply jumping on surfaces they know they’re not allowed on, wilfully disobedient or destructive behaviour in dogs demonstrates that they’re feeling neglected. After all, if they’re lacking attention, destroying household items is a bold statement that’s bound to get them some, whether that is positive or negative.

Picture the scene. It’s the evening of Valentine’s Day. You’ve lit some candles, cooked an exquisite steak dinner and got the latest Oscar-winning movie all ready to go on the TV. You’re expecting the dog to maybe curl up at your feet, or take a position on the end of the sofa next to the two of you. 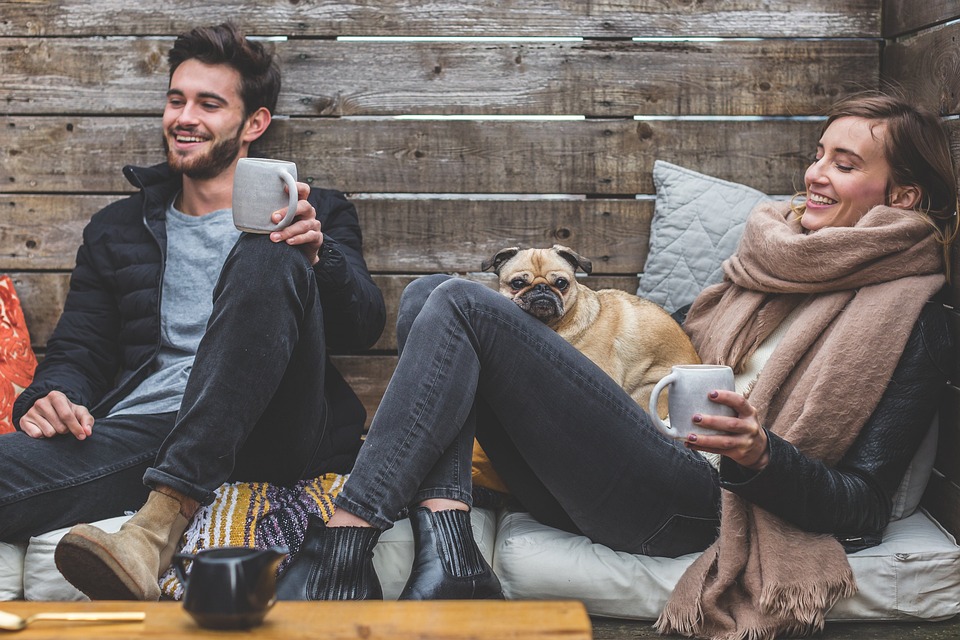 Just as you sit down and cuddle up with a glass of wine, your dog jumps on the sofa and pushes between the two of you, making it very clear that either the three of you are having a romantic night in, or no one is. If your dog can’t let anyone else get near you without barging into their way, this is a sure sign that your attention isn’t being divided equally enough.

Whether it’s rolling over, standing on two legs or spinning around in circles, all dogs love to show off their skills and all dog owners love to watch them. But doggy tricks are usually preceded by a command – so if your dog is suddenly performing a favourite party piece unprompted while you’re in the middle of doing something else, they’re doing more than just being cute. 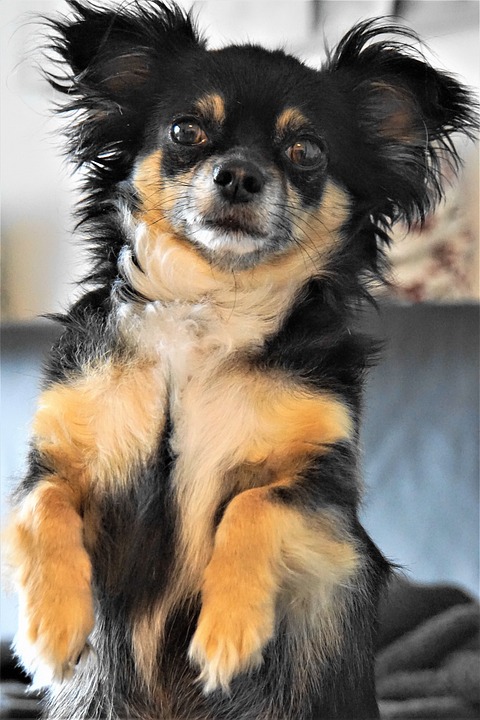 They’re likely to be feeling not only neglected but jealous of whatever it is that you’ve got your attention on, so if that’s your partner, put some attention aside for your dog and keep an eye out for tricks that show a need for attention.

You should always reward your dog for doing tricks – it’s a behaviour that they’ve learned to associate with reward and reinforces the following of commands. However, there’s a fine line between tricks and just attention-seeking behaviour, and it’s important to distinguish between the two and not reward the latter.

Neglecting to go outside to do their business can be a response to many things such as stress, a change in schedule, ageing or even medical problems – as well as jealousy of a partner. Your dog knows as well as any other that it’s not allowed, but that doesn’t mean that this behaviour is just a simple protest.

It’s common to talk about communicating with animals ‘in the only language they understand’ whether that’s through physical gestures or tone of voice. However, it’s possible for dogs to feel the same way about humans. If their frustration and jealousy reach a certain level, they might feel that an action likely to provoke anger or disgust is the only way to get through to you. 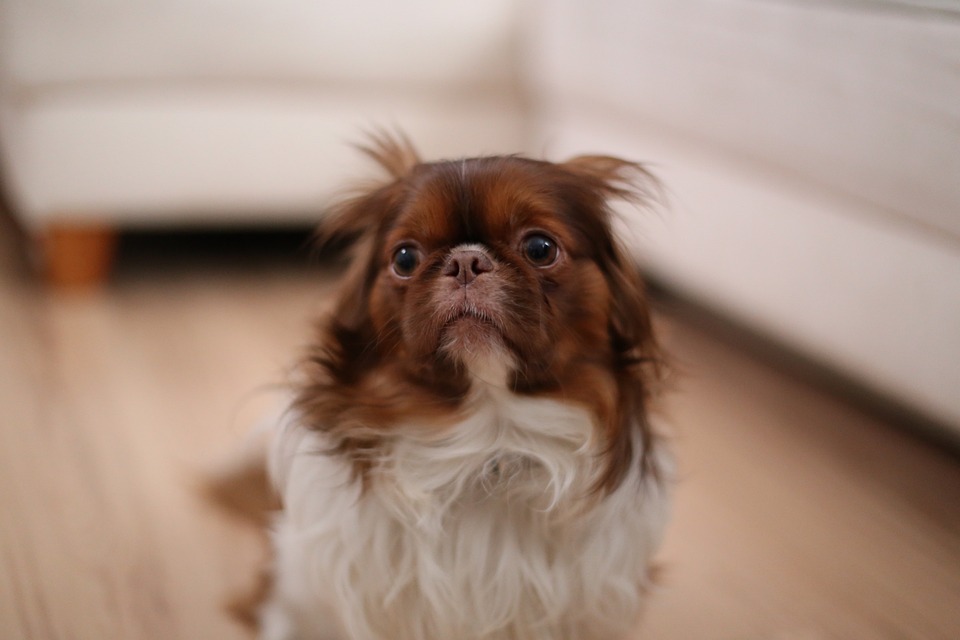 If your dog defecates indoors, as well as trying to understand where this behaviour is coming from, it’s important to address the issue in a firm but gentle way. Simply giving a verbal telling off or displaying outward signs of anger will only worsen the problem by making them feel nervous and anxious.

This is another indirect response that could be linked to jealousy of a partner, and there are several reasons why your dog might suddenly spend an excessive amount of time cleaning themselves.

Grooming is also a way for dogs to deal with feelings of insecurity or unwantedness, and to physically self-soothe when their owners aren’t giving them enough love. Self-grooming is not ordinarily a problem, but experts suggest that it can get out of hand in response to stress, boredom or frustration. It tends to stop once you give them attention in a positive but measured way, such as redirecting them to a toy or other activity when they start doing it.

There are many ways for your dog to directly express their jealousy, but all dogs are different, so their approaches to displaying this will all vary. Rather than behaving confrontationally or placing themselves between you and your partner, they may choose to back away and withdraw from your company. 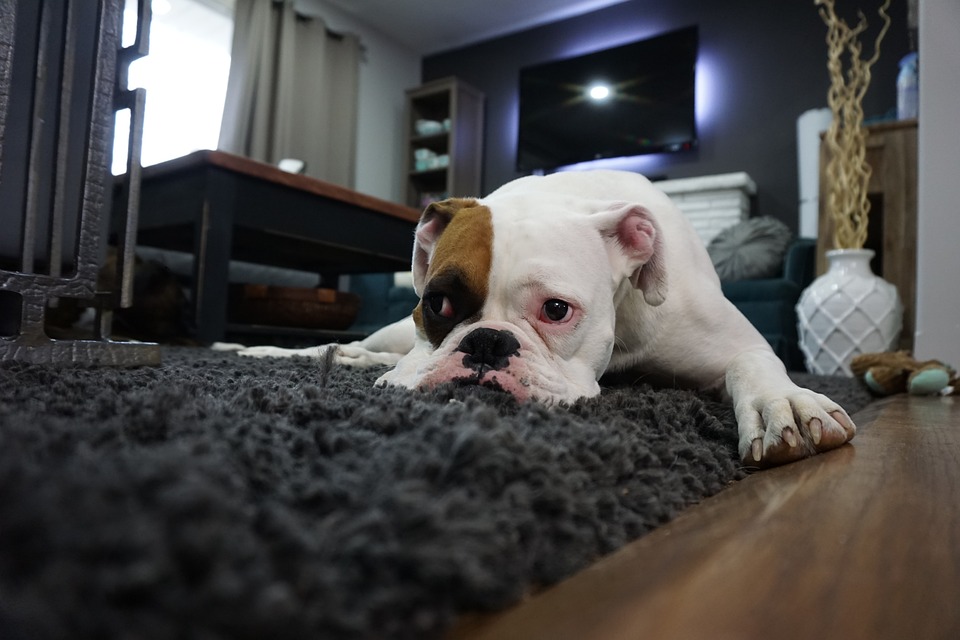 If your usually-affectionate dog has been particularly elusive lately, or seems to spend a lot of time hidden away by themselves, this could be a sign that the presence of a new or existing partner is making them feel pushed out.

Be careful not to overdo attention in response to your dog’s absence. Seeking them out and trying to coax them back into regular interactions may cause them unnecessary stress and anxiety, serving only to make the problem worse. Reward any positive behaviour and gently encourage them to take part in favourite activities such as walks – this should eventually bring them back out of their shell. 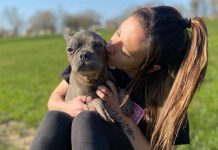 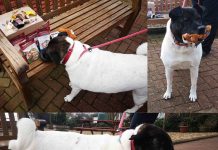 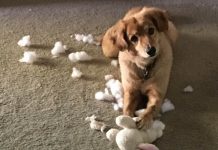