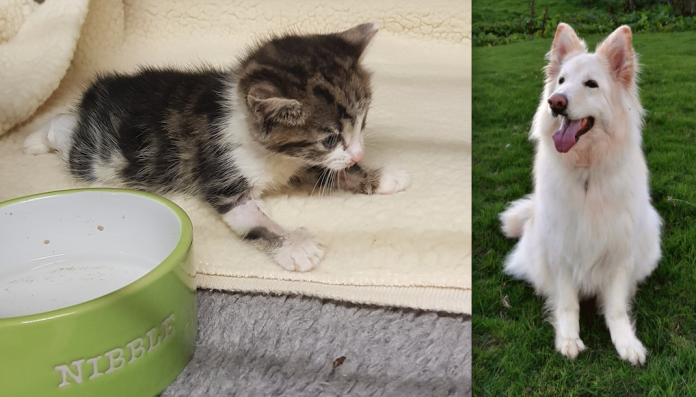 A four-week-old kitten named Ellie was on the brink of death, and desperately needed blood. With no suitable cat donor available, Ellie was saved by a unlikely hero – the veterinary nurse’s dog, Bella.

“I got a call about Ellie overnight to say she was very poorly,” said Maureen,  who has saved countless cats since setting up New Beginnings five years ago.

“She was absolutely covered in fleas and when we got her to the vets she had no red cells and her gums were actually white. She needed a transfusion and because it was so urgent, they did that with blood from a dog.”

The doggie donor was Bella, the dog of vet nurse Helen Spry. The life-saving procedure, known as a xenotransfusion, kept Ellie – who, at just 10 ounces, was less than a third of the weight of a bag of sugar – alive.

“Ellie was suffering from severe anaemia,” said emergency vet Sara Jackson, who is the district clinical lead for the Vets Now Gateshead clinic.

“Blood transfusions between two species are not common. But if we didn’t do it, she would have died, so we had nothing to lose. Although the xenotransfusion kept her going for several days, it wasn’t enough and she deteriorated again and we needed to organise a feline blood donor.”

Cat’s blood is a little harder to come by than dog’s blood so with time running out, Maureen put out an urgent call to her charity’s 6000 followers. Thankfully, one of them had a healthy cat she thought might fit the bill and checks at Vets Now found she was a suitable donor for the ailing kitten.

“The donor cat was an absolutely perfect match, so it was able to go ahead in the nick of time,” said Maureen.

Following the donation and dedicated after-care, the kitten soon showed signs of a remarkable recovery.

“She somehow made it through the night and in the morning she was much brighter and even eating and playing,” said Sarah.

Supporters of New Beginnings rallied round to meet the cost of the skilled Vets Now treatment, and soon Ellie could go home. 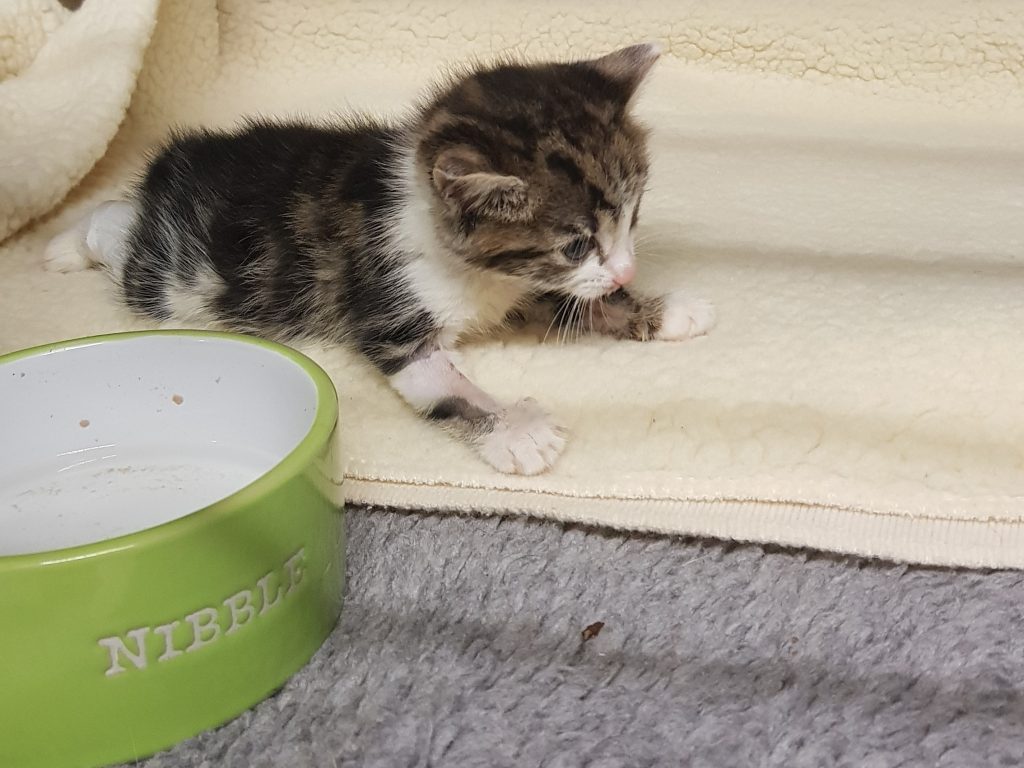 “Vets Now did an amazing job with her and we’re so grateful to them. Just the week before I had two cats die before I could get them help so it was beautiful to get her home.

“She was soon running around the living room and putting on weight. She had actually been called Angel but I think it was only right that we renamed her Ellie, after the cat that saved her.”