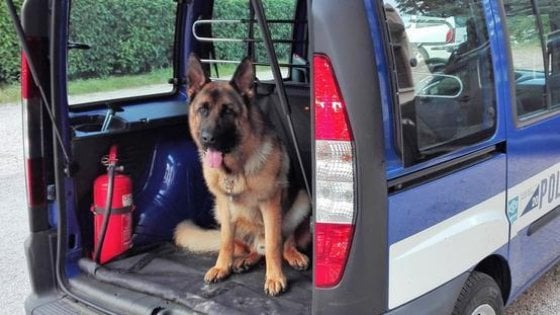 When drug detection dog Rocky died suddenly due to GDV (Gastric Dilation-Volvulus), commonly known as bloat, the police force in Thiene, a small town in Northern Italy, were grief-stricken. Many expressed their sympathies – including the very people Rocky was meant to help hunt down.

On the morning of 19 November, shortly after Rocky’s death, a message was found by the police station’s parking lot – with a small amount of drugs in it as ‘proof’ of its authenticity. 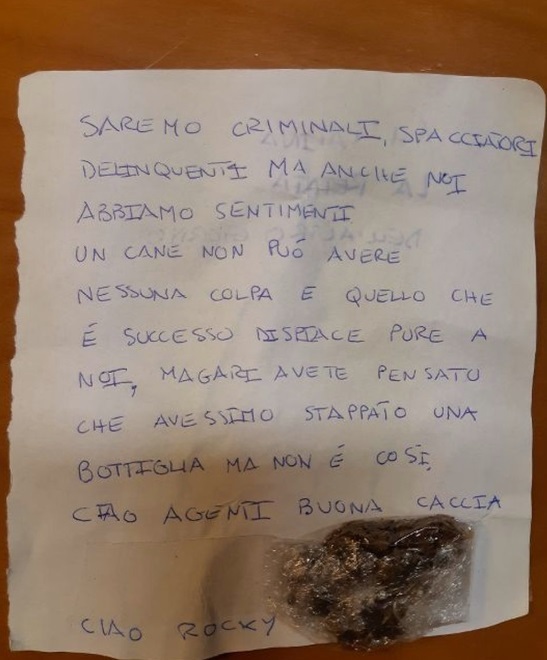 “We may be criminals, dealers, delinquents, but we have feelings too,” the letter read. “Dogs have no fault, and we are sorry for what happened. Maybe you thought we’d pop a bottle, but it wasn’t so. Bye agents, happy hunt. Bye, Rocky.”