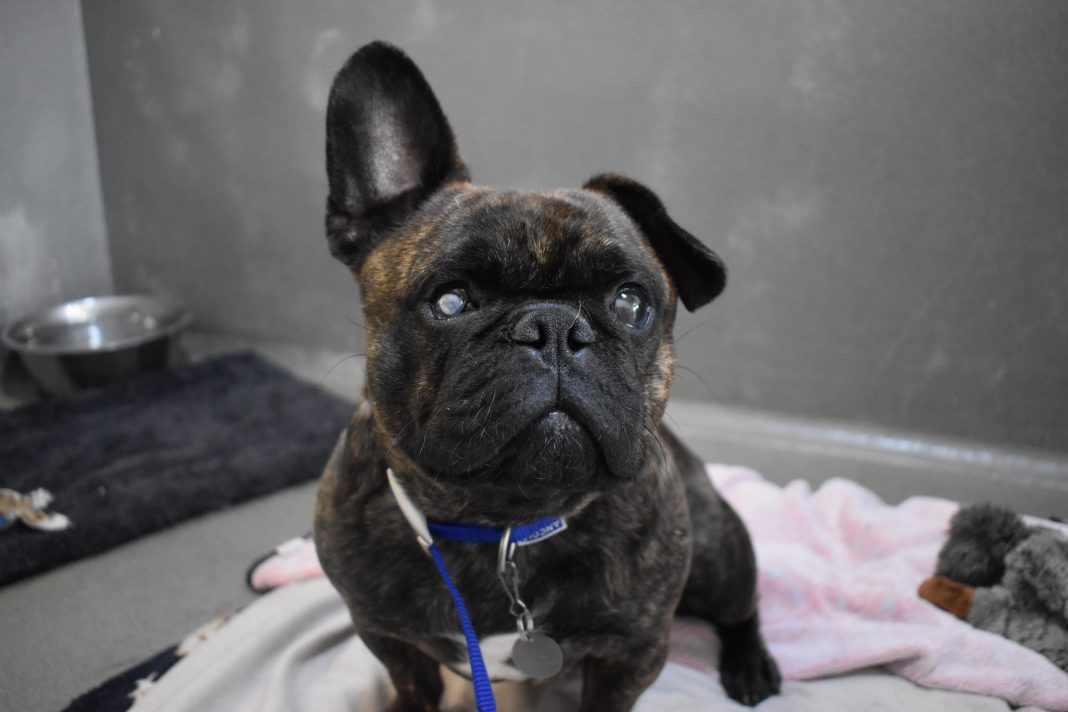 Pirate – a blind, one-eyed French Bulldog cross from Battersea Dogs & Cats Home – is about to start a new adventurous life after finding his forever family.

Before coming into the charity’s care, one-year-old Pirate had never left his previous home. Because he was born blind, the young dog’s previous owner assumed he wouldn’t need walking; meaning that Pirate never knew what it was like to explore the outside world.

Rebecca MacIver, Rehoming and Welfare Manager at Battersea says, “Dogs heavily rely on their sense of smell to explore the world around them and even if your dog is blind, their disability shouldn’t hold them back from doing all of the regular things that dogs do.” 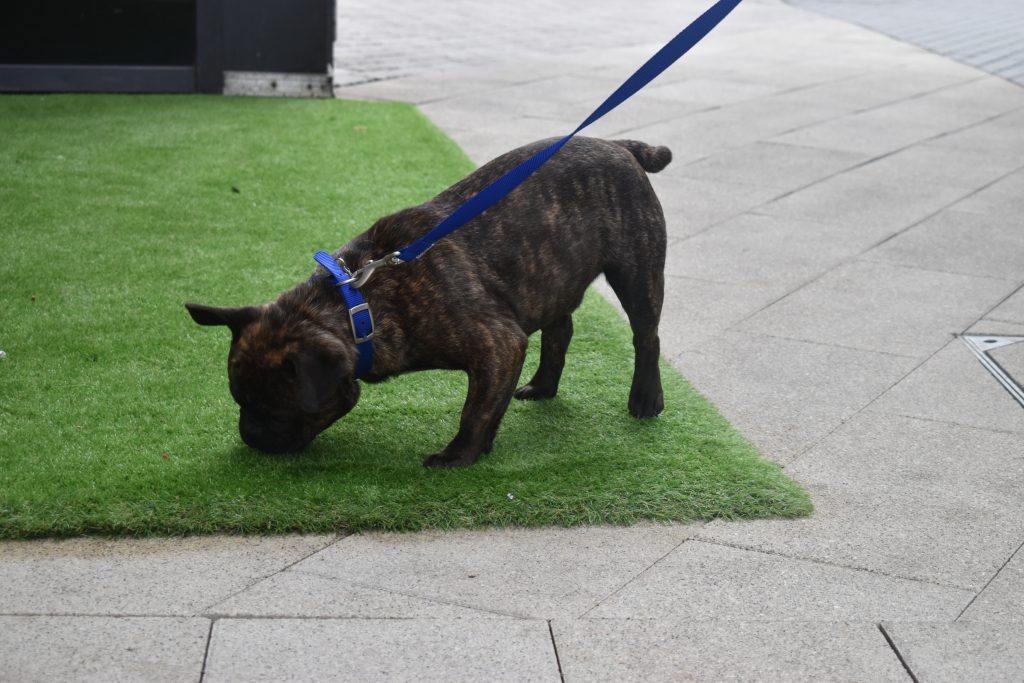 “When Pirate first arrived, he was quite apprehensive and nervous of the outside world. But since being in our care he has had his first taste of adventure – he went on his first ever proper walk and was allowed to explore his surroundings in a search for hidden treasures. He has also met lots of people and dogs and now has quite a crew!” 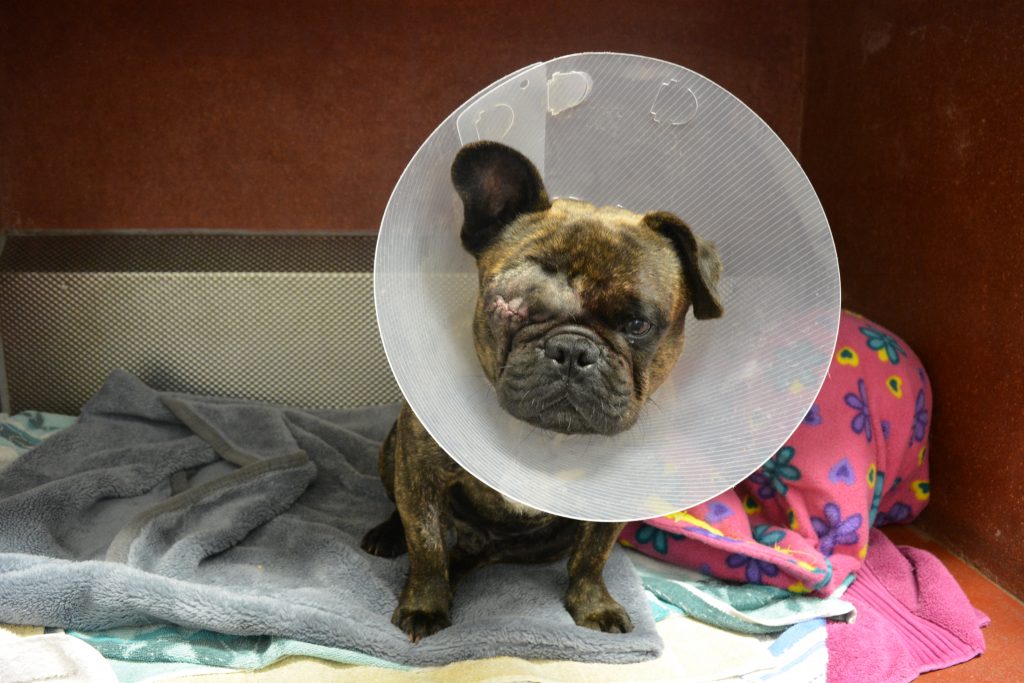 Pirate had also never been seen by a vet and needed multiple veterinary treatments before coming to Battersea. These included basic vaccinations as well as eye removal surgery. Thankfully it wasn’t long before Pirate found a new home with Christine and her husband Jack.

Christine works in Recruitment at Battersea, and first fell in love with Pirate when she spotted him in kennels. Christine said, “The first time I saw Pirate his head perked up and his right ear flopped down and I thought he was just the sweetest looking little boy. When they told me he was blind, I felt like my heart was going to burst! I made up my mind quite quickly that I wanted to take him home.” 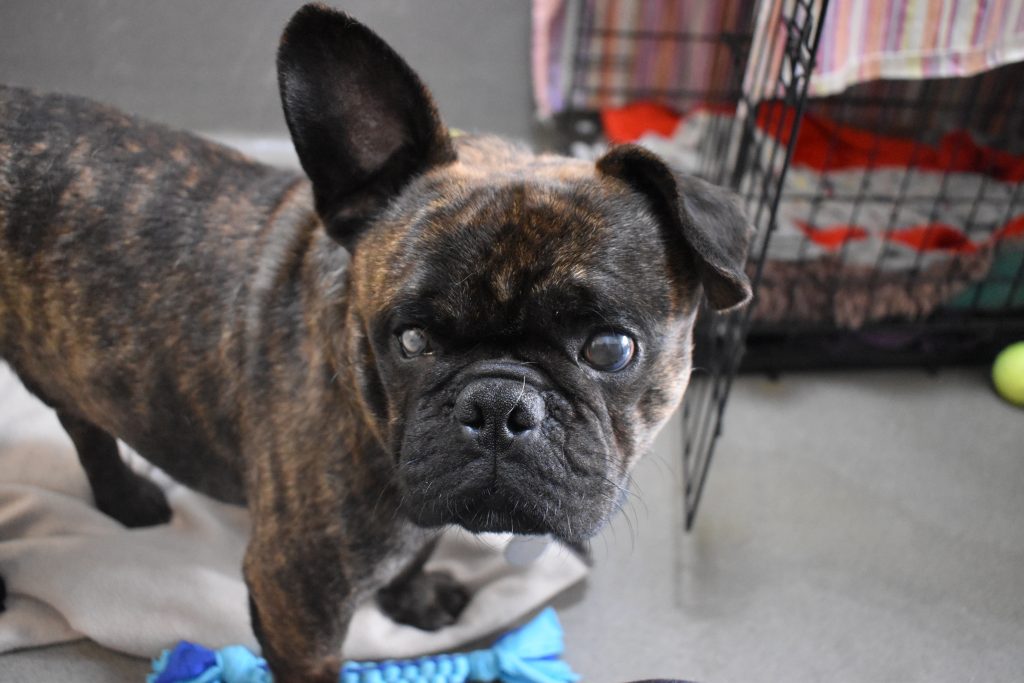 The couple are teaching Pirate spoken commands to help him navigate the outside world, which will help him gain more confidence while out exploring.

Christine continues, “Pirate has been on quite a few walks since being with us. He was extremely nervous of even walking out the front door the first time we took him out. Now he’s gaining more confidence and walking beside or ahead of us rather than nervously behind us. He’s even mastering ‘step up’ and ‘step down’ when there’s stairs or changes in pavement.”

“He is such a lovely addition to our family, we’re absolutely in love with him and we wouldn’t have him any other way.”

Rebecca MacIver continues,“Pirate is the perfect example of why people should consider adopting an animal with a disability. Despite being blind and not previously having any experience of the outside world, he’s taken everything in his stride and can now live the fulfilled and exciting life that he deserves.” 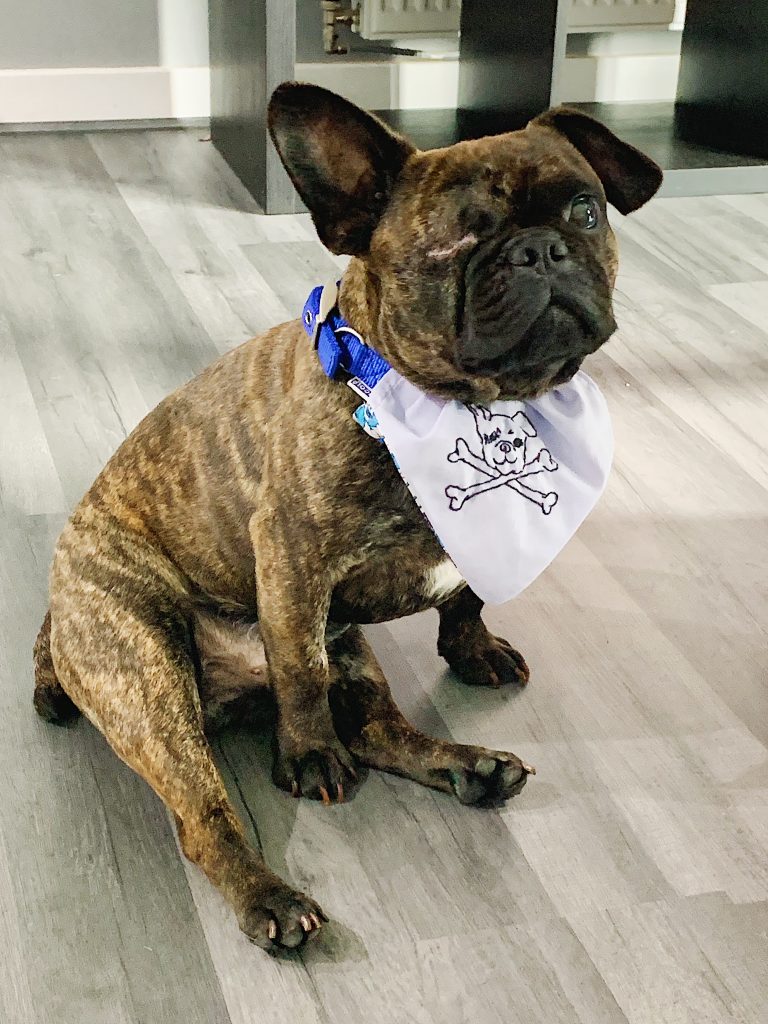 If you’d like to give a Battersea dog a home, please visit www.battersea.org.uk.