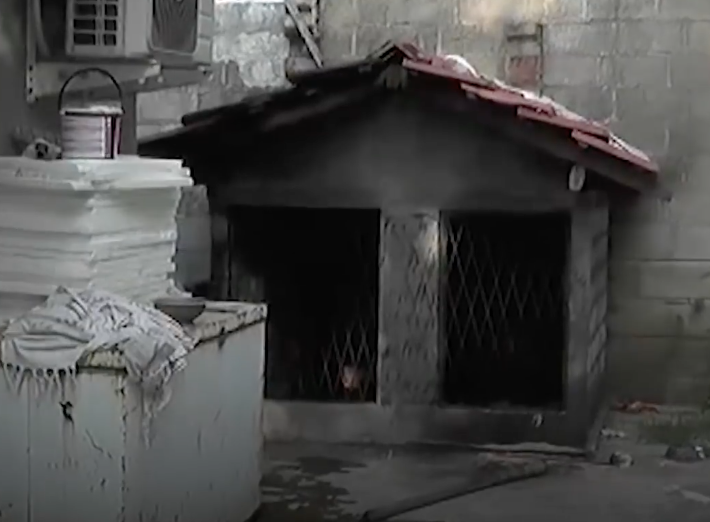 A pet Labrador called Charlie has lost his life in a horrific attack in Sri Lanka, burned alive in his kennel. This is one of several high-profile case of animal cruelty in the country, shedding light on the desperate need to replace its severely outdated 1907 animal welfare law.

A charity worker for Animal SOS Sri Lanka wrote, “I was working into the early hours of the morning on charity work and received a frantic message via Facebook from a guy saying his dog was set on fire. Some maniacs had gone to the dogs kennel in the early hours, doused the dog with kerosene, lit a match, and set the dog on fire.

“The dog was screaming in agony and the owner was driving around the Negombo area trying to find a vet. Being in London, I contacted Shivanthi who immediately went to the scene. The dog jumped into her car to be taken to a vets for emergency treatment. This innocent, gentle soul lost his battle for life today after suffering immensely since the attack.”

Charlie was hurt for nothing

Humane Society International (HSI) is now calling for the Sri Lanka government to take action. A HSI statement reads, “Sri Lanka’s Animal Welfare Bill is yet to be passed into law despite having received Cabinet approval in January 2016. The Bill is designed to replace the country’s Cruelty to Animals Ordinance of 1907, which is an inadequate deterrent against animal cruelty.

“The maximum punishments currently available are a 100 rupee fine (equivalent to the cost of a bottle of soda in Sri Lanka) and a prison sentence which may extend to six months, which campaigners believe have rarely been imposed.” While arrests have been made in this case, more needs doing according to Humane Society International’s Sri Lanka Director Vositha Wijenayake, Attorney-at-Law.

“Enacting the Animal Welfare Bill is now an urgent need in Sri Lanka where punishments for cruelty to animals are woefully inadequate and rarely enforced,”Wijenayake says. “As a result, there is little to deter offenders from committing animal cruelty. This has to change.

“Sri Lanka has been dragging its feet for too long in bringing the Animal Welfare Bill into law. Animals and people alike benefit from animal protection being enshrined in law, because a society that ignores wanton acts of cruelty to defenceless animals sends a disturbing message to the community that those who cannot speak for themselves are worthless.

“To promote a humane society we need to start with the humane treatment of all living creatures.”