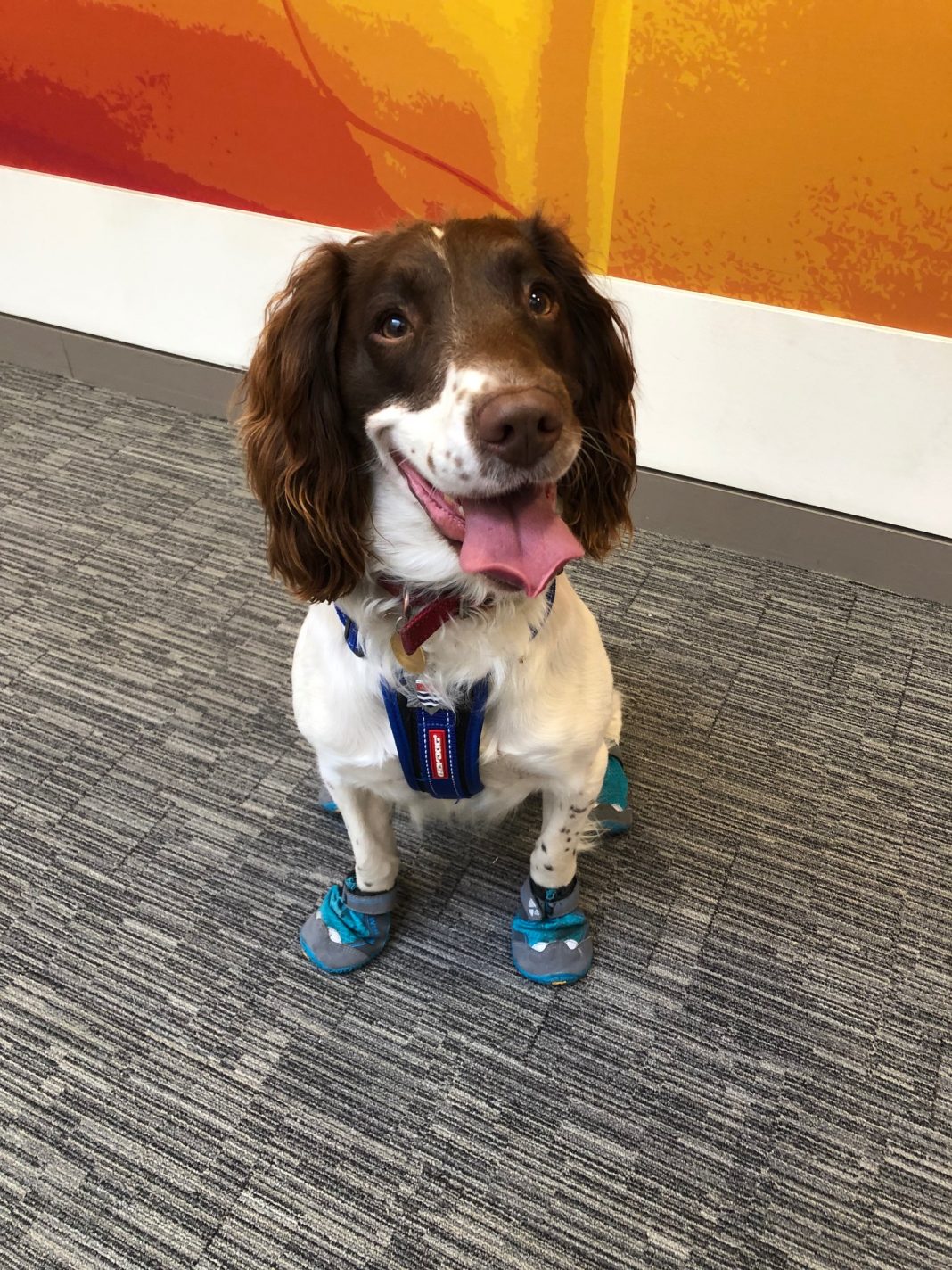 Simba, a two-year-old Cocker spaniel, has joined London Fire Brigade’s investigation team to sniff out the causes of fires across London. Simba is the Brigade’s sixth fire investigation dog, and will be assisting at the scenes of fires with his fellow canine colleague Sherlock to help speed up investigations and keep the costs down.

Fire investigation dogs have noses more sensitive than any piece of portable equipment used to detect accelerants. They are selected at a young age based on their drive for play and follow a positive reinforcement training programme, which rewards them each time they detect an ignitable substance.

The Brigade’s fire investigation dogs live with their handlers, and help determine whether a fire has been started deliberately. It’s no easy job though. Simba was put through his paces in a lengthy training period to see if he had what it takes to become a fire investigation dog. He was taught to identify the presence of ten ignitable substances, ranging from acetone to petrol in different forms – neat, evaporated, burnt or a mixture.

Every time he successfully identifies an ignitable substance which could have been used to start a fire, I feel an immense sense of pride. Seeing him at work never ceases to amaze me

The investigation dogs attend between 180 – 230 incidents a year. They are sent into cold fire scenes to search for one of their target substances and will identify an area of interest, which is documented before samples are taken by the police for analysis. The speed and accuracy of the dogs can save both police and fire investigators valuable time and resources.

Watch Manager Anton Keach, Simba’s handler, said, “I’ve been a firefighter with the Brigade for 13 years and part of the fire investigation team for four years. When the opportunity came up to become a dog handler, I jumped at the chance because I’ve seen first hand how valuable their work is and am fascinated by how clever and hard working these dogs are.

“The selection process was tough and the training period with Simba was very intense, but it was so worthwhile hearing that Simba had passed and was ready to come and work with us.

“Simba has been on the job for several months now and has helped at the scene of numerous fire investigations. Every time he successfully identifies an ignitable substance which could have been used to start a fire, I feel an immense sense of pride. Seeing him at work never ceases to amaze me.”

Although it may look dangerous, the dogs are never sent into hot scenes and there has been no report of any injury to any fire dog throughout the country. They also wear protective boots to shield their paws from shards of glass or any other sharp objects, as well as their own personal protective equipment (PPE) to match our firefighters and fire investigators London Fire Commissioner Dany Cotton said, “I am delighted that Simba has joined our fire investigation team and he and Anton have formed such a strong bond in such a short space of time.

“Fire investigation dogs are a vital part of the London Fire Brigade family and I look forward to seeing them working not only at fire scenes, but also within the community at fire station open days.”