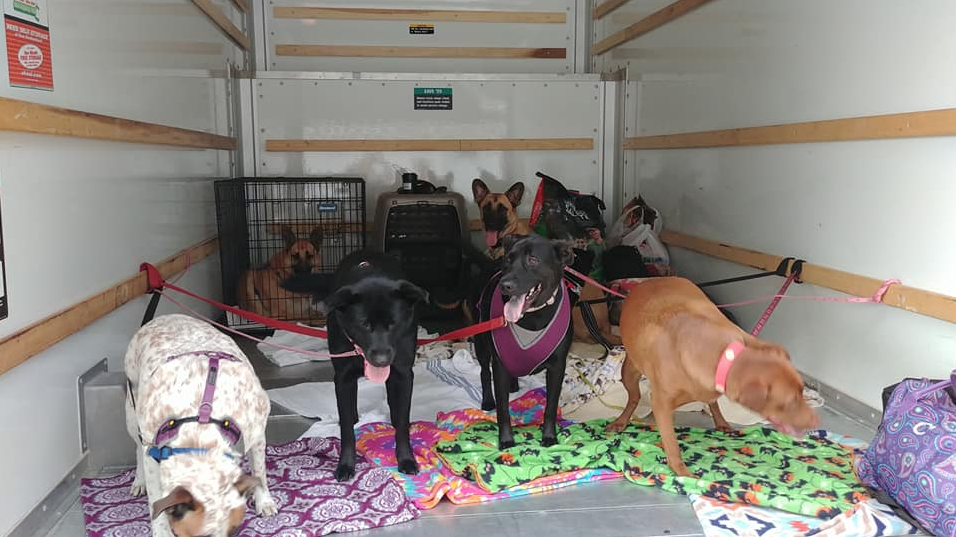 As Hurricane Florence approached, one South Carolina woman, Christine Meinhold, was left with a heart-breaking dilemma: unable to evacuate with all her seven dogs, she had to decide whether to flee without them or stay, and hope for the best.

“I really don’t have the resources to evacuate with 7 dogs,” she told CNN. “When I rescued these dogs, I took on a responsibility of loving and caring for them the rest of their lives.

“I can’t abandon them. My car has over 205,000 miles on it and won’t make it far. I can’t imagine breaking down somewhere and putting them in danger.”

After CNN reported her situation, however, a crodfunding campaign was set in motion on Facebook by complete strangers – raising enough money to rent her a truck.

We have raised funds and an army of people. Christine is now in a Uhaul on her way to TN! @GianlucaMezzo @CNN @CBCNews @TheEllenShow @Oprah It's happening! These pups will be safe from Florence #florencehurricane #rescue pic.twitter.com/Ay1yGm66ZH

Meinhold, who had rescued two of her dogs from Hurricane Matthew in 2016, was able to safely reach her family in Tennessee – with all seven dogs.