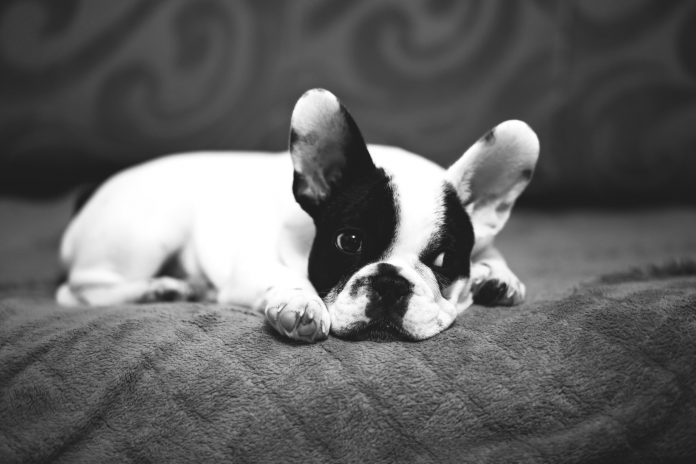 The RSPCA has launched an appeal for information after an underweight, dead French bulldog puppy was found wrapped in a towel by a Merthyr riverbank.

A member of the public made the shocking discovery on 24 July, opposite Merthyr College, by the bank of the River Taff in the centre of the South Wales town.

These pups can have serious breathing and health issues; which can lead to many challenges for new owners

The French bulldog’s body was found wrapped in a yellow towel – and after being examined by a vet was found to have suspicious movement in the neck, though not broken; a bloody mass in the throat, and was covered in fly eggs and baby maggots.

RSPCA Cymru has now launched an urgent appeal for information, in the hope of finding out more information about how the poor dead pup came to be left in such a shocking condition. The breeder of the pup has been identified, but cannot recall who the puppy was sold to.

Selina Griffiths, RSPCA Cymru inspector, said, “This poor French bulldog pup was found in a shocking state; exceptionally thin, with bones visible across the body. Maggots were visible across the coat, and the poor thing had worrying neck movement, and a bloody mass in the throat.

“A member of the public reports finding the body wrapped in a yellow towel, on July 24 in Merthyr.

“We’re eager for any information about what happened to this poor dog, and would urge anyone who knows anything to contact our inspectorate appeal line on 0300 123 8018.”

The RSPCA has reported seeing impacts of a soaring demand of breeds such as French bulldogs – which can often have serious health issues.

“We don’t know the circumstances behind this pup in Merthyr being abandoned, or what led to their condition. However, we do know  that many of these pups can have serious breathing and health issues; which can lead to many challenges for new owners.”