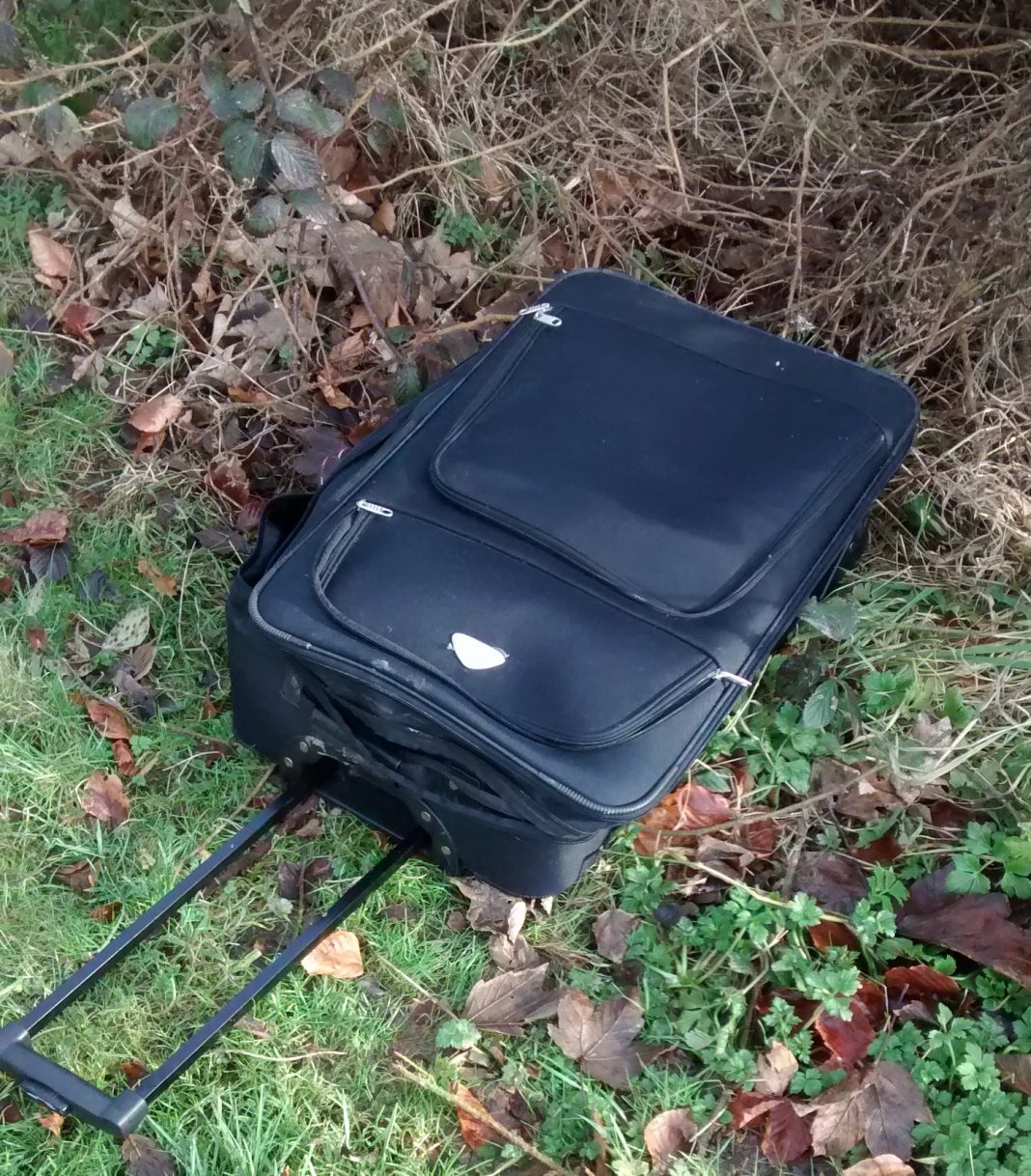 A Leeds man has been convicted of three offences and a warrant issued for his arrest in relation to the death of a dog found in a suitcase in a cemetery.

The case was heard in his absence and he was found guilty of two counts of causing unnecessary suffering and one of failing to meet the needs of Staffordshire bull terrier Leo under the Animal Welfare Act.

Leo was discovered in a suitcase under some shrubs at Harehills Cemetery on Kimberley Road on Wednesday 24 January and the RSPCA were called. “He was in a shocking state with almost every bone in his body visible. The collar he had around his neck was just hanging off him. When vets weighed him he was just 11.6kg, literally a skeleton of a dog.

“There’s no doubt that this poor boy suffered an enormous amount before he died.” Leo was microchipped to an address in Newport, Gwent – over 200 miles and four and a half hours drive away – but when Inspector Mason called the number registered she was told he had been rehomed six months ago via the internet.

A press appeal followed to try to establish what had happened to him, the coverage from which resulted in Medford handing himself in to a police station. The court heard that Medford took the dog on from some friends, who had themselves bought him from someone in York, when they found that Leo and their other dog didn’t get on and that his previous owner wouldn’t take him back. Medford brought him home on 26 November. He told police that the dog had growled at him and acted aggressively so he left him at the house.

Inspector Mason said, “He shut Leo in a room with no food or water and didn’t come back until after he was dead.

“The house was disgusting, there was faeces and urine everywhere, and splatters of blood. “The veterinary evidence found that he had suffered for a minimum of four weeks. He died of multiple organ failure after his body shut down.”