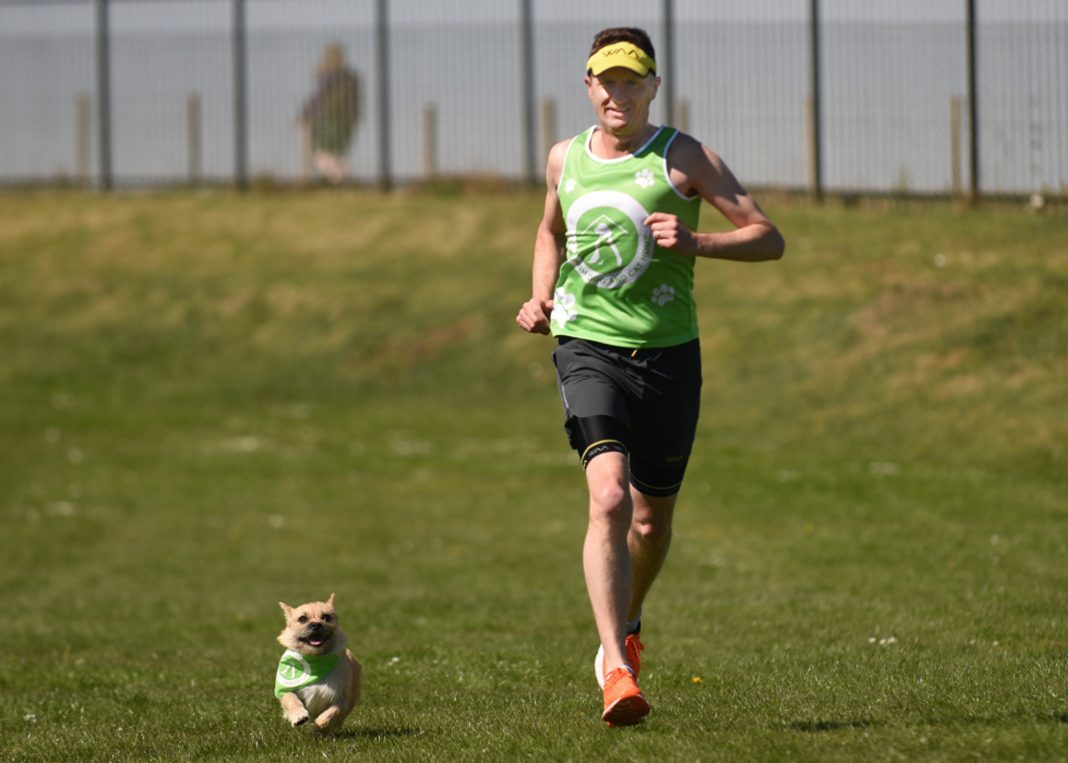 Dion Leonard, one half of celebrity ultra-running duo ‘Dion and Gobi’, is set to take on a gruelling 600-mile three-race series across the USA, all to raise funds for animals in need.

As part of his Triple Crown effort, Dion will take on three non-stop 200 mile races in three months, each of which include dizzying climbs of up to 50,000ft. All funds raised over the three month period will be split between Edinburgh Dog and Cat Home and the Little Adoption Shop rescue charity in Beijing.

Dion hit the spotlight in 2016, when he took part in a 155 mile race across the Gobi Desert and was followed for much of the journey by a small stray dog, which he later adopted and named ‘Gobi’. Their subsequent journey back to Edinburgh, which resulted in Gobi being lost for a period in the city of Urumqi, China, became the subject of a worldwide social media campaign and a book series.

Dion and Gobi have now lent their voice (and barks) to animal rescues across the world, and have become active Animal Champions for Edinburgh Dog and Cat Home.

Dion will kick-start his fundraising challenge by taking on the Big Foot 200 this Friday, 10 August, a 200-mile race taking in climbs of up to 50,000 ft up the Cascade Mountains in Washington. He will have just 4 days to complete the race, which takes place non-stop, point-to-point. This race will be followed by a further 200 mile challenge around the Sierra Nevada mountains at Lake Tahoe in September, and to round things off, the Moab 240 in October, which will take him through desert, canyons, slick rock and two mountain ranges in the Utah desert.

Speaking of his upcoming Triple Crown challenge, Dion said, “Mountains are not my strong point as I suffer with vertigo, nor are non-stop races, I am much better known for my success in multi-stage races where I can sleep a bit in between. So for me to have to push through a series of 200 mile races non-stop, with climbs of this magnitude, it will be a huge challenge that will push me to my limit. I’m not even going to have Gobi there to help me along!

“My main motivation on these difficult days will be knowing that the public are donating to help the two charities that are so close to my heart and helping to support the important work they do to rescue and re-home animals in need.”

Dion has been an incredible ambassador for the Home over the last year, and we hope that everyone will dig deep to support his latest fundraising effort

“Dion has been an incredible ambassador for the Home over the last year, and we hope that everyone will dig deep to support his latest fundraising effort. His donation to the Home will be very much appreciated as we endeavour to provide the necessary food, shelter, veterinary treatment and enrichment to hundreds more dogs and cats this year.”