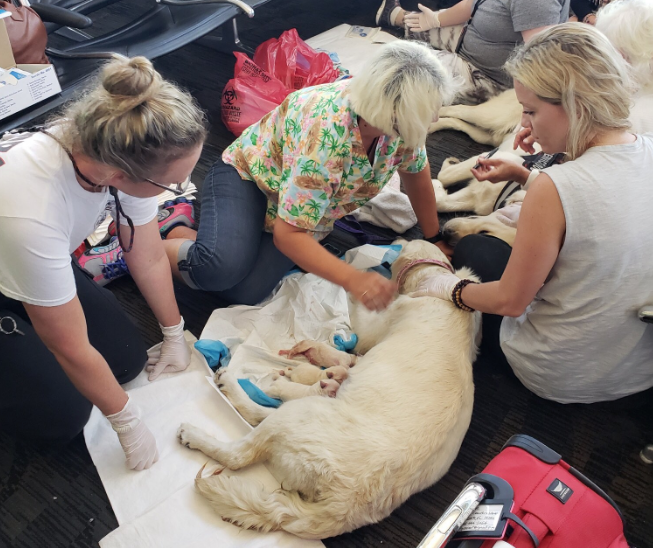 A two-year-old service dog called Ellie surprised her owners by unexpectedly going into labour and giving birth to eight puppies – in the middle of the Tampa International Airport, in Florida. The family, about to board a flight, were not expecting the puppies to come so soon.

With the help of the Tampa Fire Rescue’s medical team, who live-tweeted the event, Ellie safely gave birth to seven boys and one girl under the watchful eye of Nugged, the puppies’ proud father.

According to The Miami Herald, now the family is going to drive 1,000 miles from Tampa to Philadelphia instead of flying – with ten dogs instead of two. Hopefully, in case there is another pregnancy, they will avoid planes altogether.