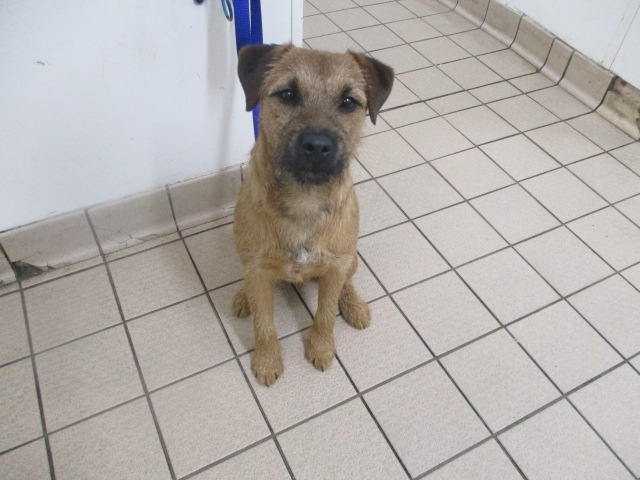 The RSPCA’s emergency cruelty line received over a million calls in 2017, and 55,821 of these were in December. Now the charity has  revealed that they have received a total of 11,530 calls about “cruelty, neglect and suffering” just between Christmas Eve and New Year’s Day.

One of those calls was about Border Terrier Milo (pictured in the main image), who was thrown from a bridge in Lingham Lane, Moreton, on New Year’s Day.

Brett Witchalls, the RSPCA’s Chief Inspector for Wirral, said, “Despite what he went through, Milo is thankfully uninjured. Staff at the animal hospital where he is being cared for say he is very bouncy and in a good condition.

“The woman who witnessed the incident said that it was a tall male in his 20s, who was driving a black Corsa, who threw Milo from the bridge. Why someone would throw an animal off a bridge is beyond us. Milo was very lucky to not be seriously injured. We are keen to find out why this happened. He may also be someone’s much-loved pet who has gone missing, and if so then it would be great to reunite him with his owner.”

Another call was for Buddy, who was abandoned in a pub car park in Hollins Road, Oldham, on Christmas Eve. The tiny pup was locked inside a pet carrier, and was found by the pub’s owners.

RSPCA Inspector Nichola Waterworth said, “There could be so many things that could have resulted in him being found in the car park; maybe someone did abandon him on purpose, or maybe he was stolen and then abandoned. I find it very hard to believe someone has maliciously abandoned this gorgeous little boy, but you never know; this job is always surprising me.

“Sadly the RSPCA deals with thousands of abandoned animals every year. That’s why we always urge people to do lots of homework before taking on a pet so they understand the commitment and responsibility involved in caring for an animal.”

Dermot Murphy, assistant director of the inspectorate at the RSPCA, said, “There is no such thing as a quiet time of year for us and the RSPCA inspectorate is dedicated to getting the job done all year round. “We expect 2018 to be as busy as ever and remain committed to helping those animals that rely on the RSPCA.”