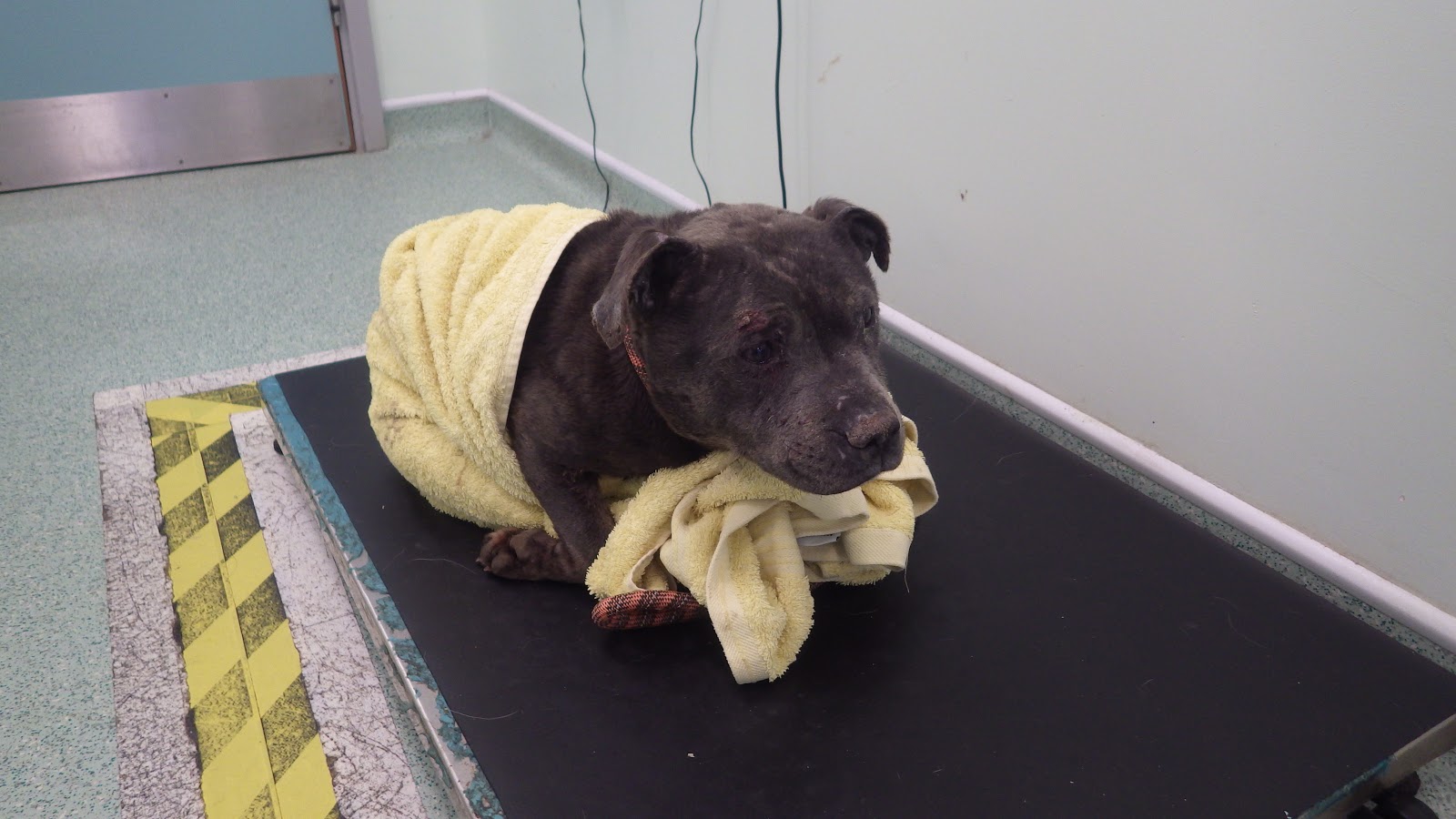 A Staffordshire bull terrier who went missing from her home four years ago was found in Birmingham with horrifying injuries, consistent with dog fighting, on 28 December. A member of the public spotted the dog, and when RSPCA inspector Mike Scargill arrived he was shocked by what he found.

The poor dog was gravely wounded, with old and new wounds all over her body – including a punctured eye, a fresh bite wound on her neck, and a wound on her rear leg so deep that it had gone through the bone. Everything about her injuries and fearful demeanour seems to indicate she was used for dog fighting and, while she’d receiving the best possible care, she is still very ill.

Inspector Scargill said, “It is heartbreaking to think what she went through but thankfully she has now been rescued from cruelty. We are hoping very much that she will pull through this.” 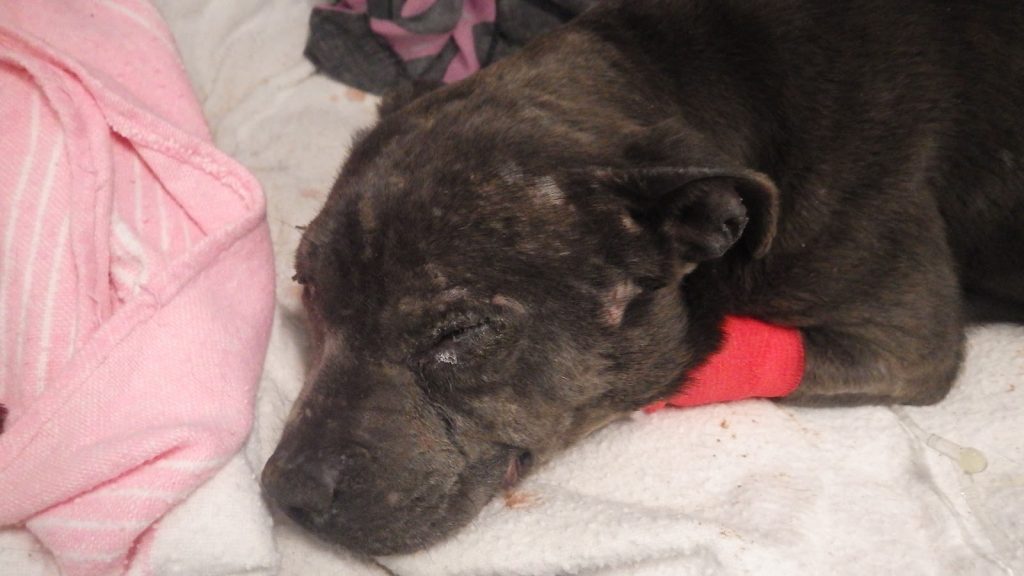 Unlike many other dogs found straying, she turned out to be microchipped. She is called Zeena, and went missing from her home four years ago.

“I have visited her previous owner, whose details were on the microchip, and they were very shocked and upset,” Scargill said. “Zeena had run off about four years previously and had not returned. She was found a significant distance from her last registered home, and the surmise is that she was found by an unscrupulous person and brutalized horrifically.

“I am appealing for the public to get in touch if they have any information regarding Zeena and where she has been for the last four years. It is clear that she has been subject to the most horrific and frightening treatment, and any information pertaining to who may possibly have done this to her will be treated with the utmost discretion and acted upon accordingly.

“Although dog fighting was banned in 1835, it still has a dedicated following among certain depraved and cowardly sections of society, and it is only through information from the public who are willing to stand up against this abhorrent practice that we can follow up and prosecute them to the full extent of the law.”

Anyone with information about Zeena can contact the RSPCA’s confidential appeal line on 0300 123 8018.