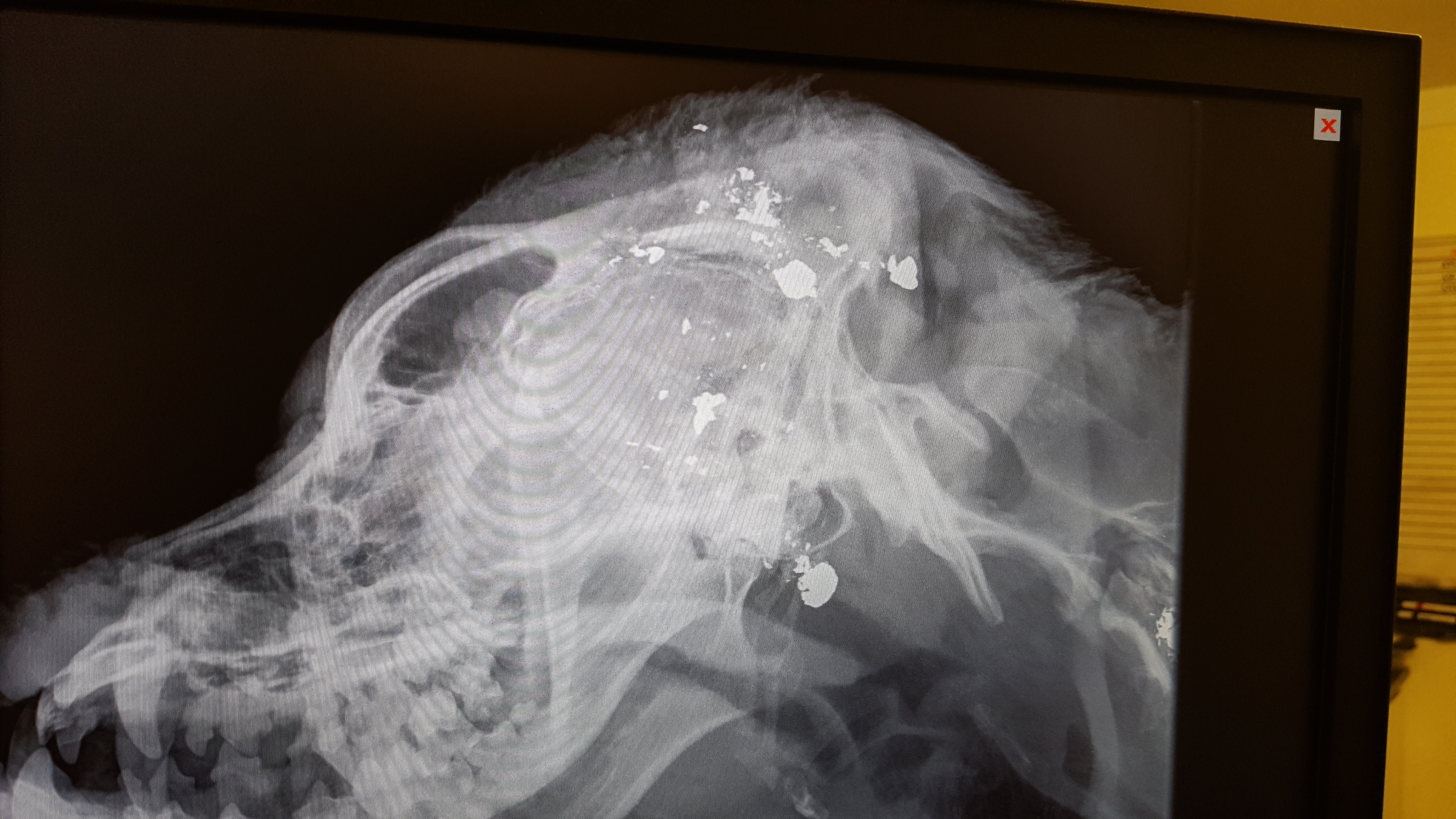 A female Dogue de Bordeaux, extremely emaciated and showing signs of having recently given birth, was found shot dead on Sunday 3 December in a field in Old Eldon, Shildon, County Durham. Despite being shot twice in the head, vets believe she did not die right away and may have been in pain for some time.

RSPCA chief inspector Mark Gent said, “I suspect this dog has had puppies, which have drained her fat reserves as she has not being fed sufficiently and perhaps partly contributed to her extremely emaciated state. It appears, rather than take her to a vet, her owner or someone else has decided to shoot her. The first attempt hasn’t been successful, so they’ve shot her again. 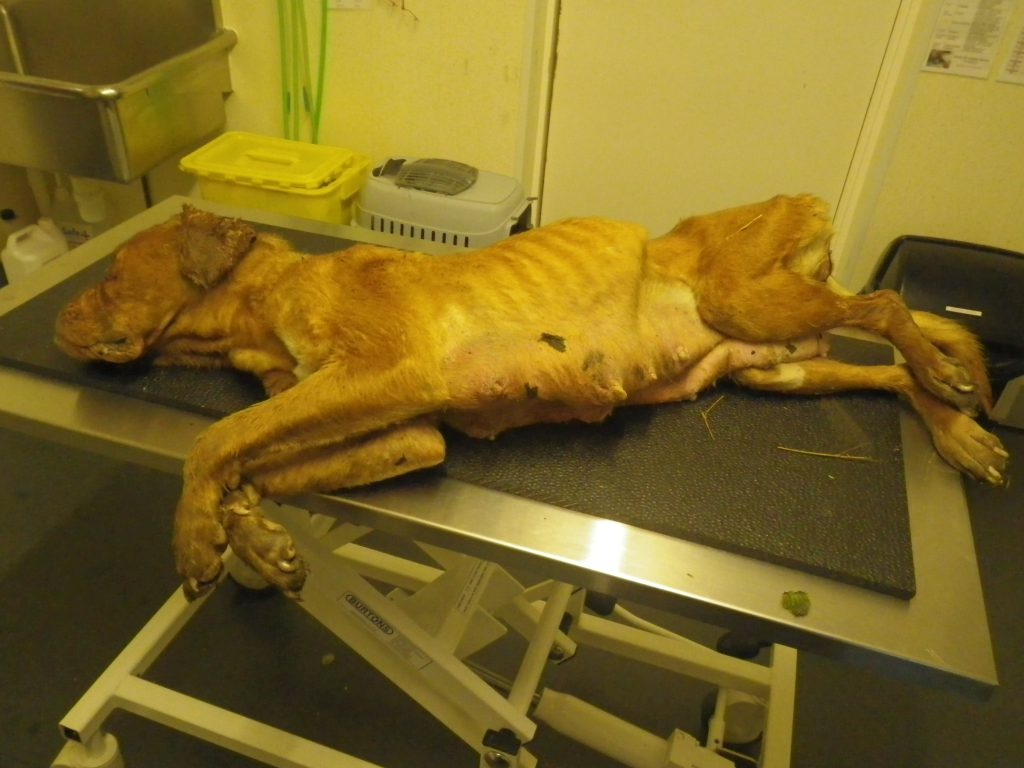 “Vets believe she would not have died straight away and would have suffered a great deal. It’s extremely difficult to think about what this poor dog has gone through.”

Her body was found in a field on the right of the lane leading to Blue House Farm, off Main Road/Moor Lane in the village. It’s possible her body may have been there for a couple of days prior to discovery.

Chief inspector Gent said, “I suspect she wasn’t actually shot at the location, and that this happened somewhere else and she was dumped there, whether this was alive or dead we don’t know. We believe she was shot with some kind of high powered air rifle. 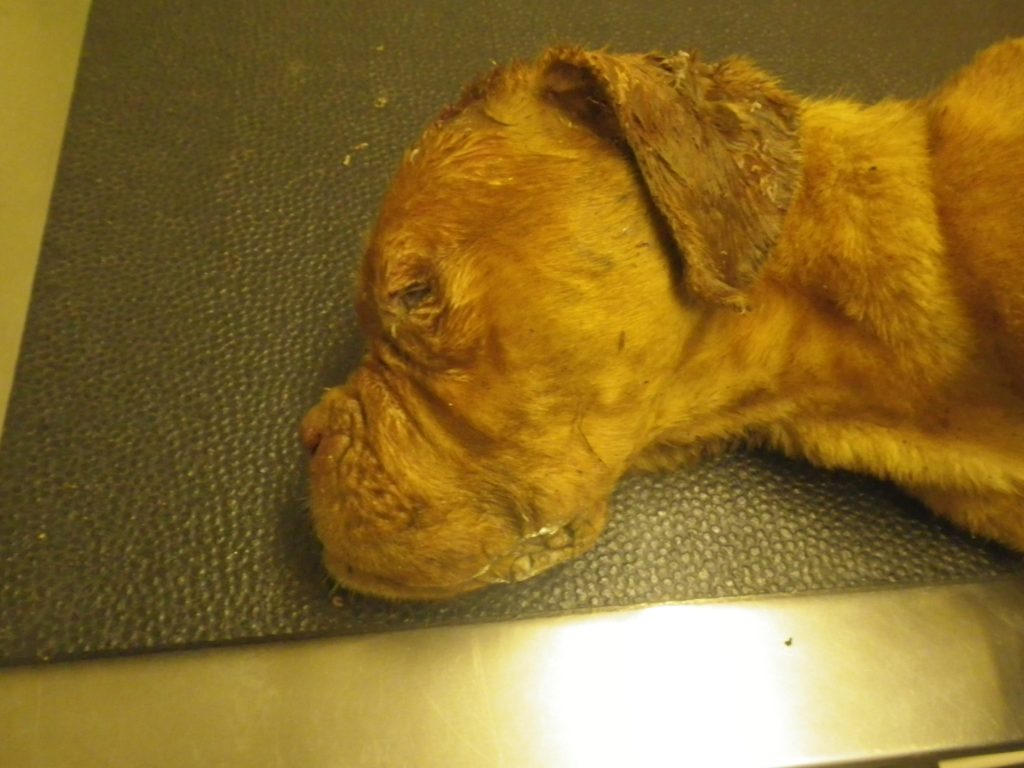 “As she wasn’t microchipped we have no way of tracing her owner at the moment, or the puppies that she has somewhere and who – given what has happened to their mum – I’m extremely worried about the welfare of.

“I want to hear from anyone who saw anything suspicious, or who knows who this dog belonged to. Please call me on the RSPCA inspector appeal line 0300 123 8018 as soon as possible.”