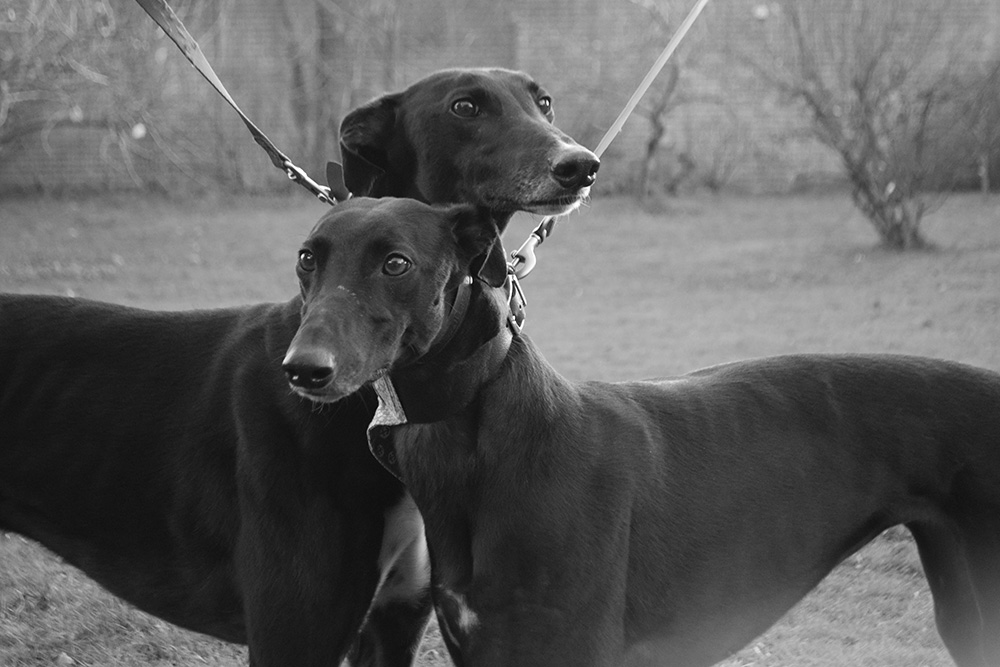 To celebrate the 75th anniversary of Casablanca, which premiered on 26 November 1942, Battersea Dogs & Cats Home’s residents posed for a series of beautiful black-and-white photos, to capture the film’s spirit – and hopefully the eye of a potential new owner.

Battersea’s Centre Manager Robert Young said, “Of all the rescue centres in all the towns in all the world, our dogs are hoping that you’ll walk into ours. They’ve all been watching Casablanca on repeat this week and getting tips from Ingrid Bergman and Humphrey Bogart about how to become the leading man or lady in their new owner’s lives. They’re looking for someone to take them home and love them – perhaps that could be you?”

Soulmates Eddie and Serena are inseparable, but the Greyhound pair still have plenty of room in their hearts for a new owner. The duo, both aged four, have been at Battersea’s Old Windsor centre for over 100 days now and they’re both starting to feel a bit lovelorn. Unlike Bogart’s serious Casablanca character, Rick, Eddie is more of a comic – and this funny, affectionate boy, loves the company of people and other dogs. Serena is a true romantic who wants to give kisses and will come up and lean on you for a fuss and a cuddle. 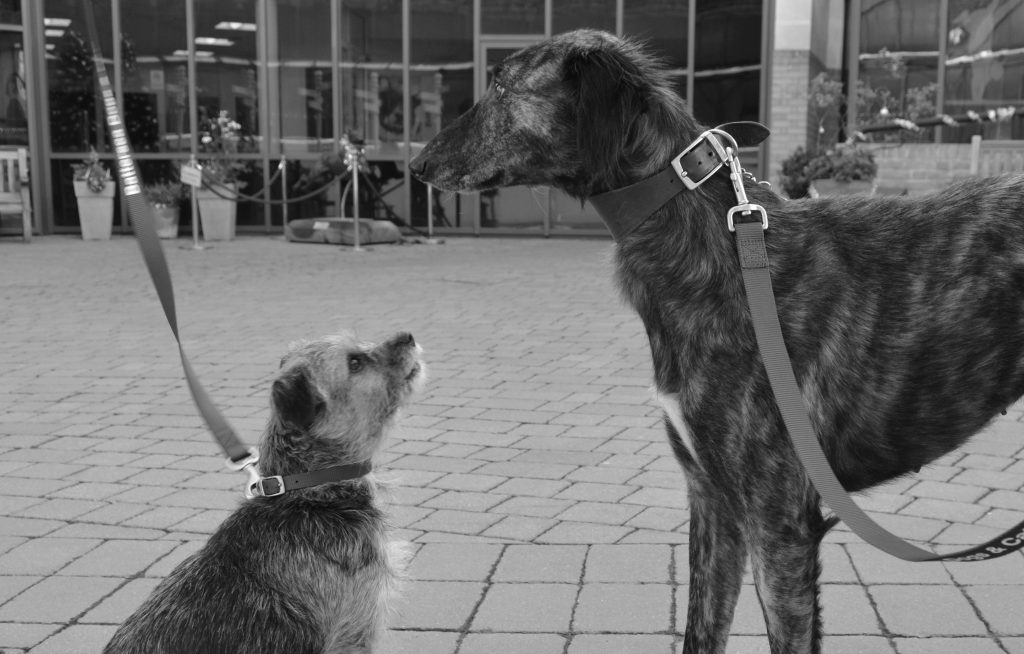 While their namesakes are from a very different movie, odd-couple Thelma and Louise found their inner Ingrid Bergman to recreate the iconic Casablanca poster. The duo, who have both proved to be wonderful actors, have not had an easy start to life. Eight-year-old Terrier Louise and four-year-old Saluki Thelma were found wandering together in park together. They were skinny and scared, and relying only on each other, before a kind member of the public brought them into Battersea’s London centre. Since then they’ve thrived and now they’re looking to fly off into the sunset to a new home together. 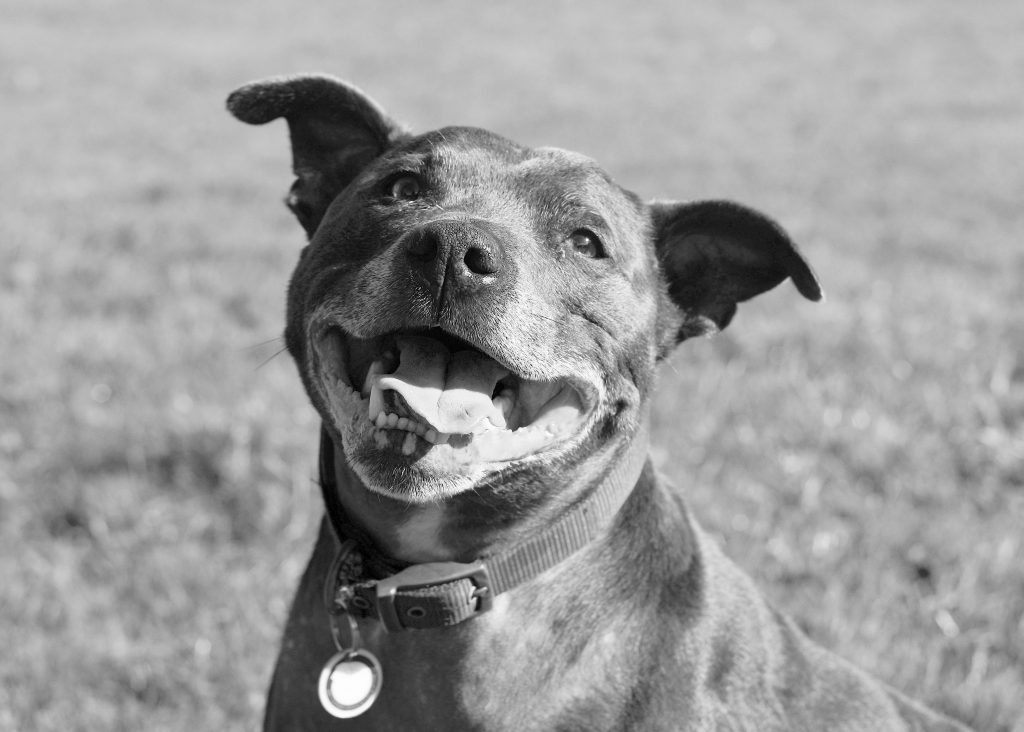 Smokey really knows how to turn on the charm for the camera.  This eight-year-old Staffordshire Bull Terrier has been passed from pillar to post during his life and he’s really looking for some stability. He’s an older boy who’s a bit stiff in the legs, but he’s ageing well and still has plenty of leading roles ahead of him. When he’s not posing for the camera, he loves to have a game of fetch – so throw it again, Sam! Smokey finds he’s at his best when he’s around people and so he’s looking for owners who are around for most of the day to keep him company. If you think that you could give this Golden Era gent a home, get in touch with Battersea’s Old Windsor centre. 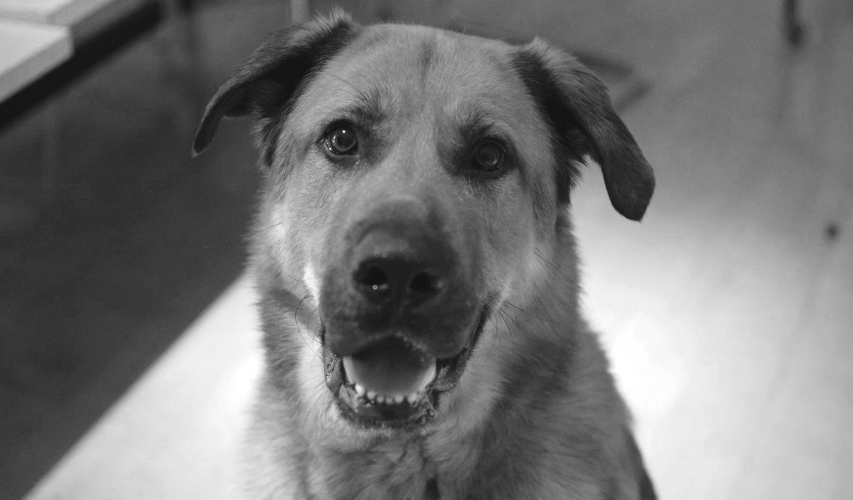 Heads always turn whenever Thunder walks on set. This enormous dog is hard to miss, but he’s well renowned in dog showbiz circles for being a big softie. Thunder is a beautiful German Shepherd cross Mountain Dog, who’s sure to melt the heart of any big dog enthusiast. He can be a bit of a goof with other dogs so he’s looking for owners with experience of large breeds who can teach him the art of subtly.  Thunder is a rising star, and this three-year-old is going to be an amazing dog with the right owner.