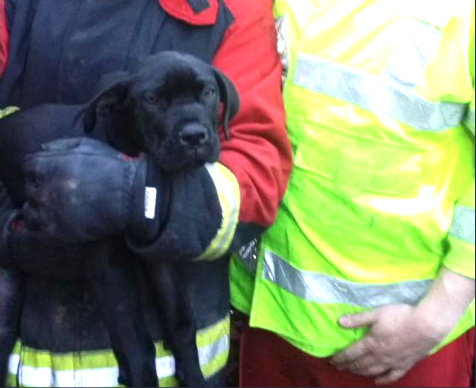 West Midlands Fire Service have released video footage of firefighters successfully resuscitating a puppy after he was rescued from a kitchen fire.

Buster, a 16-week-old black Labrador, had inhaled smoke and was unconscious after the incident in the Kings Heath area of Birmingham this morning.

It took firefighters half an hour to resuscitate him, using special new animal respiratory equipment carried by the team. A spokesperson for the Billesley Community Fire Station said Buster was ‘ a very lucky dog’.