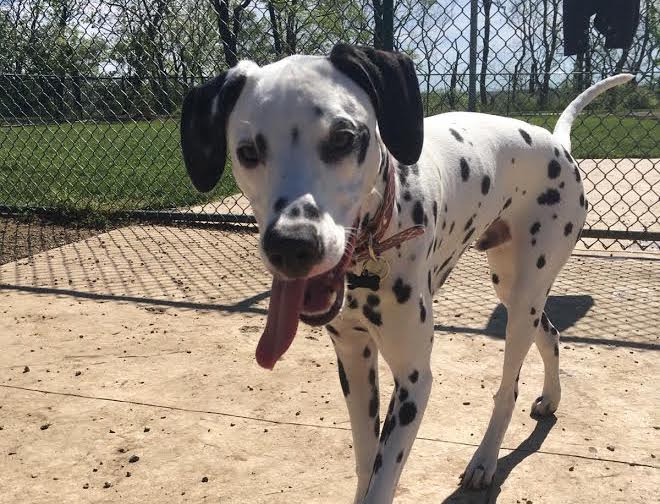 At full speed, my 10-month Dalmatian Scholar, all spots and twiggy legs, looks more like a wild thing than a dog. He looks kind of like the kid who got stretched out in the Laffy Taffy machine in Charlie and the Chocolate Factory. Ears flying flag-like behind him (tongue, too), he’s happiest when he’s antelope-leaping over mud puddles, wooden benches, and the backs of other dogs at the fenced-in dog park.

Which is why my heart sunk to my toes when, on our most recent visit, a boy of about seven or eight years old, big ears, bigger smile, flung open the gate to the park before his parents and their German Shepherd were even out of the car. I called Scholar, and he did a long loping lap and flopped mouth-open at my feet. I grabbed his collar, weighing my options.

He was restless in the car, jumping from front to backseat in an eternal loop

The parents came in, and they had more than just a jubilant seven-year-old; the mother also had an infant – a newborn baby – pressed to her collarbone. Easy-decision. Without letting go of his collar, I led Scholar to the gate and leashed him. Within minutes, we were gone. He was restless in the car, jumping from front to backseat in an eternal loop, when usually after the park he’d collapse, exhausted from his run. But this time, what should have been an hour-and-a-half trip to the dog park ended less than thirty minutes in.

Parents, this needs to be said: you have got to stop bringing your kids to the dog park.

I understand why you would. Maybe your child loves dogs, or you’ve never had an issue with your dog and your child, toddler, or infant together at home – but in deciding that it’s safe to take your children to the park to play with other people’s dogs, you’re making that decision for everyone else at the park, too. This is an unfair thing to do. For one, some dogs are frightened of kids – especially running, jumping, screaming kids (just like some children fear dogs). To be accosted by children at the dog park could be traumatising.

At restaurants, on street corners, in playgrounds made for people, when a kid asks to pet him, Scholar sits politely

The other side of this issue is, of course, the danger imposed for the children themselves. I’m not one of those people that think dogs can’t be trusted with kids (most can). But the dog park is not meant as a place for socialization between dogs and humans. It’s meant as a place for dogs to be with other dogs. And for large dogs unaccustomed to being around kids, to introduce a child in such a rumpus can be potentially dangerous, for both the child and the dog.

Mind you, I’m not making excuses for aggressive dogs. Dogs with known aggression issues shouldn’t be at the dog park in the first place. I’m talking about dogs that are friendly, but large and excitable; dogs that, for example, seem to have springs for legs – like Scholar. My dog is non-aggressive, reasonably well-trained for his age, and responds to my commands a solid 70% of the time. He is leash-trained and good with children in controlled environments (which, by the way, the dog park is not one). At restaurants, on street corners, in playgrounds made for people, when a kid asks to pet him, Scholar sits politely, and I hold his collar to make sure he stays. At the dog park, however, he is not always by my side. His movements are less restricted. It’s not that he’s out of control—it’s only that he is in the one place where he is not supposed to have to control his movements like he does in the house or on the leash. Where he can just be a dog. And he can’t do that when there are kids at the park. He’s taller than most children under the age of ten when he jumps, and at the dog park he jumps a lot. What is only an inconvenience for adults when he gets too rambunctious can cause potential bodily harm to children. The worst he can do to an adult is get muddy pawprints on a white shirt (which he has done); but if he knocked over a child – well.

Another point I’d like to make abundantly clear is this: I would never, ever argue that any dog’s exercise-time is more important than your child’s safety. It isn’t. That’s why, if I see a kid coming into the park, even if I’ve been there only nineteen seconds, I’ll leave. The issue is that I shouldn’t be put in the position to have to leave, because I’ve intentionally taken him to the one place where he is supposed to be able to run free, rather than to an environment -like a people park – where he might impose on others’ enjoyment. That courtesy should extend both ways.

But for kids, the whole world is, literally, their playground

I know there are reasons this may be unavoidable: your dog, after all, has just as much right to come to the park as mine, and it isn’t always possible to arrange for childcare. But nearly all fenced-in dog parks are situated within a larger for-humans park, so there’s plenty of space for kids that are old enough to play on the other side of the fence. This is especially true for parents who arrive at the dog park in couples, because one could be with the dog and the other with the kids.

When I told my friend I was arguing this issue, she said to be careful. You’re taking the anti-kid stance, and that’s never a good place to be. But the thing is, I’m not anti-kid. I love seeing kids having the time of their lives at Walt Disney World, amusement parks, swimming pools, street corners, restaurants, movie theaters. They deserve to scream and run in circles as often as they want. That’s all dog owners want for their dogs, too. But for kids, the whole world is, literally, their playground. Dogs only have one space set aside for them – let it be theirs. 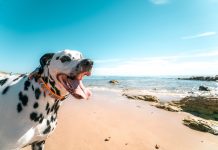 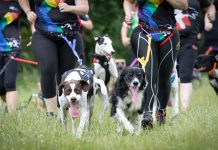 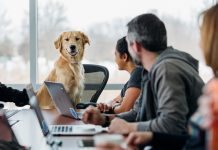