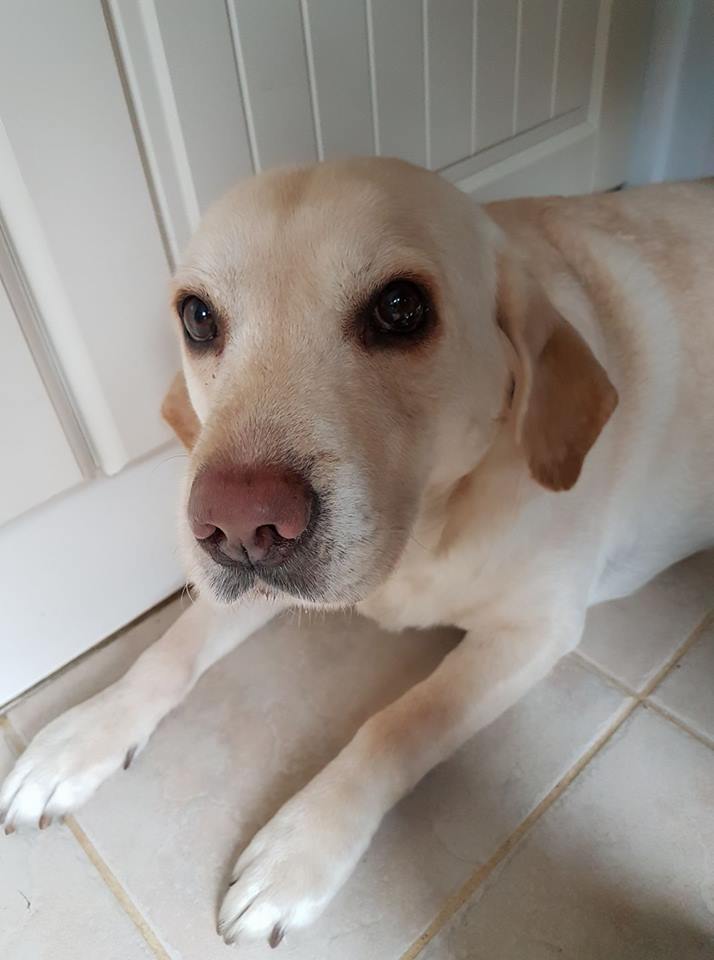 Larry the Labrador died at the weekend – but was miraculously brought back to life by the actions of a caring police officer.

Kayleigh Rickell, from York, relayed the incredible tale on Facebook, explaining how her dog had been out with her father at the time. The six-year-old Labrador was playing happily at the park when a freak accident occurred; Larry picked up both his ball and a stick at the same time. The stick forced the ball deep into Larry’s throat and obstructed his breathing.

Kayleigh thanked the police officer, the women, and veterinary clinic, where Larry was taken to receive oxygen, on Facebook. She has now set up the ‘Larry the Lab Initiative‘, to help raise awareness of the potential dangers of dog toys, as she believes the ball that almost killed Larry was too small for him.