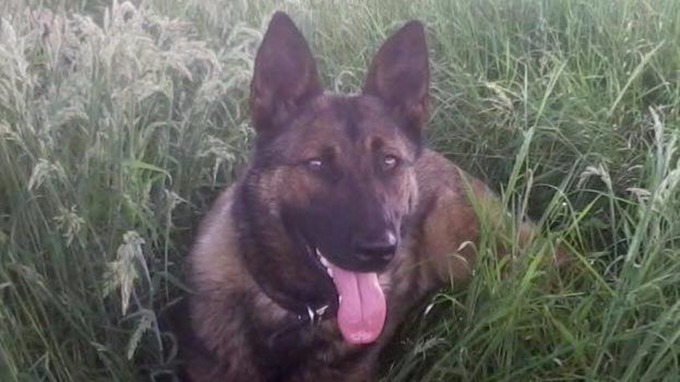 Daughter Jennie Evans started an online petition last Friday so her father, Sergeant David Evans, could keep his four-year-old police dog Ivy, when he retires from the West Mercia Police in April.

Jennie started the online petition last Friday and it attracted over 10,000 signatures in the space of two days.

She said, “The support has been amazing.

“We had hoped for a few hundred people to sign it and take an interest, but it has been signed by people from as far as Canada and New Zealand.

“Past police men and women that have been in different forces all over the world seem to have picked up on it and responded. The public’s response to it has just been incredible.”

Having previously been awarded accolades for his bravery, Sergeant Evans from Market Drayton offered to buy Ivy and cover the costs of replacing her. West Mercia Police have responded saying they will be dealing with the situation by speaking directly to the officer involved.

Jennie highlighted the difficulties her family and in particular her father, are facing with this predicament.

“It is heart-breaking what is going on. He was looking forward to retirement and now this is how the police force is repaying him for all those years of loyal service.

“During Dad’s career, he has had more than 12 police dogs. Each time after the dogs have retired they have always come to live with us. But because Ivy is four Dad has been told he will have to pass Ivy to another handler and continue working.”

“She is such a big part of our family it would be very upsetting if she was taken away.”

Jennie added, “She now loves nothing more than her endless walks around the fields with Dad. He is trying to put on a brave front and have meetings with West Mercia to try and come to some conclusion but he is absolutely devastated at the thought of losing Ivy.

“He is willing to offer anything he can to try and get West Mercia to change their minds.”