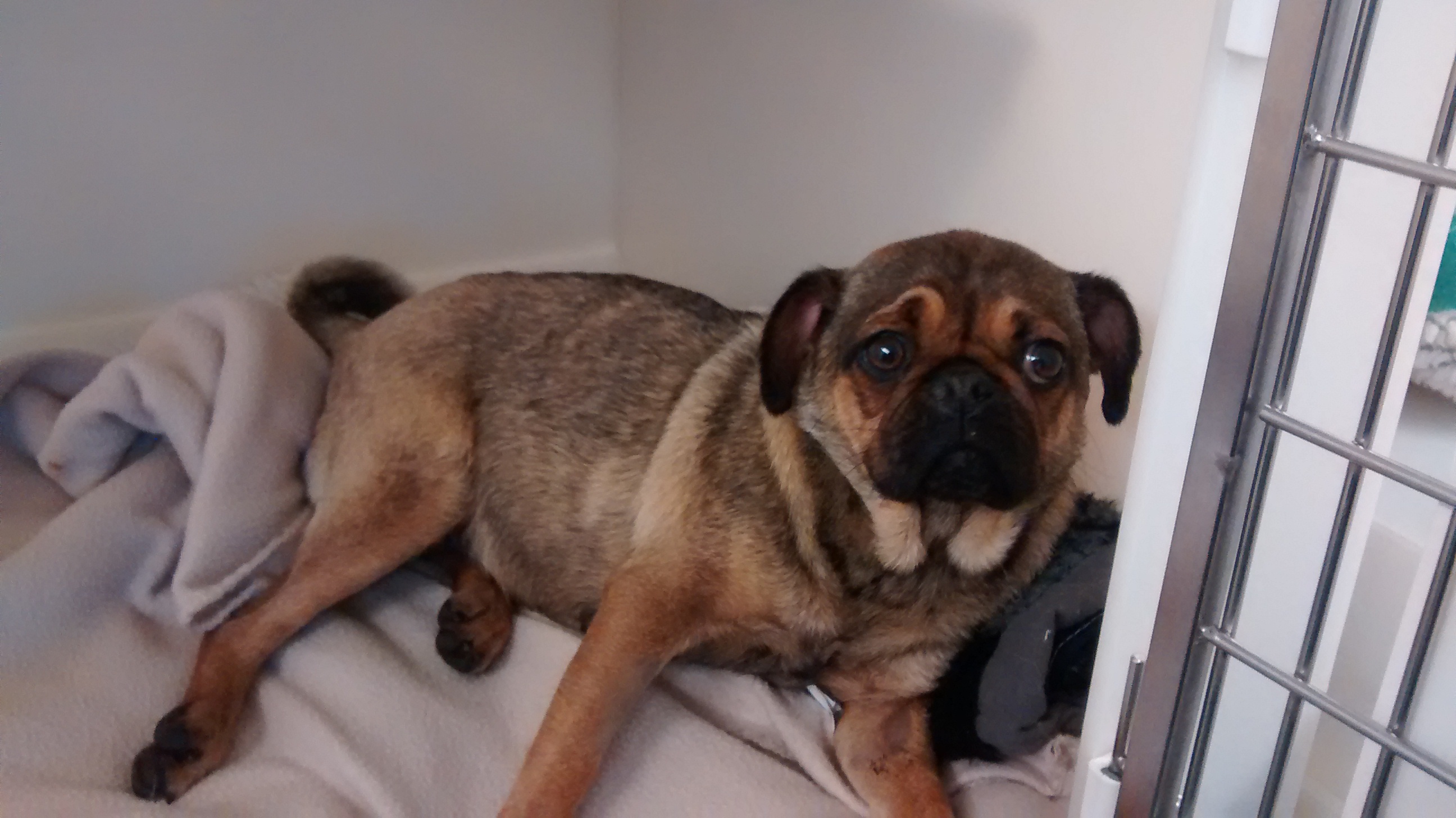 The RSPCA is investigating an incident in which a Pug was thrown from a moving car in Writtle, near Chelmsford in Essex. The dog was found collapsed at the side of the road with serious injuries by a member of the public on Sunday afternoon (4 December).

RSPCA inspector Lucy Brennan said, “A member of public called us after seeing the little tan-coloured pug being thrown from the window of a moving car.

“She found the little dog collapsed at the roadside and rushed her to a nearby vet before the pug was moved to a specialist surgery.

“Unfortunately, she is very badly injured and appears to be paralysed from the waist down so it’s not clear yet if she will pull through.”

The Pug has been named Crumble by veterinary staff. Although Crumble is only three or four years old, she has been used extensively for breeding, showing all the classic signs.

“What isn’t clear is whether Crumble sustained these injuries during this horrific incident or whether she had already suffered these injuries and those responsible were simply trying to get rid of her,” inspector Brennan added.

“As our extensive investigations into the unscrupulous, underground puppy trade have revealed, puppy farmers have little use for a breeding bitch when she can no longer produce puppies for them to sell.

“If Crumble had come to the end of her puppy-bearing life then it may be that her cruel and callous owners have decided to discard of her.

“Similarly, puppy dealers are looking to make as much money as possible from their stock so do not want to be faced with unexpected veterinary costs. If Crumble became injured or sick then that would be another reason for them to get rid of her.”

The RSPCA is appealing for anyone who may know where Crumble has come from or who may have seen her being thrown from the car to get in touch by calling the charity’s appeal line on 0300 123 8018.