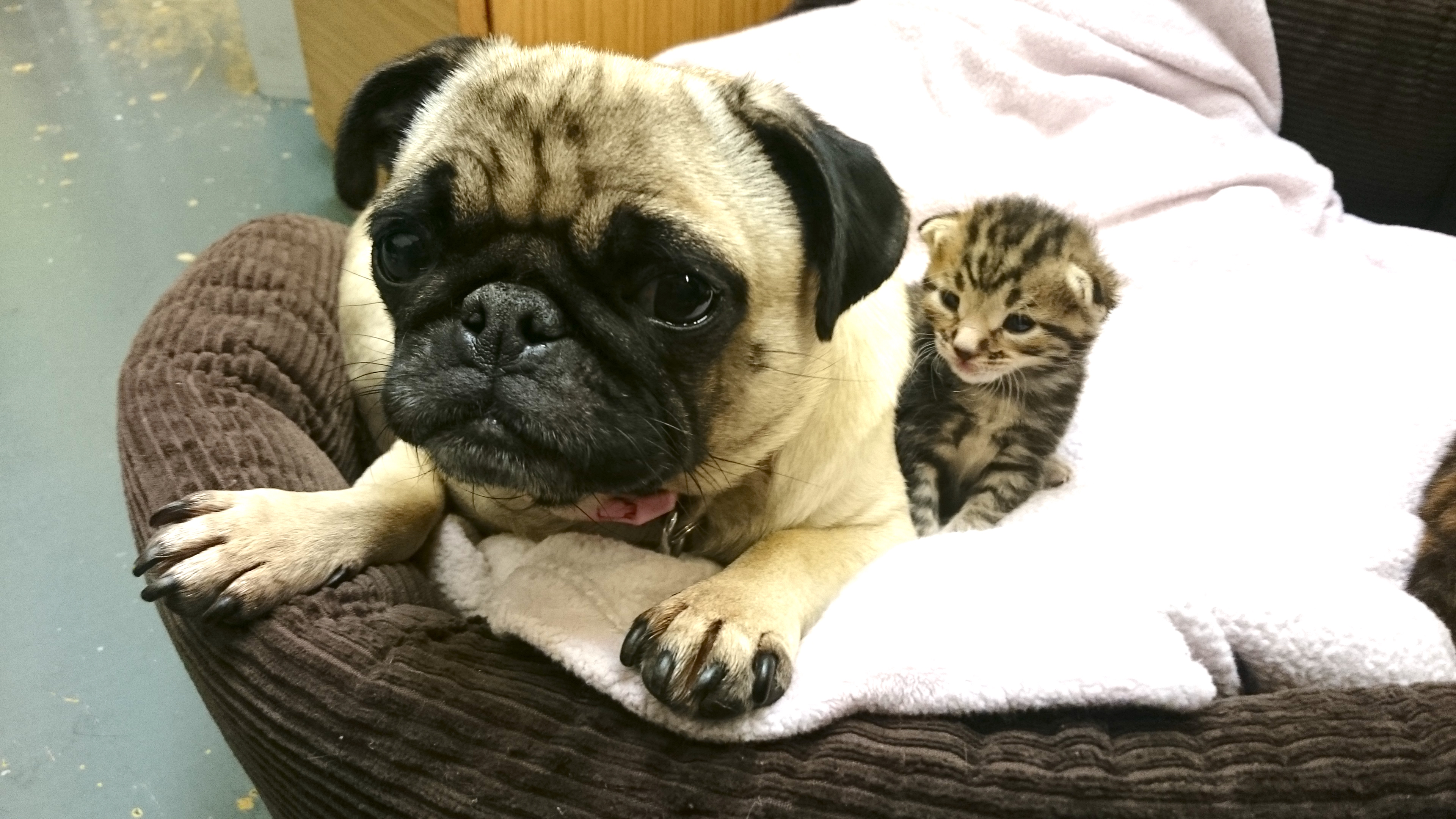 A Pug named Peppa has decided to adopt a litter of abandoned kittens after they were brought together by a Battersea Dogs and Cats Home foster carer.

Conker, Pickle and Pumpkin were abandoned by their real mum in a London stairwell soon after birth, meaning they needed round-the-clock warmth, cuddles and care. But when Peppa set her eyes on the kittens, it was clear she was stepping up to the challenge. Peppa’s incredible maternal instinct stems from the fact she has had litters of her own before. Sadly, when the Pug was bought to Battersea in April it became clear she had been used for backstreet breeding, with her body showing signs of numerous births and an infection of the mammary glands.

Louise is now fostering Conker, Pickle and Pumpkin too, and the kittens spend all their time cuddled up with Peppa, who is only too happy to lick and love them. Louise said, “We knew Peppa had been a mother before and she’s a natural. She won’t let Conker, Pickle and Pumpkin out of her sight and is constantly washing them and making sure they’re all clean. It’s been lovely to see the four of them together, especially knowing these three kittens had such an unlucky start in life.”

Images all via Battersea Dogs and Cats Home