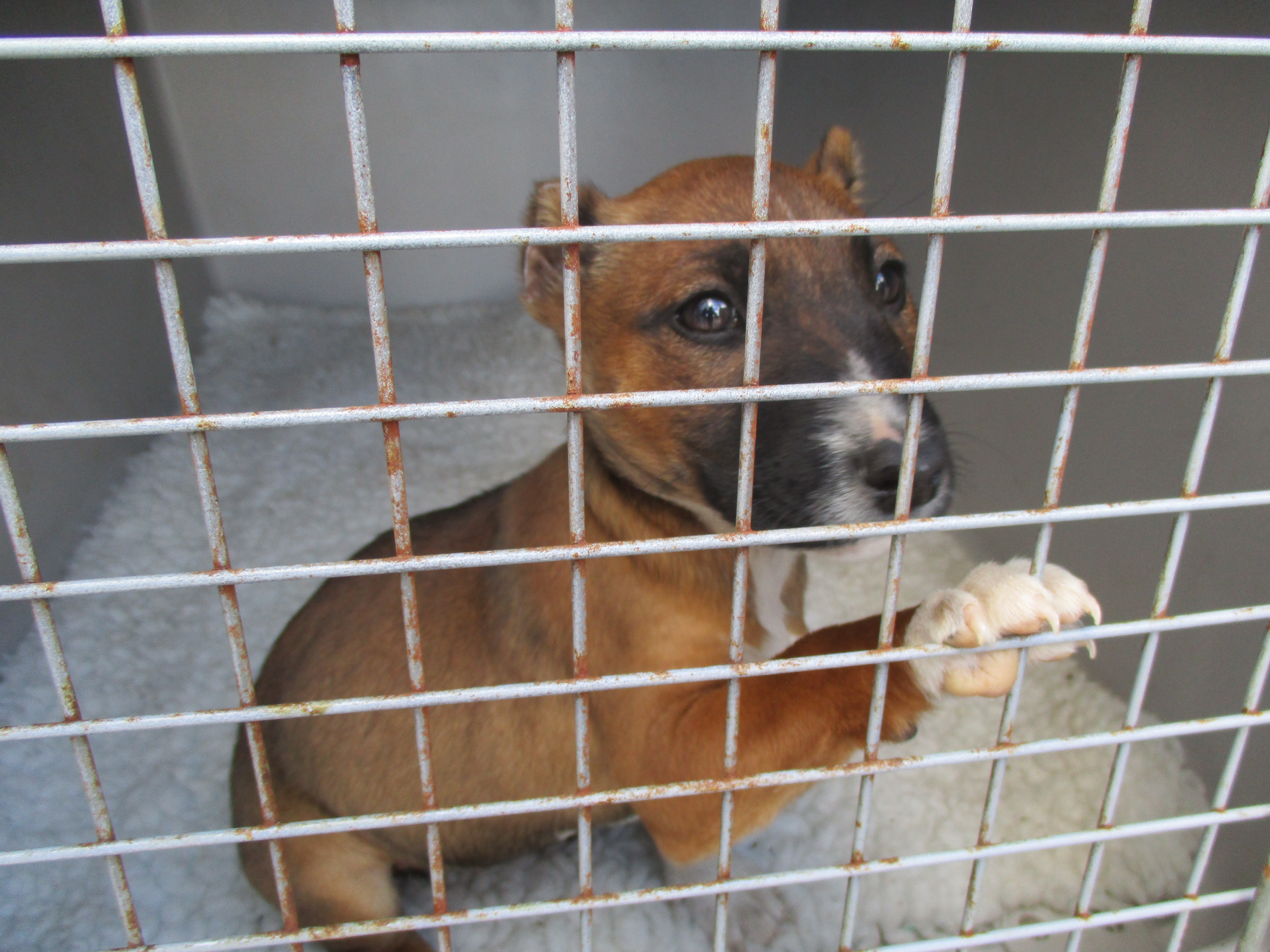 An ISPCA inspector following up a complaint in Co. Waterford discovered an English Bull Terrier puppy who had been subjected to both ear cropping and tail docking. The young female had been left with a stump for a tail, despite this breed never traditionally being docked even when the practice was legal. Her ears, too, were little more than circles.

The 8-week-old pup, now named Lulu, was assessed by a vet, who confirmed she had undergone illegal mutilation. Tail docking, and the removal of dew claws, by lay-persons was outlawed in Irish legislation with the Animal Health and Welfare Act 2013. Such procedures may only be conducted by vets under very specific conditions, and never for cosmetic reasons. Ear cropping is also a banned practice. Inspector Lacey said, “This young puppy should be expressing her normal behaviour through her tail and ears, but instead would have been subjected to painful procedures to remove them at a very young age. People should be aware that tail docking is now an illegal practice and will not be tolerated.” Lulu has now been transferred to the ISPCA’s National Animal Centre to be rehomed.