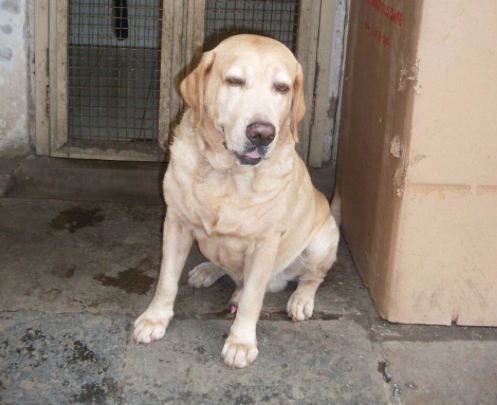 Caeser, a Labrador who worked in the aftermath of the 2008 Mumbai bombings, was given a hero’s send off by the city’s police today, 13 October. He was the last surviving dog to have taken part in bomb detection activities following the terrorist attacks, which coordinated over four days and killed 164 people, injuring over 300 others.

Caeser retired with three other working dogs, living out his days on a farm in peace and comfort. He was arthritic in his old age, and passed away at the age of eleven following a fever. Caeser’s body was draped in the Indian flag for the small, respectful ceremony.

“The brave, alert & efficient Caeser will be remembered fondly for his services. An emotional moment for all of us,” tweeted Mumbai’s Police Commissioner.

Many others chimed in with their condolences online, praising Caeser’s work with the hashtag #RIPCaeser.