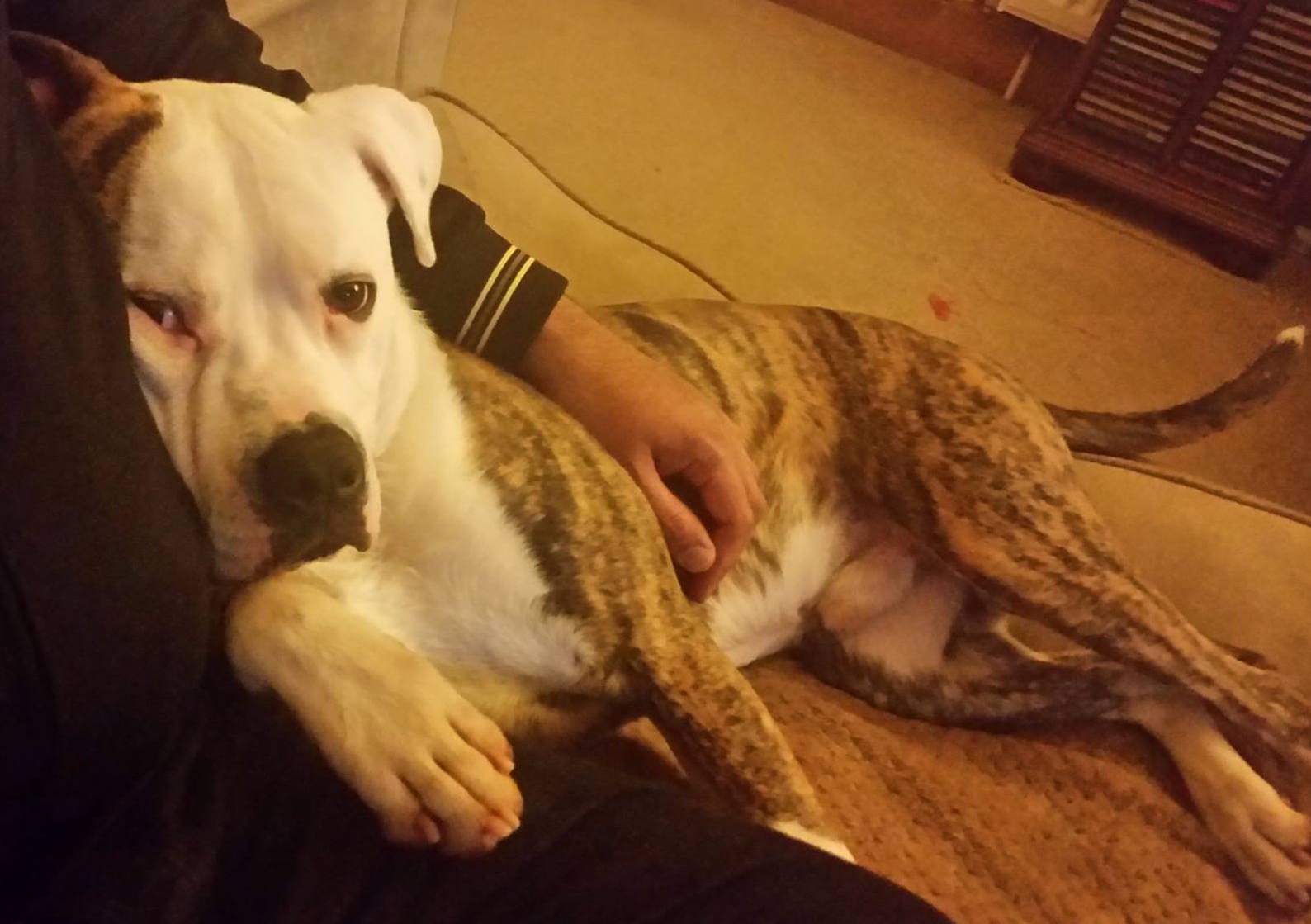 Looking suitably forlorn, Harry was discovered tied to fence near the RSPCA’s animal centre in Bryn-E-Myen on a cold December day last year. No owner could be traced, and no one was ever charged with abandoning Harry. But in some ways it for the best – Harry’s sad photograph was his ticket to a new life.

Nazir Ahmed had recently lost his American Bulldog Diesel, who looked remarkably similar to Harry, to cancer, and missed him greatly. When Nazir’s friend tagged him in Harry’s pictures on the RSPCA centre’s Facebook page, Nazir was straight on the phone to adopt him. Within half an hour of the call, Nazir was making the three-hour trip to Wales to meet him.

For Nazir to travel over 100 miles, it was truly love at first sight. Harry came home with him.

Nazir told the Daily Post, “It’s just heartbreaking and I couldn’t get my head around it as a dog is for life.

“For whatever reason the owner felt they could not take care of him. It’s sad that they did not take him to the animal centre as he was abandoned only half a mile away.

“He could have been picked up by anyone and got into the wrong hands.

“I’m so glad that Harry has come into my life though – he is definitely my best friend.”

RSPCA Bryn-y-Maen wrote on Facebook, “Here he is in his new home loving his new life in the countryside. He is doing extremely well in his new home and is clearly loved and cherished by his new owner. No more than this special boy deserves! Well done Harry!”