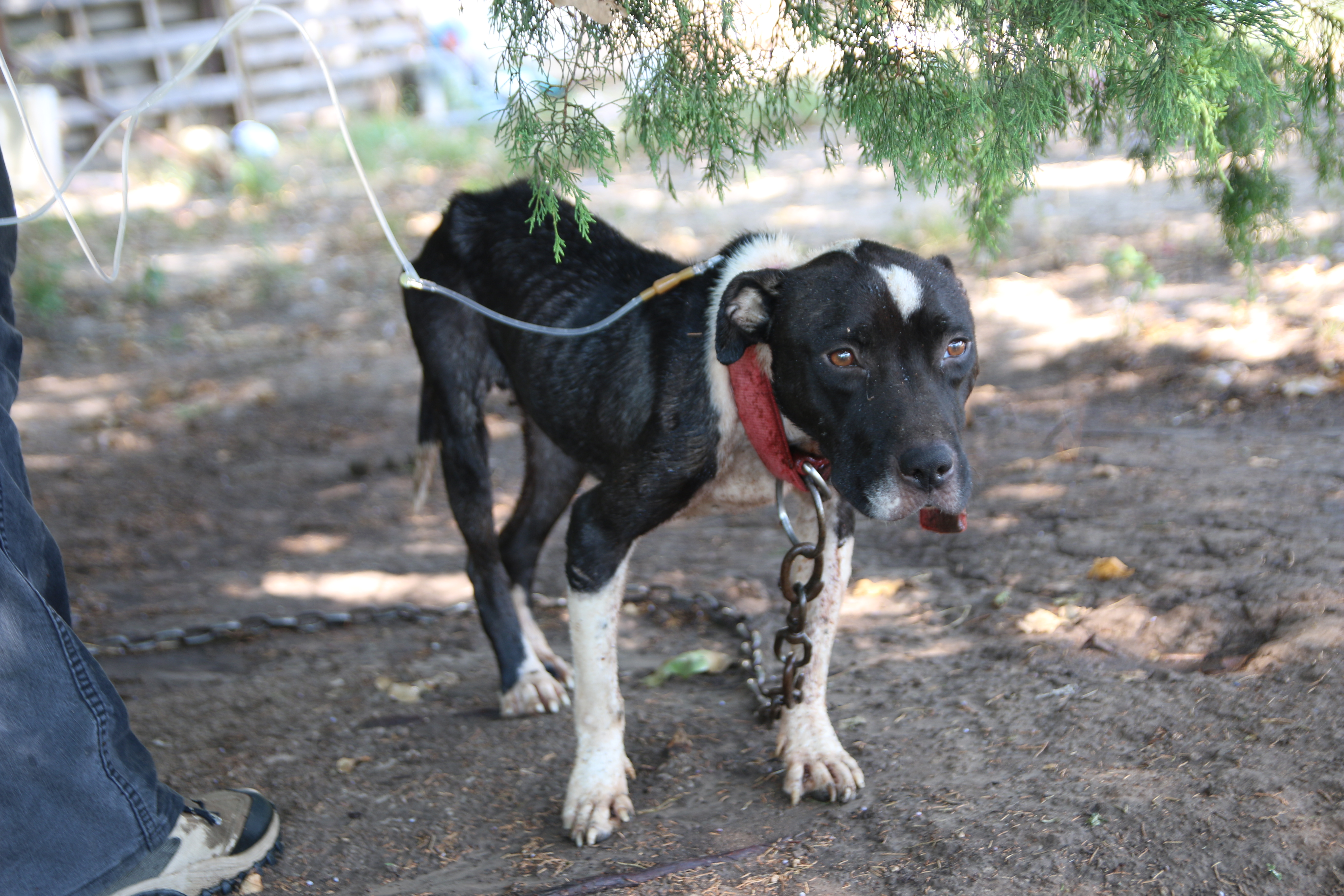 The SPCA of Texas attended to a particularly distressing case last week; 14 dogs, malnourished and neglected at a rural property. Two puppies and ten adult dogs had been left to live outside yet imprisoned, with heavy chains attached to car axles. These had then been driven deep into the ground, offering no means of escape.

“The remaining two puppies were living inside a feces-filled, urine soaked shed on the property. None of the dogs had access to proper food or water and only a few had dog houses to seek respite from the hot sun,” reads the SPCA’s damning press release of the situation.

The rescue group believes that this set-up was a part of a dog fighting ring, as the cruel and unsuitable living conditions of the animals, as well as their breed as Pit Bulls, were consistent with this.

“Despite everything these dogs have been through,” write the rescue team, “they greeted our team with kisses and heartwarming gratitude.”

One dog gave particular cause for concern – a young female who was so overcome by exhaustion and the weight of her chain she could barely lift her head. The rescuers used her oversized collar to highlight just how underweight she was. She is now receiving treatment for her dry, itchy skin, and flea infection, and has been given a new name: Gwen.

Gwen’s demeanour has changed drastically in the last week. With love and a good meal, she is no longer a frightened shell of a dog, and her true friendly and playful nature has emerged. We can’t imagine it will be too long before she gets a new home.

You can follow Gwen and the rest of the dogs’ journeys on the SPCA of Texas’s Facebook page.

Featured image via SPCA of Texas