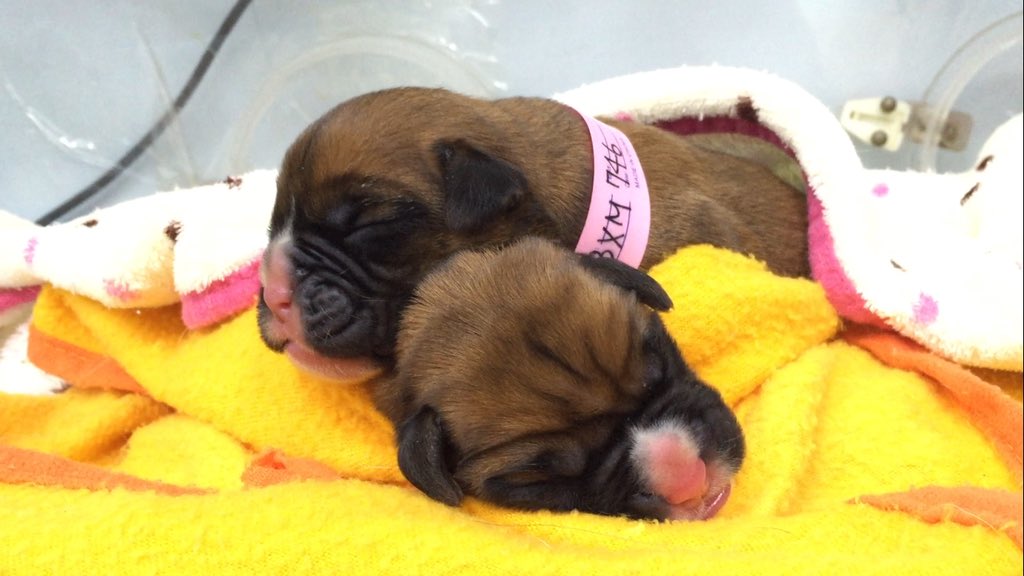 A British couple have just returned from South Korea with two Boxer puppies in tow. But they are no ordinary dogs; Chance and Shadow are not only genetically identical too each other, they are clones of a deceased pet.

Dylan was doted on by his owners, Laura and Richard, before he died suddenly and tragically following a seizure, at the age of eight. Unbeknownst to the couple, Dylan had an inoperable brain tumour, and his absence in the family left a painful gap.

“I started thinking ‘what am I going to do?’,” Laura told ITV’s Real Stories. “I looked into getting him stuffed, which sounds awful but I didn’t want to part with him. I couldn’t bear the thought of never being able to see him again. I searched dog cloning and sent Richard a message saying ‘we can get him stuffed for two grand or cloned for sixty grand’.”

Decision made, the couple were soon on their way to the state-of-the-art dog cloning facility in South Korea, 10,000 miles from the their home in Yorkshire.

Deceased Dylan’s DNA was injected into blank egg cells, and implanted across two surrogate mothers to increase the chances of one taking. Two successful pregnancies followed, with Laura and Richard jetting out to South Korea to bond with the puppies following their births. This week, after six months in quarantine, Shadow and Chance came home to England to join the family’s other four dogs.

All in, the couple spent close to £100,000 on the controversial process. Since this story became public knowledge, concerns have been raised over the ethical and moral implications, with some questioning how the money could be better used, and citing the number of unwanted dogs in the world. Plus, with Dylan dying at a relatively young age following a brain tumour, some are worried Chance and Shadow will suffer the same fate.

Would you clone a dog you really missed? Let us know your thoughts.