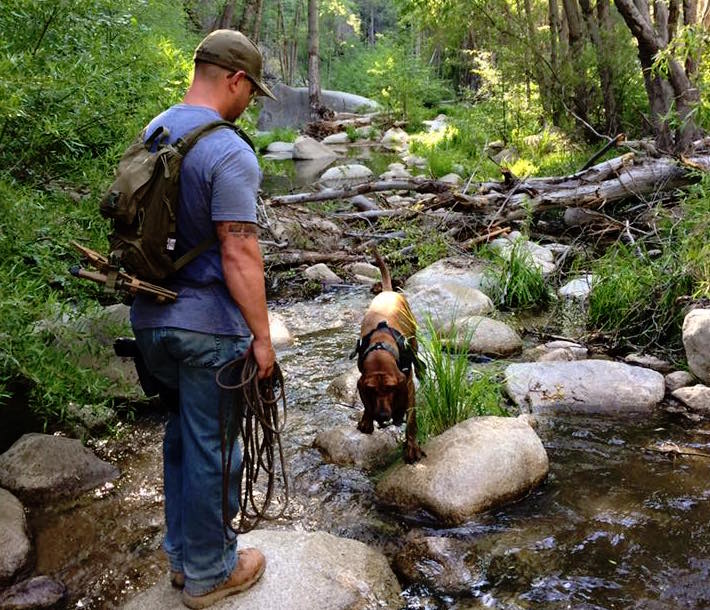 Deja, a four-year-old working Bloodhound, had a very successful night on Tuesday 26 July when she assisted in the rescue of a kidnapped girl.

The girl had gone missing from her home in San Bernardino, California, at three o’clock in the morning. She had been spotted being taken into the local woods by an unknown male, with her purse and ‘drag marks’ in ground from a scuffle being found at the scene. This was a job for a tracker.

Deja and her handler Deputy Josh Stone were called in. Deja got to work on the drag marks, and tracked the scent through the trees to a house. She sat at the front door and refused to budge. Low and behold, the missing girl and her assailant were inside. police moved in and an arrest has been made.

It was fantastic win for Deja, who joined the San Bernardino County Sheriff’s Department in October 2013 with her sister, Dare. In her years with the force, Deja “has been instrumental in assisting law enforcement in locating missing children, adults, objects, and suspects who flee”, according to her Facebook page.

Deja latest rescue was applauded by all her fans online – but it’s all in a day’s work for this dog, as one comment read: “A year ago Deja was called to help find my teenage daughter who had gone missing after school and after two hours we still couldn’t find her and Deja tracked her and found her in about 20 min[utes]. I will never forget this dog and will always be thankful for her and her handler and the rest of the police officers out there.”