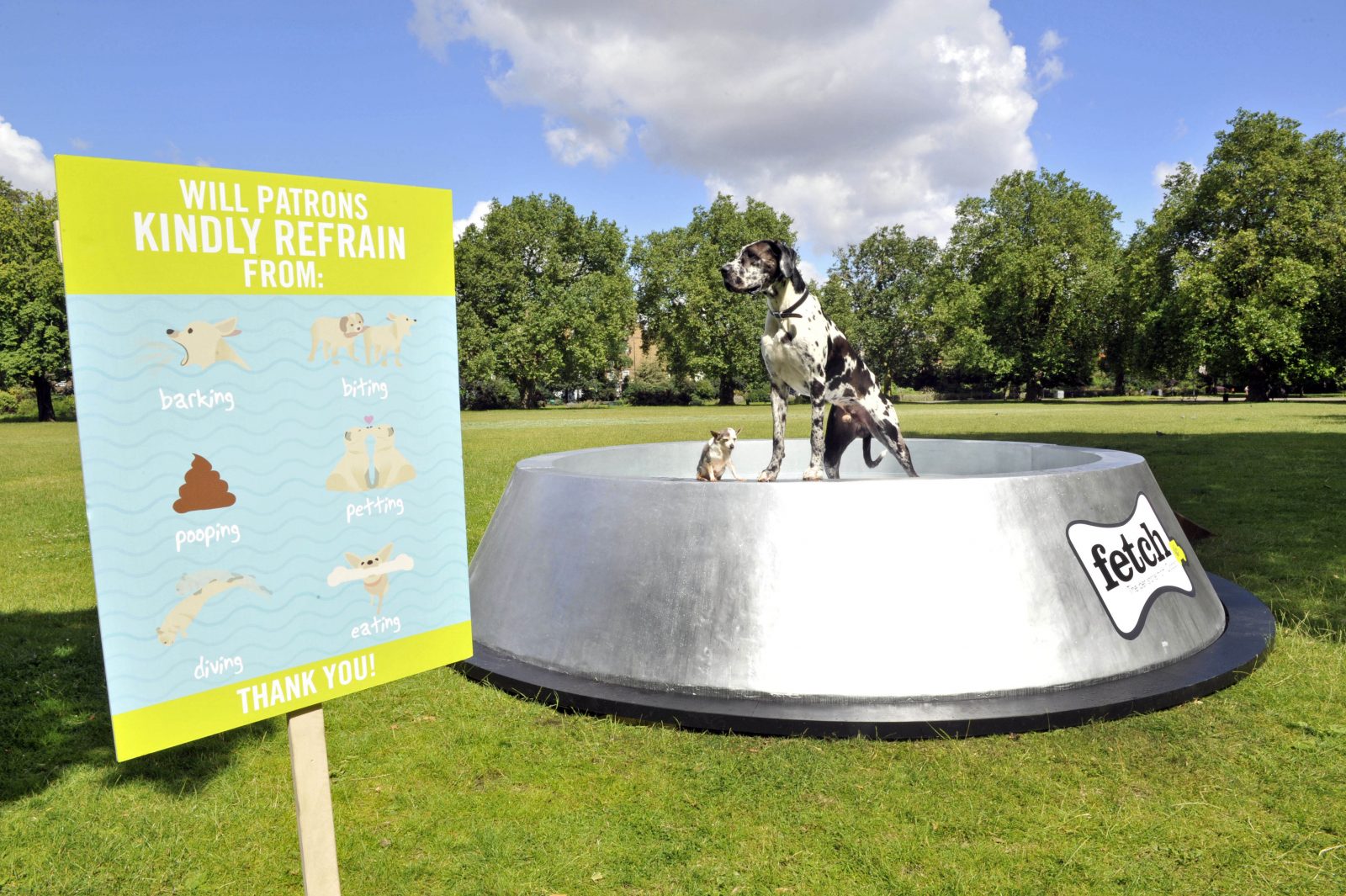 The world’s biggest dog bowl was revealed in Kennington Park today, 14 July 2016, as a reminder to keep our pets well watered during the hotter months. Created by Fetch.co.uk, Ocado’s online pet store, the bowl is 1 metre deep, with a diameter of four and a half metres – meaning it can hold a whooping 2000 litres of water!

Keeping thirst at bay is particularly important for dogs, as they lose water much more quickly than us humans. Although they don’t sweat like us, panting, the canine way of keeping cool, quickly uses up water reserves. Dehydration in dogs is difficult to decipher, but symptoms can include sunken eyes, dry gums, lethargy and weakness. Keeping access to clean water is vital, even when on the move. Exercising dogs at cooler times of the day, such as at dawn and dusk, can be a big help too. And never, ever leave a dog alone in a car, however mild it may seem!