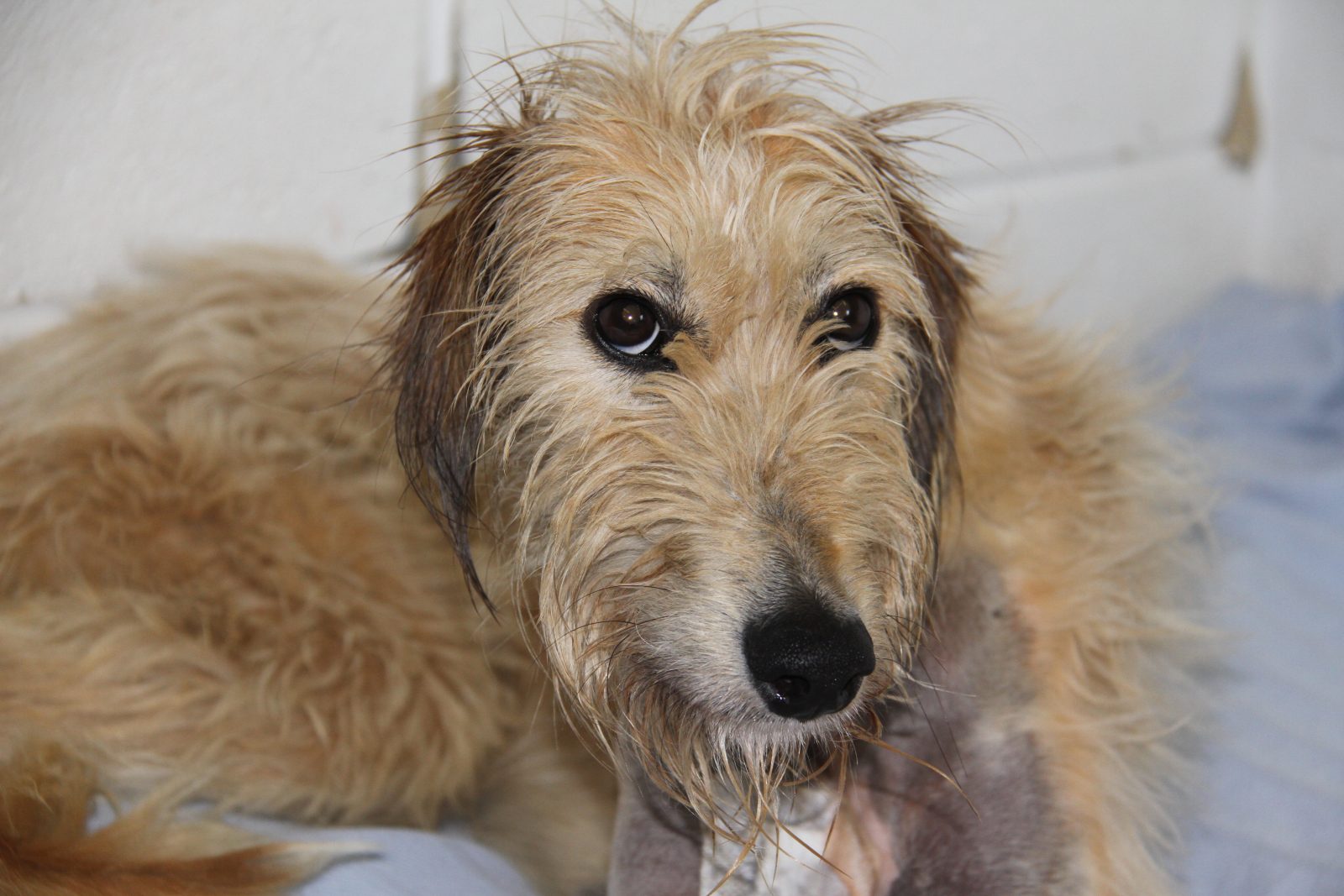 In May we ran an appeal for Woody, a gorgeous hairy Lurcher boy who had been abandoned tied to a tree with a painful broken leg. Despite being left in a quiet location, thankfully young Woody was spotted by a caring stranger and taken in for emergency surgery.

Woody was cared for at Abbey House Veterinary Hospital, where one of the team took a shine to him immediately. Louise Denby, a dispenser at the centre, said her heart melted as soon as she laid eyes on Woody.

Louise says, “I first spotted him when he was being taken outside to go to the toilet. He couldn’t walk properly and he looked so sad, my heart went out to him. I gave him a cuddle and then spent time with him every day, whenever I could.

“After he had started to recover from his operation, he headed off to Dogs Trust Leeds. As soon as he went I missed him and couldn’t get him out of my head so I went along to discuss whether we could rehome him. We were over the moon when we were told we could. I visited him every day until he was able to come home with us.”

Woody is well on the way to recovery, and has a new best friend in Louise’s other dog Rocky.

“He is doing so well,” says Louise. “He attracts a lot of attention on his walks and everyone wants to know his story. He seems to thoroughly enjoy it! Considering he has been through so much he’s incredible. He adores everyone and we all of course adore him. He loves relaxing on the sofa with us and none of us can imagine life without him. He’s wonderful and it’s a privilege to have been able to give him a loving home.”

Amanda Sands, Manager at Dogs Trust’s York Road Rehoming Centre, says, “We were all so shocked when we heard how Woody had been abandoned and left in so much pain. He’s a really sweet boy and to see him now, living happily with Louise and her family is brilliant. We couldn’t have hoped for a better outcome for him.” 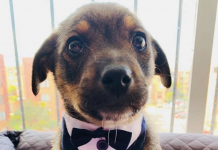