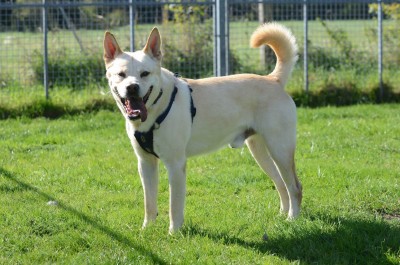 After spending his early years in a pack of 11 other big dogs and receiving no one-on-one interaction or attention, Wolfie was terrified of people.

The Alaskan Malamute cross came into the care of the RSPCA to be rehomed, but it has taken a whole year of gentle care to bring him to a point where this is possible. Wolfie is now the longest stay at the RSPCA’s Leybourne centre.

Jacqueline Kaye, an animal centre supervisor at the centre, said: “When Wolfie arrived he was petrified of his own shadow, he was terrified of any contact with people.

“He had never been handled and didn’t have any social skills. He didn’t know how to walk on a lead because he’d never been walked and things like lorries absolutely terrified him.

“Despite his fears Wolfie has never shown any form of aggression, he’s a really lovely dog.”

Now at four years old, Wolfie is ready for his forever family, who can build on all the hard work so far that has bought him out of his shell. He needs a quiet, calm and understanding home.

Could you or someone you know be just the person Wolfie needs? Anyone interested in finding out more about giving Wolfie a new home can contact RSPCA Leybourne on 0300 123 0751 or email leybourne@rspca.org.uk 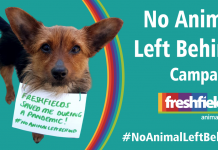 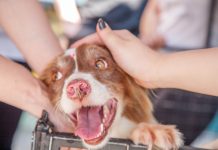