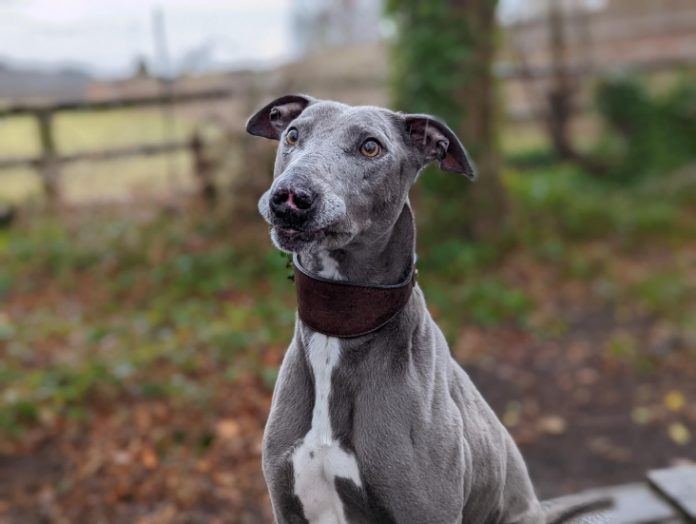 Five-year-old lurcher cross Bronco is struggling to find a new home, and staff at the RSPCA Felledge Animal Centre, in County Durham, fear his facial scarring may be putting off potential adopters.

Bronco was rescued alongside six other dogs in a joint operation in Greater Manchester by the RSPCA and Cheshire Police, who were investigating a group of family members who were hunting wildlife with their dogs.

The investigation was launched after an anonymous tip-off to a police rural crime officer that one family member had been posting on a private Facebook group to say he would be “taking his son badger baiting to celebrate his release from prison”. 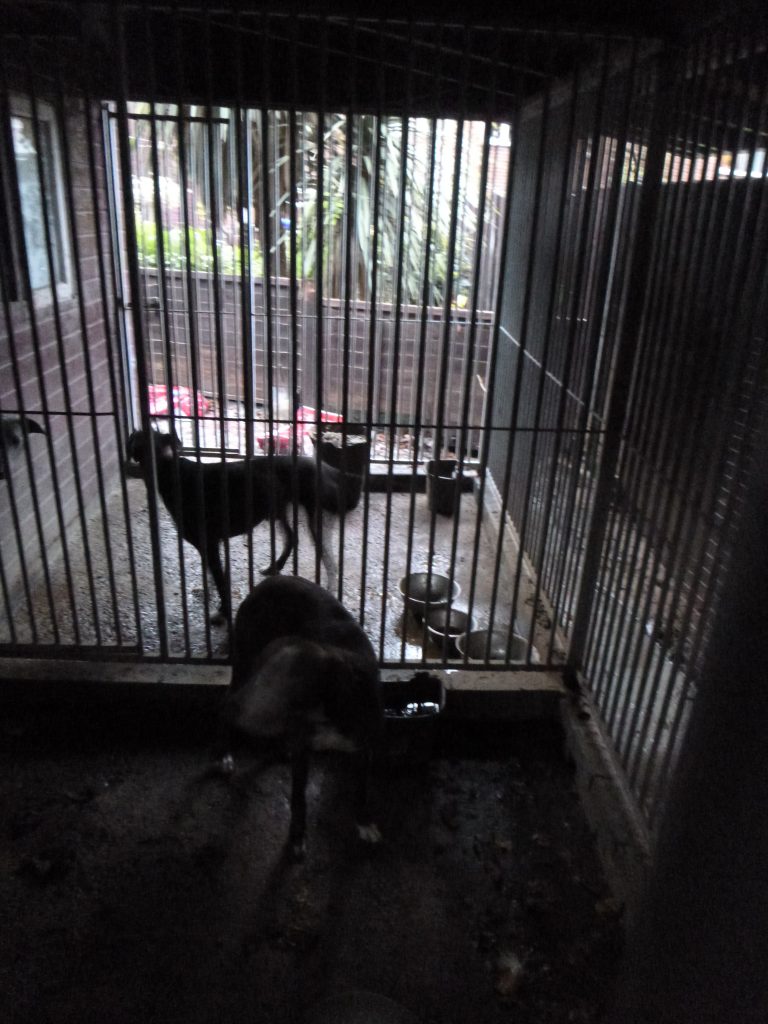 Social media posts suggesting the group used their dogs to hunt wildlife such as rabbits, foxes and badgers. Images and videos showing ‘sickening’ attacks on wildlife were found on family members’ phones.

Three family members would later be sentenced for their “involvement in hunting wildlife with their dogs and keeping their dogs in poor conditions”, although they all the sentences handed down were suspended. They were all banned from keeping animals – two of them for life.

Bronco and the other dogs had scarring which were “commonly encountered when a dog has been fighting with another animal”. While some of the dogs seized at the property have already been rehomed, Bronco hasn’t yet had any applications.

Kennel supervisor Jo Dodds said, “Bronco is such a lovely boy and he spent a long time with us while his case went through courts. Since he’s been available for rehoming we’ve sadly had no applications for him, even though he’s a beautiful boy, inside and out.

“Sadly, we fear people are being put off by his scars and the fact he has to wear a muzzle when he’s out and about. Due to his previous life experiences and his strong chase instinct he will need to be muzzled when he’s on walks but we’ve done lots of positive training with his muzzle and he’s happy wearing it.

“Bronco’s muzzle doesn’t prevent him from enjoying adventures and having fun on his walks but, sadly, there is a stigma around dogs who wear muzzles and we fear this may be another reason why people aren’t applying to adopt him.”

Bronco walks “beautifully” on lead and gets on well with other dogs, although “he can sometimes be uncomfortable around other males and needs gentle reassurance”. Ideally, he’d need to be the only pet in a home with a secure garden; he could life with secondary school-aged children.

Bronco’s rehoming paw-rofile
🐾 I’m very clever and know lots of commands
🐾 I can be left alone for short periods
🐾 I’m a bright spark and would like to learn new tricks and games
🐾 I love food and will do almost anything for a treat!

Find out more about Bronco on Find A Pet or contact the team at Felledge on 0300 123 0708 or felledge@rspca.org.uk. If you’re interested in offering Bronco a home please fill in the Perfect Match form.