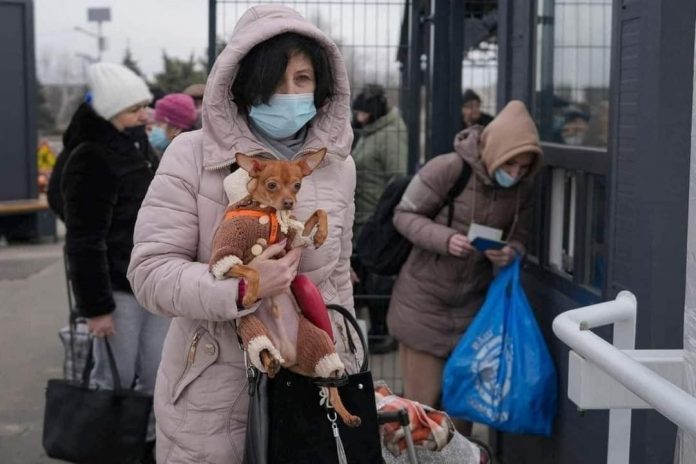 Ukrainian refugees will be able to take their pets in the UK without pet passports or health certificates, according to the RSPCA and as reported by ITV News.

The announcement comes two weeks after EU countries were told to ‘relax paperwork requirements‘ for the dogs, cats and other companion animals travelling with Ukranian refugees.

Ministers are expected to waive rules requiring owners to have a pet passport or health certificate. The UK government is also expected to cover the cost of vaccines, as well as quarantine costs where necessary.

An RSPCA spokesperson said, “We’re really pleased that the Government is introducing a new process for refugees to enter the UK with their pets. We’ve been working behind-the-scenes to assist in making this a possibility.

“Pets are parts of our family and during the horrific recent events in Ukraine we’ve seen individuals go to incredible lengths to ensure their pets get to safety. We’re pleased that for those refugees coming to the UK they won’t have the added heartbreak of leaving their pets behind.

“We’ll continue to work as part of Eurogroup for Animals supporting organisations working on the ground in Ukraine to help those animals who have been left behind.” 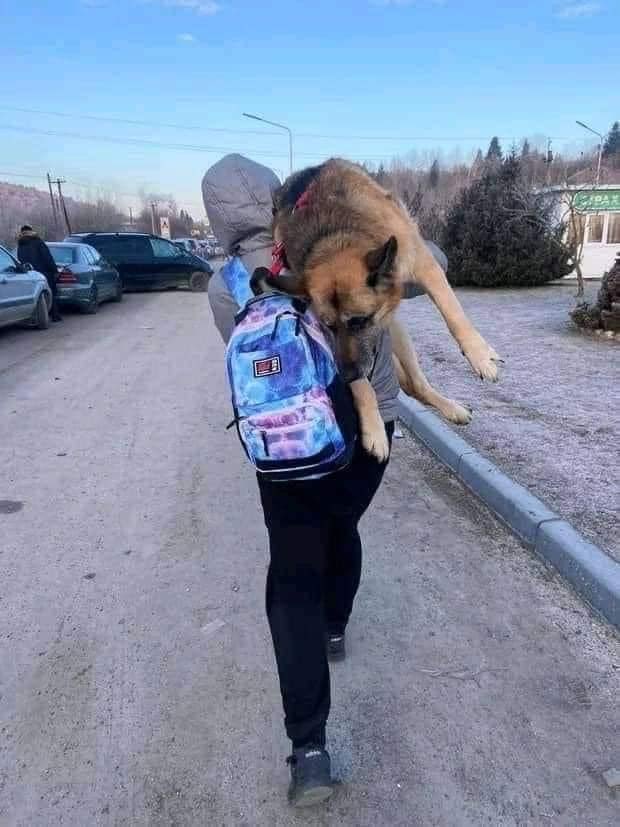 Many of the fleeing refugees were pictured carrying their pets with them as they scrambled to evacuate; the photo of a woman carrying a dog, a German Shepherd, for 17 kilometres across the border went viral. She and her children, as well as the dog, are reportedly safe in Poland; her husband was unable to cross the border due to the mobilisation order and returned to their village.

The woman, called Alisa, said, “My dog is 12 and a half and she struggled to walk and fell down every kilometre or so and couldn’t stand up again. I stopped cars and asked for help but everyone refused; they advised us to leave the dogs. But our dogs are part of our family.”

Households in the UK able and willing to host Ukrainian refugees will be offered a payment of £350 a month by the government. At the moment the UK has stopped short of allowing Ukrainian nationals into the country as refugees, instead enacting the Ukraine Family Scheme – only allowing entrance to Ukrainian nationals with family members already in the UK.