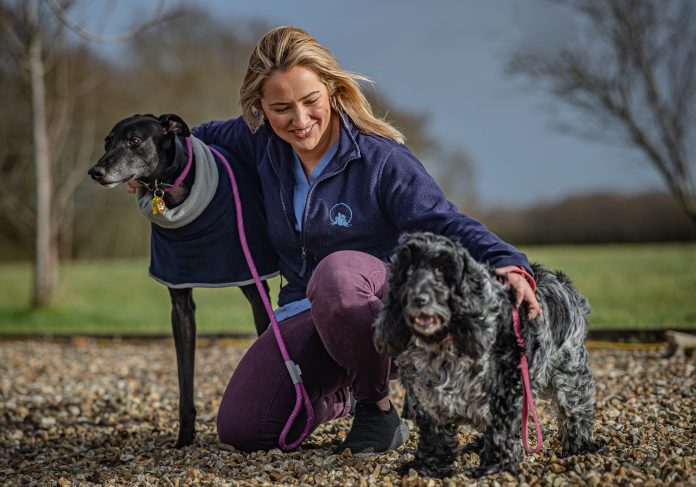 Tails wagged as rescue greyhound and blood donor Tucker met Ivy-Blu, the spaniel whose life he saved on Christmas Eve with a blood donation.

Tucker, a retired racer, was waiting for his forever home at Cheshire Dogs’ Home when an urgent call came from Beech House Veterinary Centre in Warrington. A four-and-a-half year old spaniel, Ivy-Blue, was on death’s door and in dire need of a blood transfusion, as immune mediated anaemia was causing her body to attack its own blood cells.

Ivy-Blu’s owner, Shelley Cleaveley, says, “Just before Christmas, we noticed something wasn’t quite right with Ivy. She wasn’t coming to us for food and wasn’t her normal happy-go-lucky self so we took her to the vet thinking she had a bug.”

“On Christmas Eve, we were told her condition was critical and that she needed a blood transfusion”

“The vet did some tests on her and discovered she had anaemia. She was put on medication but a few days later she just went further downhill. She was really poorly, her tongue and gums were almost white so she was kept in for further observations.

“In the run up to Christmas, we just kept getting phone calls telling us her condition was worsening, we were heartbroken thinking we were going to lose her. Then on Christmas Eve, we were told her condition was critical and that she needed a blood transfusion.”

Only later did Shelley discover from her neighbour, who works at Cheshire Dogs’ Home, that long-term resident Tucker had gone into Beech House to be a live donor. The blood transfusion involved taking 400ml of blood from Tucker’s neck and piping it slowly into Ivy-Blu, who was finally able to start the road to recovery. 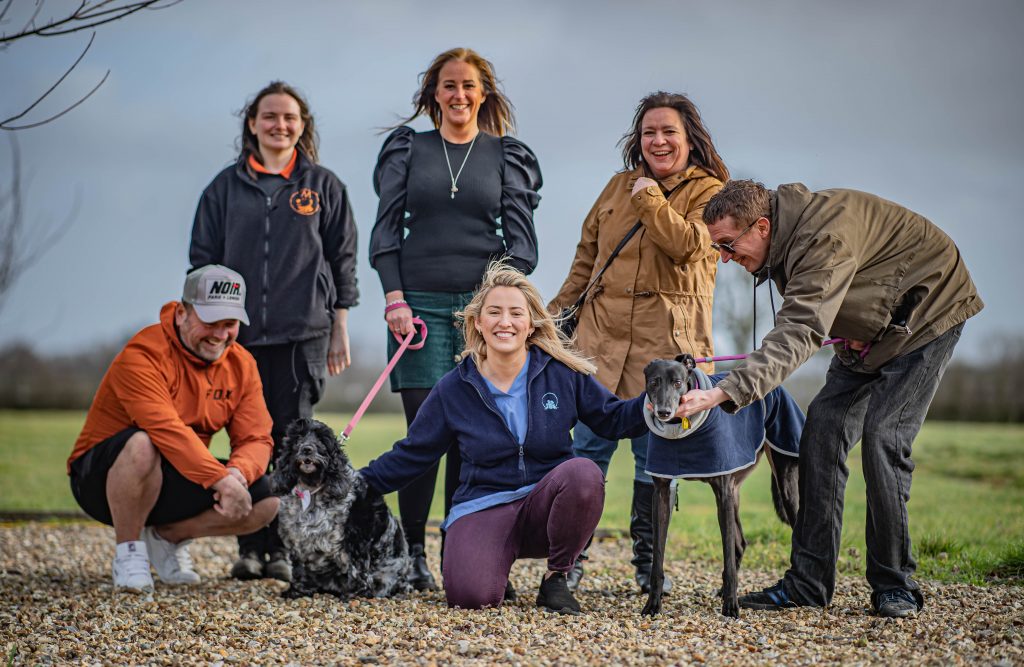 The veterinary surgeon who carried on the procedure, Kaitlin Turnbull, says, “I’ve been seeing Ivy-Blu for check ups ever since she was discharged and she’s doing brilliantly, her blood levels have all been remaining stable and we’re hoping to wean her off medication gradually. It’s a miracle she is still here. Tucker was definitely a key worker on Christmas Eve, he’s a superstar.”

Now the  duo had a chance to meet again under better circumstances at Cheshire Dogs Home, along with Tucker’s new owner Matthew Jackson.

Matthew says, “We were in rented accommodation and had wanted a dog for ages so when we moved into our new home my wife, Carley, showed me a photo of Tucker and we went to see him and fell in love with him. They thought he might be a bit of a handful but he’s great although we didn’t realise at the time that he was also a hero.

“We’re delighted that he could meet up with Ivy-Blu. It’s such a lovely story.”

Anna Stansfield, manager at Cheshire Dogs’ Home, added, “This is a wonderful story and we’re so glad that our beautiful boy, Tucker, was able to play his part in saving Ivy’s life.

“To us, all dogs are special and Tucker is just one example of the many wonderful dogs that come through our doors.”

While Ivy-Blu was lucky to find a live blood donor, it is not always possible. Many vet services rely on blood deliveries from UK charity Pet Blood Bank. If you have a healthy dog aged between one and eight and over 25 kilos, do consider signing them up as a canine blood donor: they could be a lifesaver.