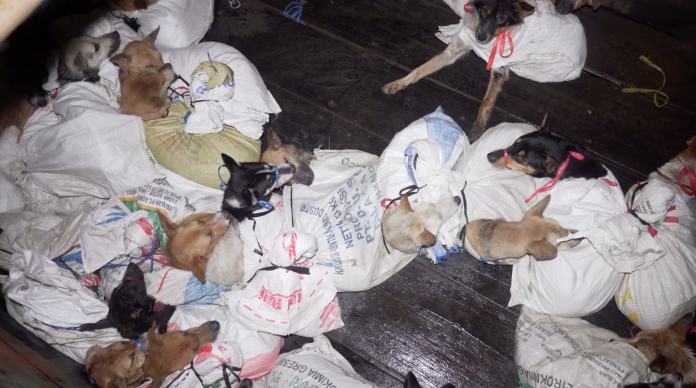 A man has been arrested and a delivery truck packed with 53 dogs intercepted as part of Indonesia’s first ever large-scale police raid on an illegal dog meat slaughterhouse. Just last month, a man was jailed for his role in the dog meat trade for the first time in the country.

Police in Sukoharjo infiltrated a dog trafficking operation in the Indonesian island of Java to close in on the man, who is “suspected of coordinating shipments of hundreds of dogs for slaughter every month, and killing on average 30 dogs every day”.

Mr. Tarjono Sapto Nugroho, Head of Crime Investigation of Sukoharjo police, says, “We receive many complaints about illegal dog meat traders’ operations. People do not want this trade or slaughter in their communities. Dogs are friends, not food, and the trade is already illegal and is strictly prohibited by Islamic law.” 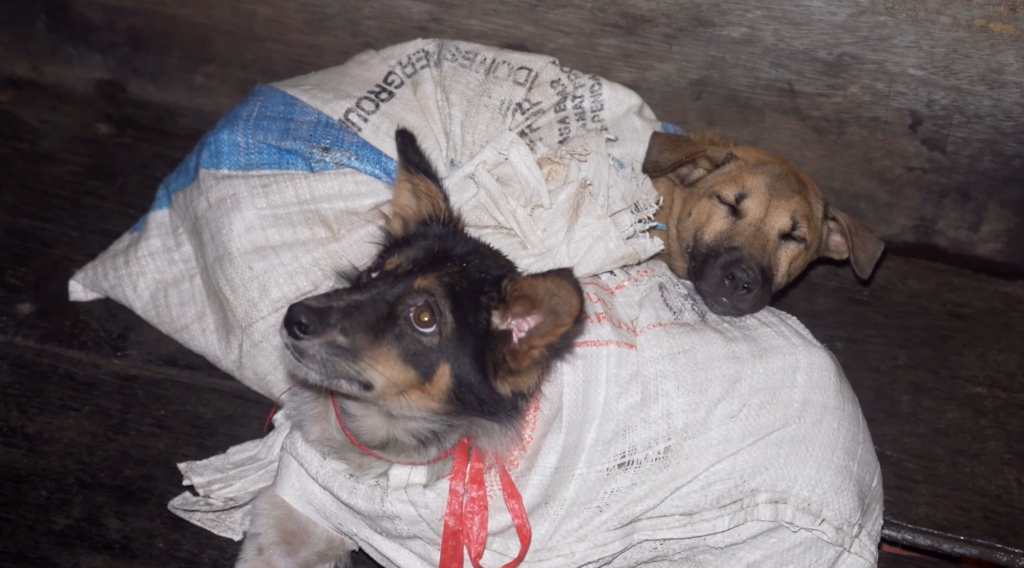 He added, “Dog meat consumption is considered culture by some, but cultures evolve and so must we. So we initiated this interception and confiscation to protect our communities and to support the Central Javan government’s efforts to eradicate the dog meat eating culture and trade.”

Campaigners from the Dog Meat Free Indonesia (DMFI) coalition were present in order to rescue any dogs found alive during the sting operation on 24 November. A truck packed with 53 terrified dogs was intercepted; DMFI campaigners found the dogs tied up in hessian sacks, some dogs’ mouths tightly bound with string and cable ties.

Most of the dogs were emaciated, and younger than one year of age. One dog had already passed away during the journey.

Lola Webber, from DMFI member group Humane Society International (HSI), was one of the first on the scene. She says, “My heart was pounding in my chest as we approached the truck, because I could hear the dogs’ pitiful whimpering and then saw them all tied up in sacks, their soft muzzles squeezed shut with wire.

“They were extremely traumatised and frightened. Many of them were still wearing collars, and were no doubt many miles from home, likely stolen pets grabbed from the streets. They will have endured the most horrific and terrifying journey, thrown in the back of a truck to be taken to this disgusting and filthy slaughterhouse where they would have been bludgeoned over the head and their throats cut.

“To think of the fear they must have endured is just devastating. We got there just in the nick of time because the killing usually happens in the early hours. We are immensely grateful to the authorities for taking action.  For those of us who have been campaigning for so long to end this cruel trade, it was a huge privilege to be able to rescue these animals.” 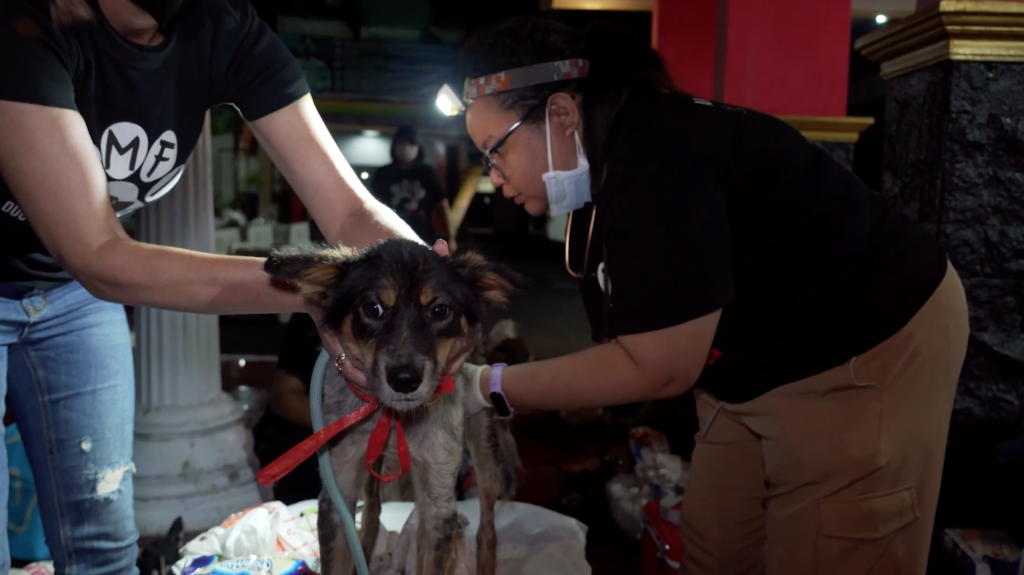 Police confirmed at the scene that “they anticipate the suspect will be prosecuted later this year for violating the Law of The Republic of Indonesia Number 41 Year 2014, Article 89, regarding Animal Husbandry and Animal Health”.

Video and images by HSI