Blake arrived at Helping Hounds Dog Rescue via Teardrops Romanian Dog Rescue on Valentine’s Day 2021. Blake was found in Romania by a lady after he had been hanged with barbed wire; it took a long, long time for her to be able to take him to a reputable vet in Bucharest where his injuries were attended.

Sadly his neck was so badly damaged that he no longer has a working trachea so he can only ‘air bark’. Unfortunately once he was returned to the village where he was found he was then beaten severely and his tail was broken. He was also tarred or glued around the neck and feathers then stuck on his neck – again, the lady helped him. 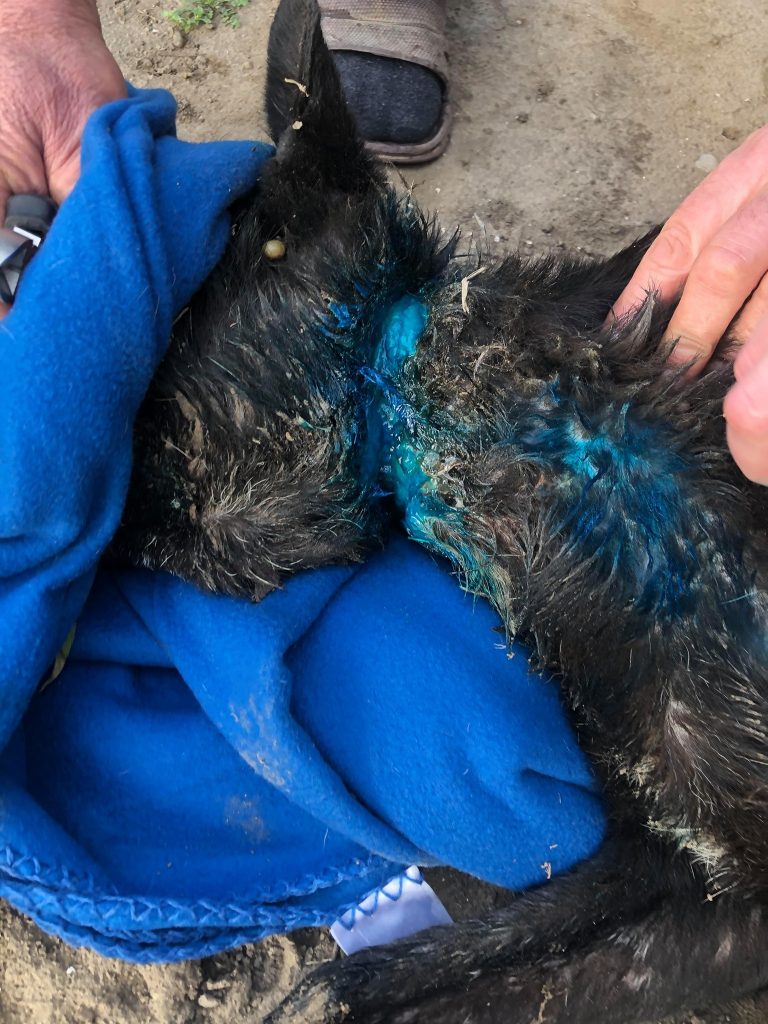 We heard about Blake and offered him a rescue place with us; he arrived on Valentine’s Day this year. He was untouchable, quiet, a severe abuse case – contained, an escape artist of the highest degree, aloof. We left Blake to decompress for a few weeks. He decided he rather liked another dog in our care so they started sharing a kennel together – their choice.

Gradually, small steps were achieved regarding us (the humans) and Blake. After some time he allowed a small bit of touch – nothing overpowering, maybe a quick gentle pat or stroke. Day by day and very carefully, we did our best to demolish the wall of utter despair Blake had built up around him for his own protection.

Month after month we made amazing progress with Blake – he would take treats, enjoy a stoke, sit with us (especially if it was sunny). However Blake would not entertain having either a collar or harness near him; I’m sure you can imagine why.

We then had a breakthrough – we found the Swiss-engineered Belka Magnetic harness from Orvis. Literally our first ‘attempt’ and it was on – and Blake was out! I think I’ll remember that day for as long as I live. The joy of seeing Blake outside in the field with all the other dogs was absolutely wonderful. 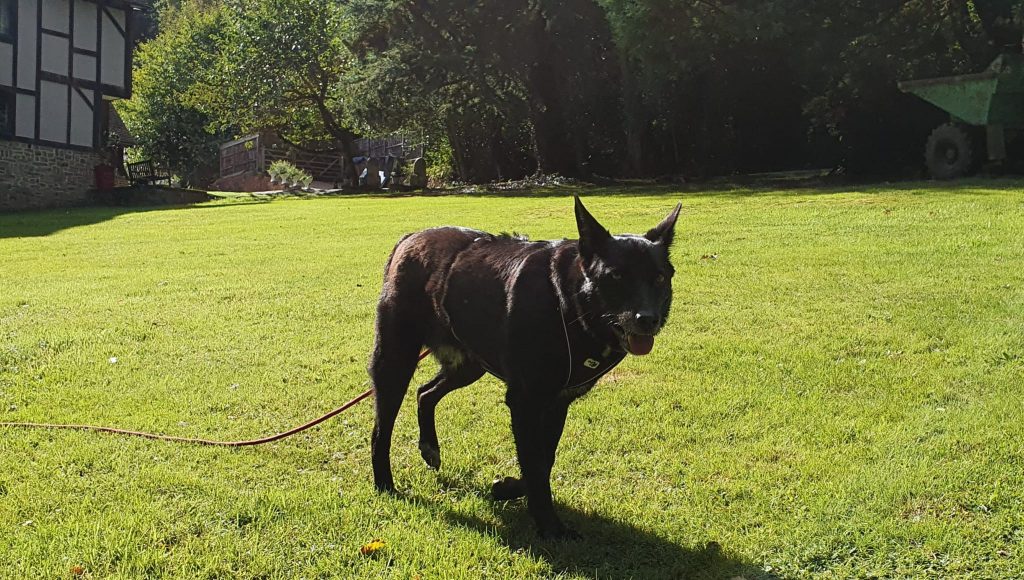 That was about two months ago. Since then his journey has taken almost disproportional steps; he’s out walking every day, his confidence has grown, he is relaxed around everyone, he’s absolutely great with all the other dogs – and he’s living a great life as a foster dog in my home with my other three dogs.

He is a complete show off who loves the sofa! His journey from Street to Sofa was long, sad and complicated; however I, and the whole team, are privileged to have been part of it. Not once in all the months we’ve known him has he shown a flicker of aggression towards us, which is quite remarkable considering his past.

Blake is now ready for his own forever home. Could it be yours? If you think you’re the right person to adopt Blake, visit his profile and contact Helping Hounds.

Dogs in the office: is it legal to welcome pets into the workplace? 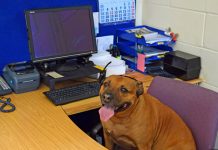 Good as Goldie: why senior Staffies make the best pets