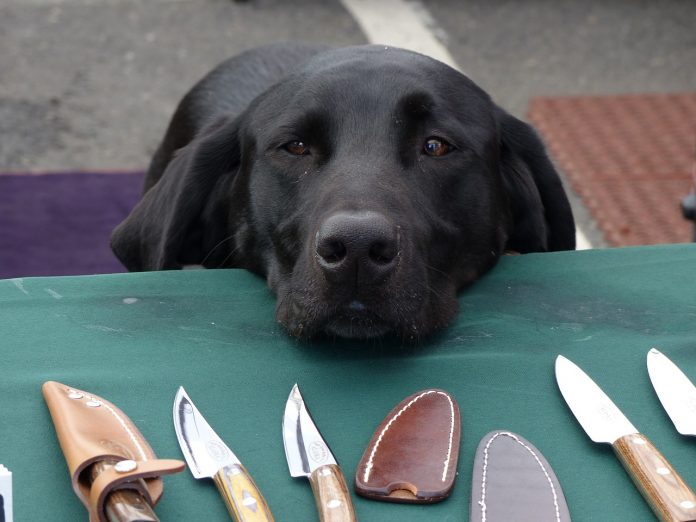 One victim was a dog called Lexi. Inspector Steven Morrall, who rushed the injured dog to the RSPCA’s Birmingham animal hospital, said, “A situation arose from a domestic argument where the boyfriend slashed the throat of the dog in front of the girlfriend.

“It is difficult to imagine how terrified this dog would have been and how much pain and suffering she went through because of this callous act of violence.”

It is not uncommon for domestic abusers to harm their partner’s pets in order to keep control over them. A Dogs Trust statement read, “Pets can be a major factor in people not being able to escape domestic abuse, for fear of what may happen to their beloved companions if they’re left behind.

“Dogs Trust research showed that almost half of professionals working in the sector are aware of cases where the pet has been killed.”

Lexi was lucky: the knife had barely missed a main artery, and she went on to make a full recovery. Other victims of such attacks – including a Staffie stabbed through the heart by his owner and left in a household bin, and a terrier stabbed to death by a teenager – were not so lucky.

Frontline rescuer Herchy Boal said she and her colleagues are seeing “far too many shocking incidents of blades being used on animals,” and described the injuries as “horrific”. Most of them believe that a people’s “lack of understanding of animals as sentient beings with thoughts and feelings” is a leading cause of such brutal attacks.

Boal added, “It’s vitally important that we teach the next generation to be kinder to animals, to explain they have feelings and emotions like us.

“We can build a kinder society for animals and people. Together we can Cancel Out Cruelty.”