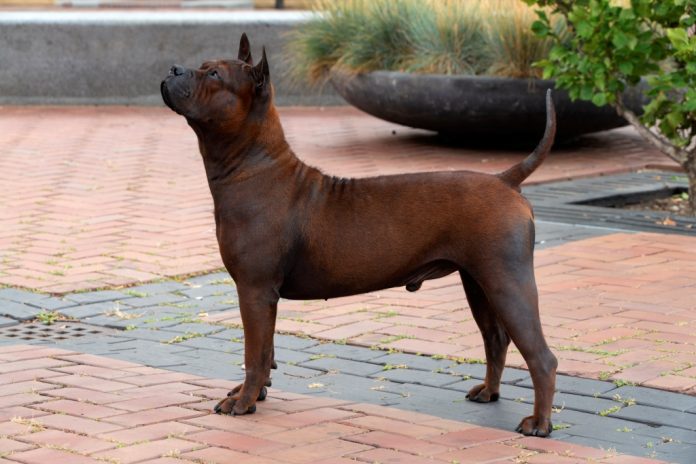 Ancient, long-lived and amazingly cat-like, the Chuandong Hound has been called many names through centuries – and has started its journey to the West only a few years ago.

When Alison Darley came across images of the Chuandong Hound online, she was immediately fascinated – and reading up, she soon realised she may be looking at the perfect breed for her.

“I’d had Dogue de Bordeauxs for many years. I love the breed, but their sheer size sometimes caused problems with their care” she said. “They can be clumsy, knocking into people without meaning to, which on occasions caused a problem for my daughter, who has Downs Syndrome. Plus, as with most giant breeds they have rather short life spans – and each time one died, there was so much heartbreak.”

Chuandong Hounds seemed to be a good alternative. 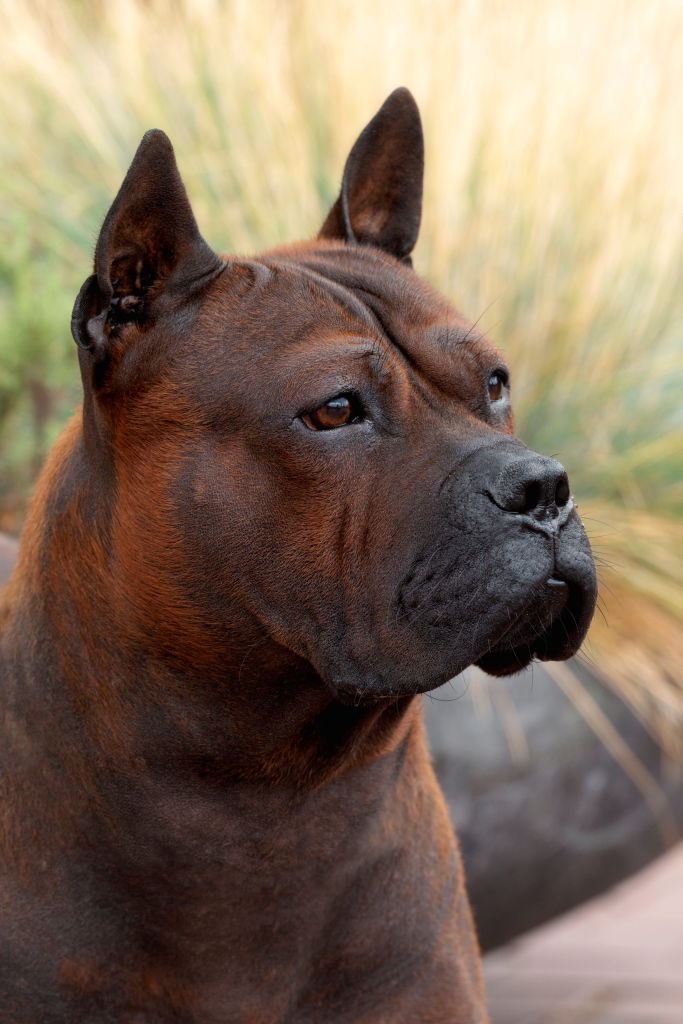 “They are very cat-like: they’re sure-footed, keep themselves immaculately clean, and can move their ears separately. Absolutely unique,” Alison says. “Their lifespan is exceptionally long, too: there are records of some dogs living to be 20 years old.”

Alison, who decided to import her first Chuandong Hounds from China in 2016 – the first of the breed to come to the UK – says that the process was nothing short of a nightmare. After choosing the pups, and after months and months of paperwork, her dogs finally arrived in 2017.

Of course, the move from rural China to the UK was a bit of a culture shock for them!

Alison, who has a background in obedience training, says that they are “as clever as a collie, if not a bit more”. They have plenty of energy, but are far from impossible to tire out: they love to play and interact with people. Medium-sized, they are less likely to knock over people by accident than larger dogs.

“Of course, the move from rural China to the UK was a bit of a culture shock for them! My male, Dynasty, took it in all in his stride. But the females remain a bit more aloof with strangers – they make very good house dogs and will alert you if anyone is around,  they are brilliant family dogs. My daughter has been doing some handling with them, and it’s been working out wonderfully. They adore children.” 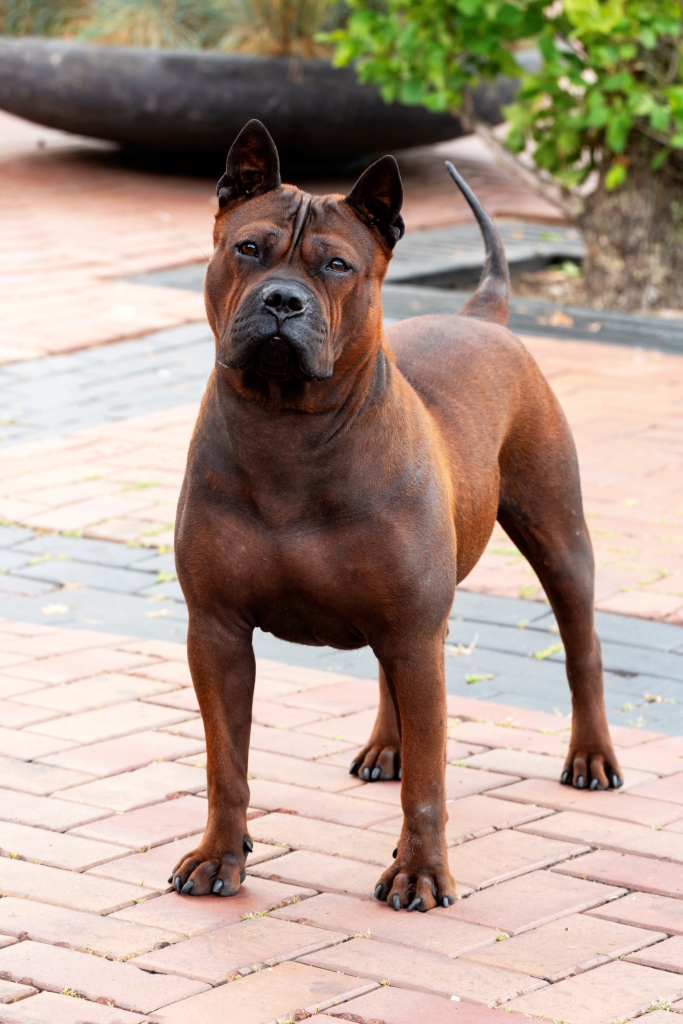 Despite dating back some 2,000 years – sculptures of similar dogs were found in ancient tombs which dated back to the time of the Han Dynasty (206 BC-220 AD), suggesting they were held in high esteem – this breed remained entirely unknown in the West until the Eighties.

For the longest time, there wasn’t even a single breed name: communities in the Chongqing region, in the mountain area of southwest China, each had their own name for these dogs. Chuandong dog, East Sichuan Hunting dog, Bamboo Ratter, Mountain dog, Hechuan dog, Pak Tin Par dog, and Linshui dog were some of the names used to describe these hunting dogs.

The dogs living in Chongqing City began developing different traits from the original breed, such as a shorter muzzle and a stockier build

It wasn’t until the year 2000 that the name ‘Chongqing dog’ was introduced for the breed, as many of their owners moved from the mountains to Chongqing City, taking their dogs with them. However, the move to the city caused a change in the breed, which had remained essentially unchanged since at least the time of the Han Dynasty.

“As people moved to the city with their dogs, they were crossed with other breeds. The dogs living in Chongqing City began developing different traits from the original breed, such as a shorter muzzle and a stockier build; within a few generations they were very different to the ancient hunting hound.”

In August 2018 the decision was made to split the breed, which had been recognised by the CKU (China Kennel Union) just one year earlier. Mr Franki Leung, head of the CKU Native Breed Conservation Club and members of the breed club, divided it to create two established breeds: the city type, retained the name of ‘Chongqing Dog’, and the traditional hound Alison owns, was named ‘Chuandong Hound’.

Breed standards for both were produced only recently, in January 2019; in July 2018, the CKU had opened up registrations to owners abroad. Alison says that, as far as she is aware, she is currently the only person outside China currently focusing on the Chuandong Hound. There are about 100 such dogs registered in China, plus her own first generation and second generation dogs here in the UK.

There aren’t many of these dogs in China: the breed has been on the brink of extinction before and is still rarer than the giant Panda.

“The process of registering them with the CKU was almost as complicated as that of getting the dogs into the UK,” she laughs. “They needed pictures of the dogs, and blood samples to build a database for the breed. They are very careful about these things, and for good reason. There aren’t many of these dogs in China: the breed has been on the brink of extinction before and is still rarer than the giant Panda.

“I am just as careful breeding them, health testing my adults to make sure the puppies are inherently healthy,” she says. “So far, all dogs are well. A couple of pups developed cherry eye and they have a slightly undershot bite, which I will be working on in the coming generations, as I bring in more dogs to enlarge the gene pool – even if I dread the whole process of importing!” 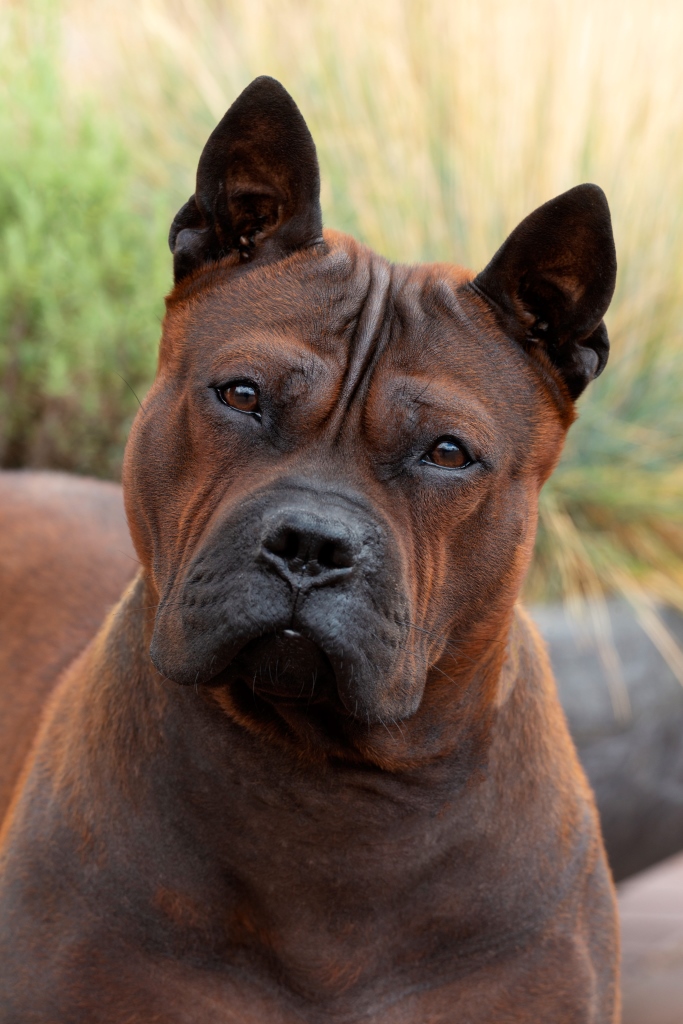 Alison is now aiming to see this ancient and rare breed recognised by our UK Kennel Club. A ’New breed’ application was received on 22nd February 2019. If successful, she will be able to take her dogs to the next ‘Discover Dogs’ London, followed by Crufts 2020 to introduce this still unknown breed to UK dog enthusiast.

“Chuandong Hounds are very affectionate dogs. I have found homes for ten of the puppies I bred so far, and one of the owners told me he’s the son he never had. They’re impossible not to love – and very much part of the family.”