Despite reports of pet theft increasing year on year, calls to make pet theft a specific offence with custodial sentences have so far been ignored. Thieves got bolder as they cashed in on the high demand for dogs and puppies in the midst of the Covid crisis, and many feel a change in microchip law may at least make it easier to reunite stolen and lost pets.

In April 2016, a new law came into effect making it compulsory for all dogs in England and Wales to be microchipped and registered on an approved database. Owners are required by law to ensure their dog is chipped and that the details on the chip are kept up to date, and face fines if they do not comply.

However, one thing never became compulsory: scanning dogs for said microchip. While it is considered “best practice” and highly recommended, the fact remains that rescue centres, dog wardens and veterinary professionals are under no obligation to check for a microchip when a lost dog is taken to them – or when they register a new patient in the case of vets.

“While microchipping your dog is mandatory, scanning them is not. This loophole needs closing”

This resulted in heartbreaking cases, with lost dogs falling through the cracks and being rehomed or, worse yet, put to sleep despite having a microchip registered to an owner desperate to find them.

One such case is that of 18-month-old Tuk, a rescue dog from Romania who was put to sleep without the consent or knowledge of his registered keepers. Tuk’s chip was still registered to his original rescue, but as the vet never scanned him for a microchip they never noticed the discrepancy – and just like that Tuk, a healthy young dog who had traveled to the UK for a better life, was gone.

Elaine Young, Tuk’s foster carer, told Dogs Today in 2019, “If the vet had simply scanned him he would have realised the dog was registered to someone else, and certainly you wouldn’t put to sleep a pet registered to a third party without at least trying to get in touch with them!

“But this did not happen because while microchipping your dog is mandatory, scanning them is not. This loophole needs closing.”

A petition to make scanning for microchips mandatory, called Fern’s Law after a stolen dog who was reunited years after being stolen thanks to her chip, received over 112,000 signatures. It is currently being considered for debate in Parliament.

“Vets can play a valuable role in reuniting missing microchipped pets. We have microchipped our pets with the expectation to be reunited if the worst happens and they are lost or stolen,” the petition reads. “If just one organisation is not committed to scan and check microchip registration the whole system fails and is not fit for purpose. Legislation is needed to replace half hearted ‘strengthened, best practice recommendations’.”

In December 2020, the Department for Environment, Food and Rural Affairs (Defra) launched a consultation on two matters: whether to make microchipping compulsory for cats as well, and whether the scanning of pets’ microchips should be compulsory. The consultation closed in February closed and the outcome is still unknown.

While campaigners feel strongly that scanning for microchips should be just as mandatory as microchipping one’s dog, the British Veterinary Association (BVA) is opposed to the plan – saying it can put veterinary professionals in harm’s way in a worst case scenario, as well as discouraging whoever has a stolen or missing dog from seeking veterinary attention for them.

Vets have good reason to fear for their safety should they find themselves confronting an individual with a stolen dog, as pet thieves have been known to resort to violence. On 11 January, a Plymouth student called Allie Knight was violently attacked while out walking her pug, Paddy. Two men shoved her on the ground and struck her in the face before searching her pockets.Then, they set their sights on Paddy.

“I kept hold of the leash, and I remember they kept trying to take it from me,” Knight later said. “I had my motorcycle gloves on, so I gave a few punches back, grabbed my dog and tried to run, but one of them grabbed my wrist, and they both took me to the ground again and started hitting me in the face whilst I just gripped her as tightly as I could.” 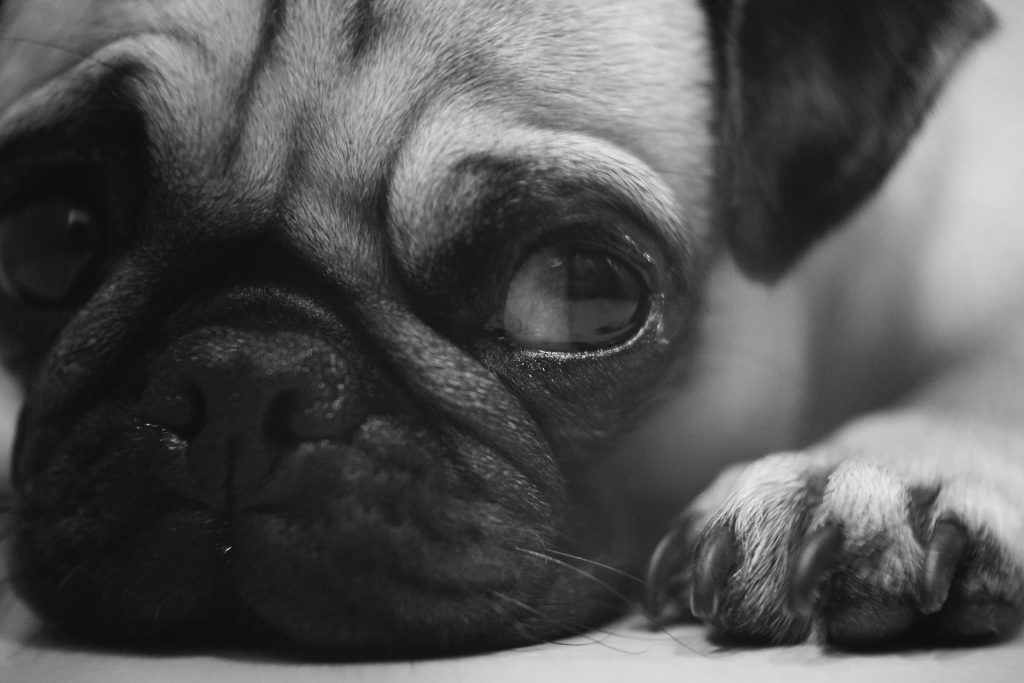 The sound of a car approaching finally caused the men to flee, leaving her bruised and shaken – but still holding onto her dog.

On the subject of mandatory microchip checks for veterinary professionals, BVA senior vice president Daniella Dos Santos added, “We recommend that vets should scan for a microchip, where appropriate across a range of different scenarios. However we strongly oppose calls to make it compulsory.

“Making vets enforcement officers of any kind risks compromising trust between vets and owners and could deter some people from accessing vital care and treatment for their pets. Scanning in certain scenarios could also present a risk to the client, for example if someone fleeing domestic abuse has their details passed on to a former partner who registered the pet.”

Any pet can be registered on more than one database, which can lead to “heartbreaking ownership disputes”

“It is for cases like this that we feel that the vet must be able to make a judgement call about what approach is best for the welfare of both the animal, and the owner.”

BVA also argues that “while it may appear to be a simple task to scan a microchip to check ownership of a pet, there is no central portal and there are now 15 different databases we have to grapple with to find the owner”. Any pet can be registered on more than one database, which can lead to “heartbreaking ownership disputes”.

Campaigners for mandatory scanning recognise that the co-existence of several databases is a span in the works of what should be a quick, streamlined process to identify a dog’s registered keeper. An additional petition for the creation of a single database received just over 25,00 signatures.