With pet theft on the increase and new reports of stolen dogs surfacing every day, it is easy for many dog owners to fall into a state of panic. Karen Lindsey, from Travel with Basil, was terrified as well – but decided to set about to establish whether her extreme fear of dog theft is a justified one…

You could be forgiven for thinking that preparations were underway for entering a combat zone. Yet, if the hype is to be believed, checking these essentials off the list is exactly what we should each be considering before venturing outside to take Fido for walkies… although not in some war-torn country but right here in our very own green yet potentially not so pleasant ‘canine owner’ land.

In particular, incessant feeds on social media warning us of another type of pandemic, namely that of ‘dog theft’, has had me rummaging through the depths of my work box, frantically trying to lay my fingers on a whistle, scanning the internet for legal deterrent sprays and eyeing up whether I should consider wearing my brother’s fluorescent jacket, albeit ten sizes too big! 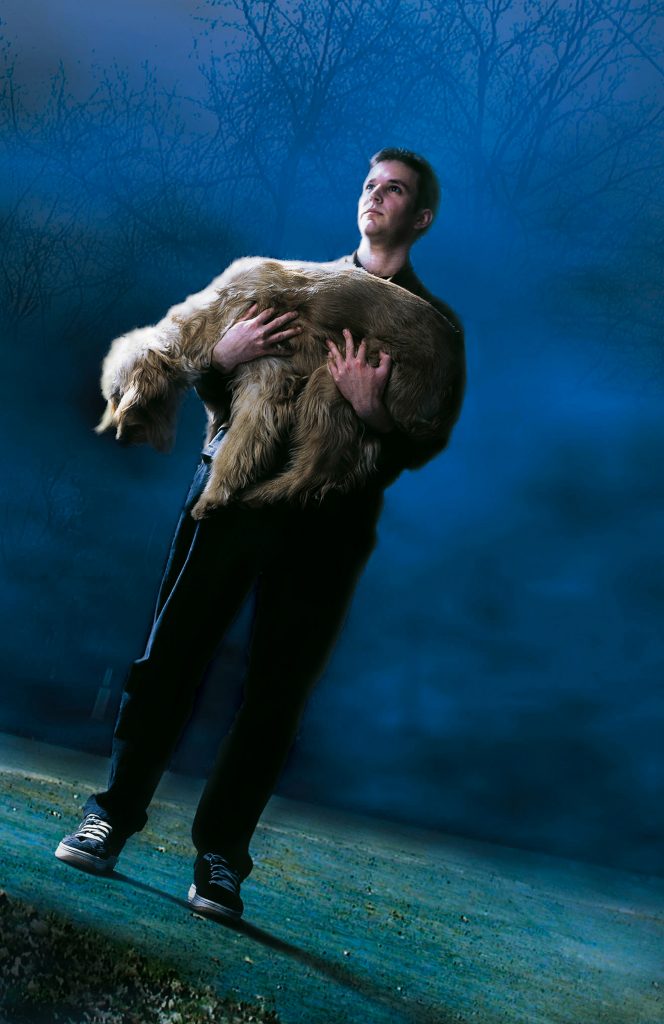 Of late, my anxiety levels have gone through the roof and if Caesar Milan is to be regarded, also straight down my arm directly into the hand firmly clutching a (noticeably steel absent) leash thus inadvertently creating the perfect conduit for delivering a spikey energy to the already heightened receptors of my rather scaredy-pooch, Basil. This is neither a good thing for Basil’s or my wellbeing so it got me thinking… is my intense fear a justified one?

I set about trying to establish some facts and to my disappointment, ‘facts’ are quite hard to come by. The police were my first port of call. Unfortunately, as stealing a dog comes under the Theft Act 1968, sentient beings are recorded in the same way as a theft of property such as an inanimate object; a bicycle or a phone. Also, when logging the incident, ‘dogs’ are not always specified, so it can simply be generalised as ‘theft’. Therefore, it is almost impossible to ascertain the accurate number of dog thefts that have taken place.

My research subsequently found, depending upon the websites that one reads, that annual figures associated with dog theft in the UK vary wildly from the hundreds to the thousands. However, reputable sources such as The Kennel Club report statistics of around 2,000 for the year 2020.

Thieves continue to be, quite literally, making hay whilst the sun shines.

What doesn’t seem to be in dispute is the rise in dog thefts when compared to the previous year, with the pandemic (where an unprecedented amount of people forced to stay at home desired to purchase a four-legged friend for company) being cited as the key reason. A spokesperson for Dogs Trust, the UK’s largest animal welfare charity, said, ‘Given the high demand for dogs in the last year and the increase in prices, it is no wonder dog theft is on the increase.’

Inevitably with this unusually high ‘supply and demand’ circumstance, the price of human’s best friend has purportedly doubled and in some cases, quadrupled. Thieves continue to be, quite literally, making hay whilst the sun shines. It could be reasonably argued that with so much money to be made, thieves are taking a calculated risk because the punishment is woefully out of alignment with the impact of the crime and simply not a great enough deterrent.

We have recently heard that our perception of the problem may, nonetheless, be far worse than the reality and social media has been named as one of the media outlets for possibly over exaggerating the situation. 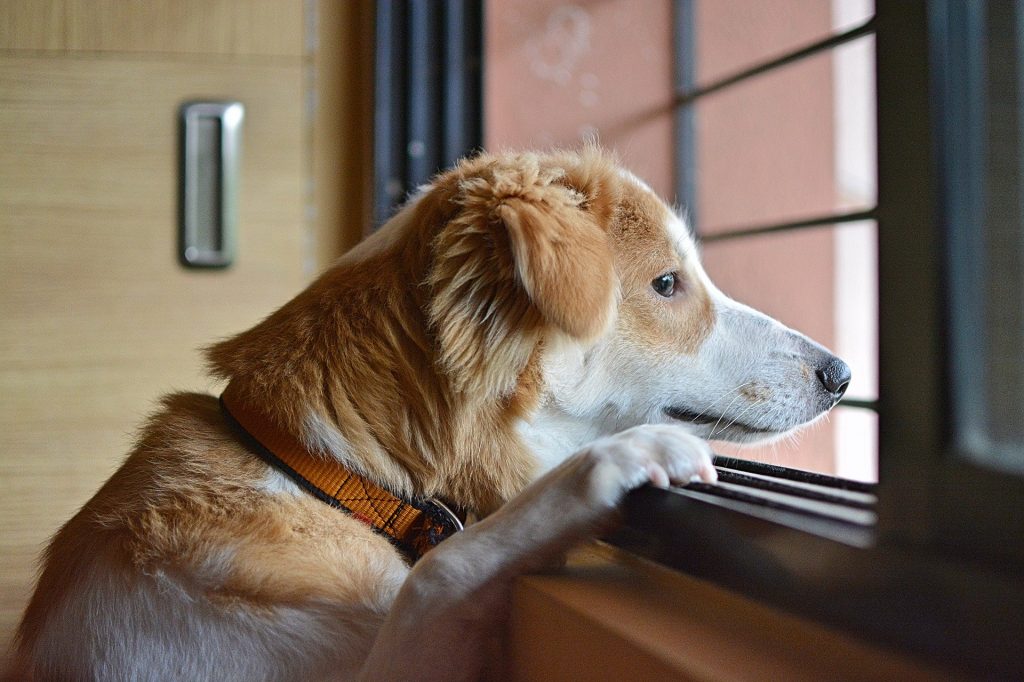 To this end, I recently received a story of a lady being accosted in a high street where somebody tried to steal her pup in broad daylight. This notification featured on my general FB feed and also on independent community pages. Likewise, around the same period, an alleged aborted theft took place on a well-known stretch of beach. Both reports spread like wildfire with the majority of people understandably sharing their shock and support whilst a lesser number questioned their validity.

It transpires, as confirmed by the constabulary, that the high street incident was a ‘domestic situation’ rather than an attempted theft by a stranger. Unfortunately, no such reassurance has been voiced by the authorities regarding the beach occurrence. So, is social media the most effective communication tool or does it on occasion, albeit unwittingly, enable the peddling of falsehoods? Helpful or harmful, rightly or wrongly, posts of this nature (regardless of where in the UK the professed theft took place) undoubtedly heighten anxiety, instil panic and perpetuate fear.

What we desperately need is some clarity. According to the PDSA there are 10.1 million dogs in the UK – the North West and South East being recognised for sharing the status of the most animals per region. The PFMA stated that in my area (South East) 842,000 households owned a dog (averaging 1.4 dogs per household) in 2019 and in today’s money this calculates to be 1.1 million dogs. I subsequently requested, through the Freedom of Information Act, verified figures but the police were unable to oblige as such information is ‘not held in a readily retrievable format’.

Contemplating how we can have a positive impact on diminishing the thieves marketplace is essential.

In the absence of certified figures, ITV/Meridien reported that there were 163 dog thefts in the South East last year. And, although PFMA’s ownership figures are not yet available for 2020, it could reasonably be assumed that around 116 households in my territory have been a victim of dog theft. In statistical terms that means dog owners in the South East, by my calculation, have around a 0.01% chance of being victimised.

Crucially, I found it beneficial to specifically examine my particular area rather than taking a national review so that I could truly ascertain the level of threat posed on my own doorstep. As encouraging and as ‘tiny’ that this regional statistic may sound, I report this finding with a humbling thought – I feel sure that each and every one of these 116 households would express that the fallout and devastation suffered by the disappearance of a treasured family member is anything but negligible!

Consequently, is there anything that can be done to help improve the situation nationally? Well, in my opinion, contemplating how we can have a positive impact on diminishing the thieves marketplace is essential. Perhaps considering not to ‘buy on-line’ but to liaise directly with trustworthy resources and breeders, making sure that diligent background checks are always undertaken. Alternatively, supporting our animal charities by helping to promote the benefits of adoption and, indeed, choosing to adopt rather than shop when the occasion arises and circumstances are appropriate. 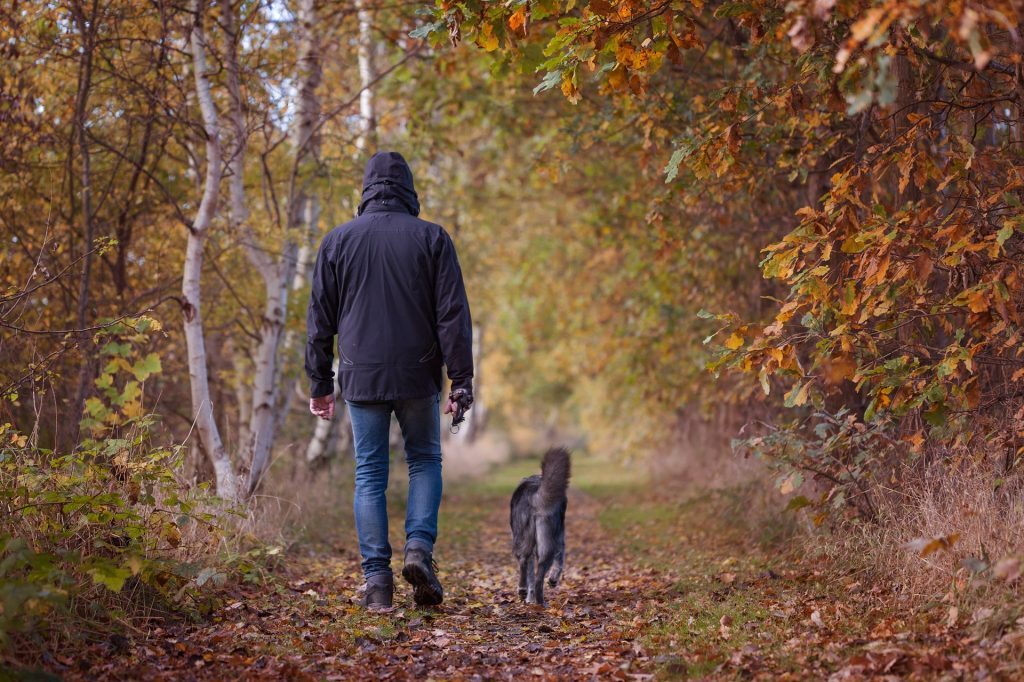 Combining these actions with petitioning for stiffer sentencing; fitting to the crime of causing stress to a sentient being(s) along with clearer reporting by all concerned, such as ensuring that all social media alerts feature the date of the incident, crime number and details of the station handling the theft – making it easier to validate a story – thus helping to sift the wheat from the chaff so that only genuine thefts are circulated.

Moreover, advocating the need for precise (regional) reporting by the police so that dog owners can make informed decisions of the protective measures they may wish to put in place. It is clear that open dialogue between the public and the authorities resulting in subsequent collective action is required in order to make a difference.

In conclusion, is my intense fear a justified one? On balance, mercifully, I don’t think that it is. So, I’ve made a decision to relax a little. To by-pass my brother’s Hi Vis jacket and pop my whistle back in the box but that doesn’t mean to say that I shall rest on my laurels and become an easy target – after all, a genuine threat still exists, no matter how statistically small.

I believe that we do, with fitting measures in place, still live in a green and pleasant land.

I’ll remain vigilant, follow my gut instinct and consider all suggestions that will help to minimise theft opportunities as I think that as responsible canine owners, we have a part to play in keeping our family members as safe as we possibly can – we are their guardians in every sense of the word.

Nevertheless, with a noticeably eased grip on Basil’s lead and hopefully a happier, less fretful pooch at the end of it, my aim is to once again try to enjoy exploring the outdoors together… as I believe that we do, with fitting measures in place, still live in a green and pleasant land. 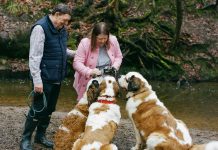 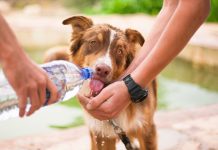