With the pandemic driving up pet demand and prices, and dog theft rarely taken seriously as a crime, 2020 has been an especially bleak year for many pet owners.

According to research by Direct Line Pet Insurance reveals that reports of dog theft increased by a fifth in 2020, with an estimated 2,438 dogs were reported as stolen to police forces across the UK – a rise of 19 per cent compared to the previous year. This means that, on average, seven dogs were stolen every day. Of these, only about 22 per cent were reunited with their owners.

In the five years Direct Line has been analysing dog theft, reports of this crime have risen by 31 per cent. The most targeted breed remains the Staffordshire Bull Terrier, followed by crossbreeds; however 2020 has also seen a particular increase thefts of Springer spaniels and Labradors. 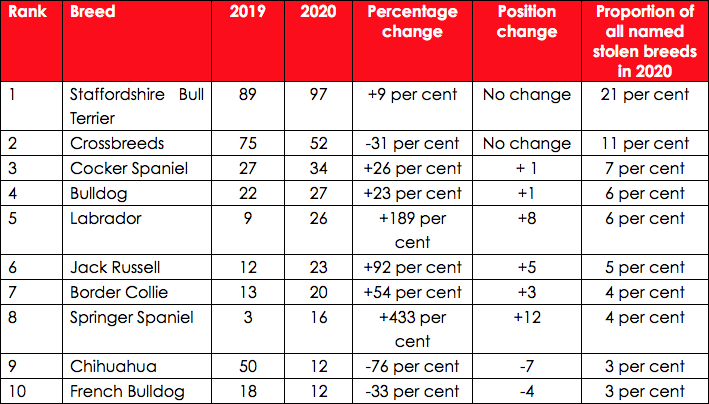 Madeline Pike, Veterinary Nurse for Direct Line Pet Insurance, said, “It’s incredibly sad to see the number of dog thefts rising by such a large proportion in 2020. Unfortunately, it seems the increase in dog ownership over lockdowns has also translated to a rise in dog thefts, as thieves know how valuable some of these breeds can be and see them as a commodity rather than a beloved member of the family.

“The worry is these numbers will increase even further this year once dogs are left alone more as restrictions ease and we return to a new ‘normal’. Taking simple precautions like not leaving your dog tied up outside a shop or keeping it on the lead when in busy areas, will help reduce the likelihood of being targeted, while making sure microchipping contact details are up to date can help identify a dog if it is stolen and handed in.”

The Metropolitan Police received the greatest number of reports of all forces in 2020, but according to Direct Line Pet Insurance the North West is now the “regional dog theft hotspot”, with a 68 per cent increase. 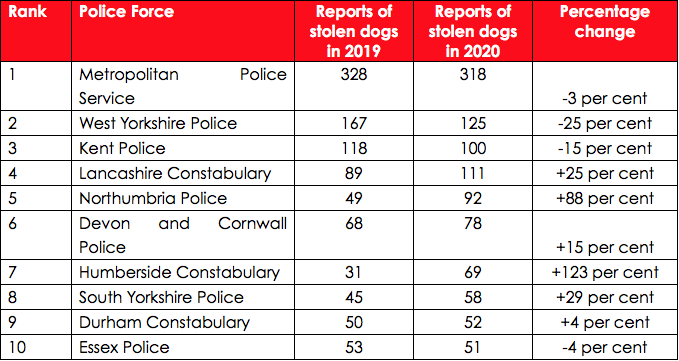 Recently, Nottinghamshire Police became the first force in country to appoint dog theft lead, as charity Guide Dogs for the Blind revealed that for the first time they were made aware of incidents during which someone had attempted to take a guide dog from their owner – luckily without success.

According to a new data report by GoCompare, the price of dogs has surged by up to 450 per cent during the pandemic – making pet theft all the more lucrative and attractive, as the lack of a specific law against pet theft means this crime is low-risk, with current legislation taking it no more seriously than the theft of a car or a TV set. 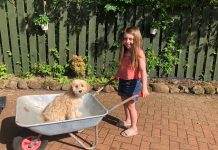 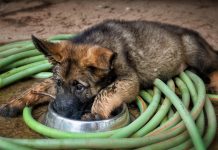 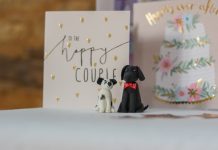