After passing its Second Reading in October 2020 and clearing the Committee Stage of its passage through the House of Commons on Wednesday 3 February, the Animal Welfare (Sentencing) Bill is now ready to move on to the House of Lords.

The Bill, which aims to increase the maximum jail sentence for the worst cases of animal cruelty in England and Wales to five years, cleared the House of Commons on Friday 12 February after receiving an unopposed third reading from MPs. It will now move on to the House of Lords and, provided it passes through all stages, the Bill will be enshrined into law.

This would bring England in line with Northern Ireland as well as Scotland, where the maximum custodial sentence for animal cruelty was raised from 12 months to five years in July 2020 with the Animals and Wildlife (Penalties, Protections and Powers) (Scotland) Bill.

Dr Neil Hudson, MP for Penrith and The Border as well as a veterinary surgeon, said, “This is a hugely important Bill and, as a vet, I strongly support this measure to improve animal welfare. I was due to speak in the debate on the Bill but owing to time restrictions it was voted on without contributions.

“Increased sentencing from 6 months to 5 years will protect animals and help act as deterrent. We have duty of care to protect and look after animals with dignity and respect as fully sentient beings. Sadly, animal cruelty exists in society, and has also been linked on occasion with domestic abuse cases.

“The Bill has received cross-party support, showing that the House is united in protecting animals from harm.”

He added, “I wish the Bill well as it now goes to the Lords and a step closer to the statute books. I would like to thank the tireless efforts of campaigners and my colleague, Chris Loder MP, whose Private Members Bill makes this change possible.”

At the moment, Endland and Wales’ current maximum jail term of six months is the lowest across Europe and North America, but would increase tenfold if the Bill becomes law. The Welsh Government has agreed that once the law is changed in England, it will also apply in Wales. 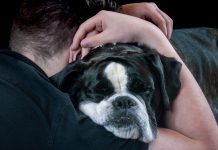 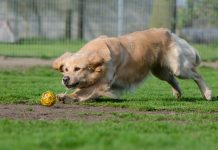 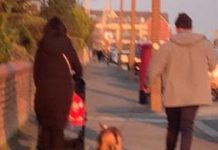