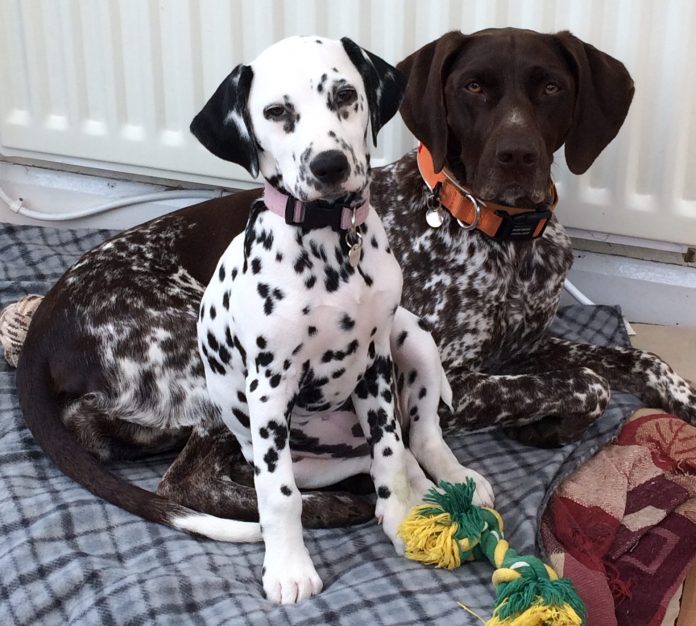 The Dalmatian that Lost its Spots is a new dog adventure story by Cumbrian children’s author Helen Haraldsen. The book is based on Helen’s own dogs; Lucy the Dalmatian and Petra the German shorthaired pointer.

It was my husband’s idea to write a story with the dogs as main characters, due to my writing the Amber’s Pony Tales series about the ponies I’d had as a child.  And so, during a camping trip in 2019, I began the story. But I was busy writing the pony books so it got put on hold while I focused on them.

Sadly, during lockdown in April 2020, Lucy passed away suddenly during a walk. It was so shocking and upsetting, we just couldn’t believe it. Lucy was such a beautiful dog with a big personality and she was a huge miss, even though we still had Petra. I thought, that’s it then, I’ll never finish the Dalmatian story. There just didn’t seem any point. But later, I thought it would be nice to finish it in her memory, as I did with the pony stories. 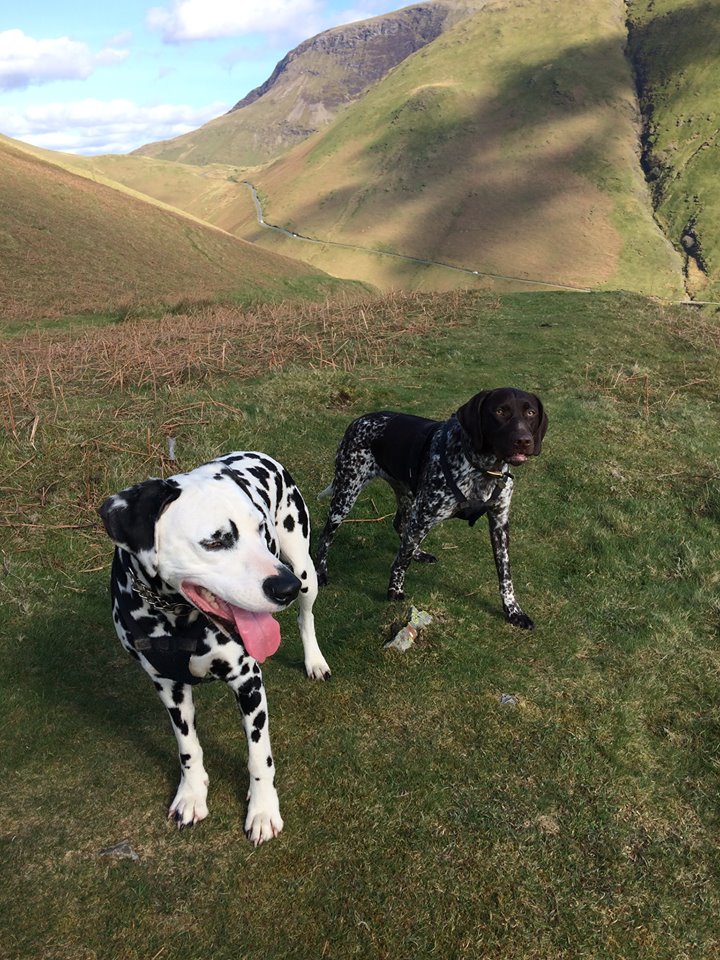 I worked on the story during the spring and into summer. Once it was complete, it was illustrated by artist, Steve Hutton, who used photographs of Lucy and Petra for inspiration.  Before publication, I sought feedback from some well-known children’s authors.

I didn’t expect to hear back from anyone to be honest, so I was amazed when two award winning authors agreed to read the manuscript: Tom Palmer, author of D Day Dog, and Sam Angus, author of Soldier Dog.

Tom said the Lost Spots tale was ‘a clever and heartwarming story that all dog-lovers will enjoy’. Sam said it was ‘a charming and unusual story’ and also provided detailed notes on the story’s strengths, plus some suggestions to make it even better. 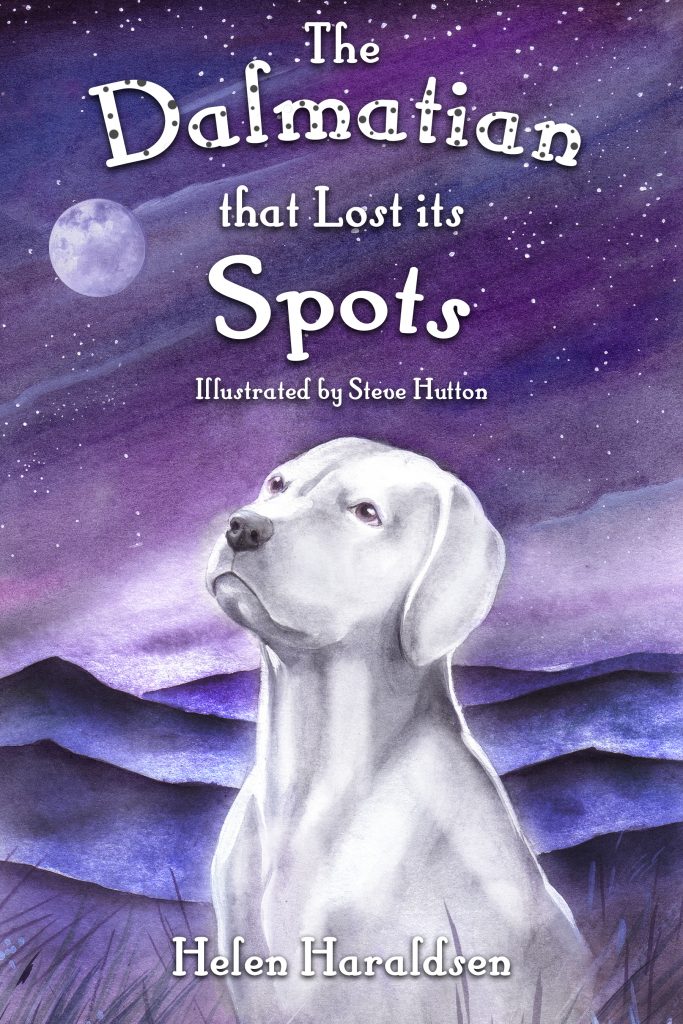 I couldn’t believe she’d taken the time to get so involved with the story and provide such detailed feedback.  It was so generous of her, I was truly amazed. I used some of Sam’s ideas and worked with my editor to make a few changes and additions. I’m really happy with the final story.

Once it was complete, I visited a local primary school to test part of the story out on the Key Stage 2 pupils and invite them to help choose the blurb and cover design. Finally, with everything complete, the book is now published. It’s an animal adventure with a touch of fantasy for children aged around 7 – 9.

We still miss Lucy, but couldn’t cope without a spotty dog in our life, so we now have another Dalmatian called Bella, who is almost a year old.  She and Petra are already the best of friends.  It’s nice that the book is out there now keeping Lucy’s memory alive and it’s been getting some lovely reviews.  It means such a lot to know that readers are enjoying the story. 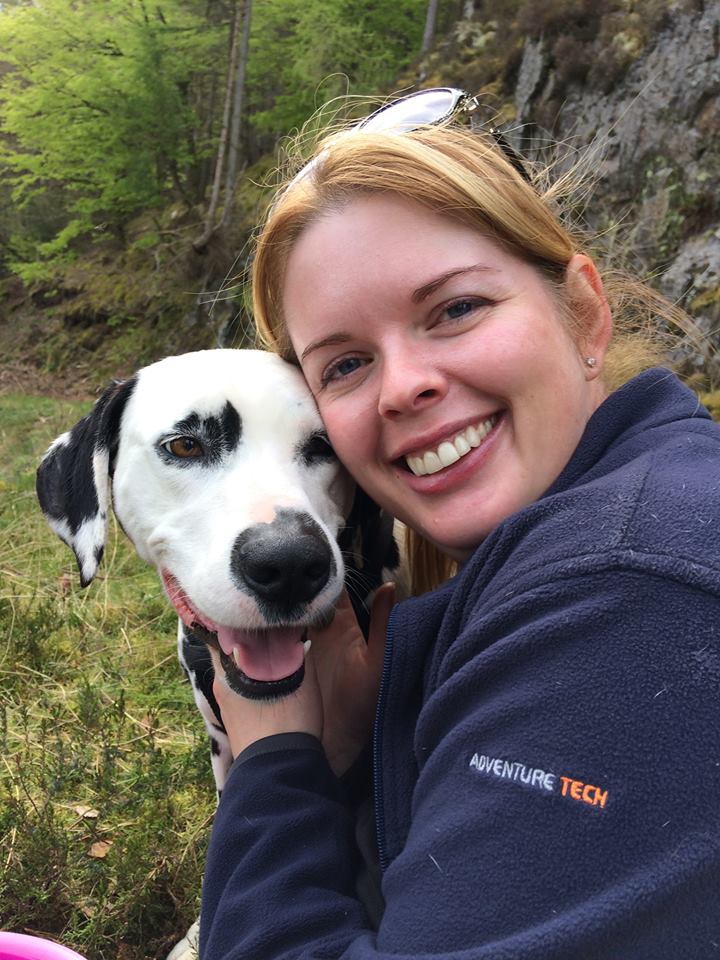 Helen is currently writing a sequel to the book featuring another adventure for Lucy and Petra, plus a host on new canine characters.

The Dalmatian that Lost its Spots is available on Amazon. 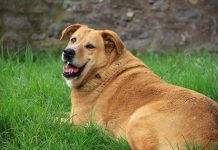 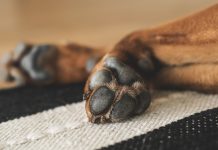 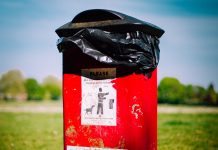