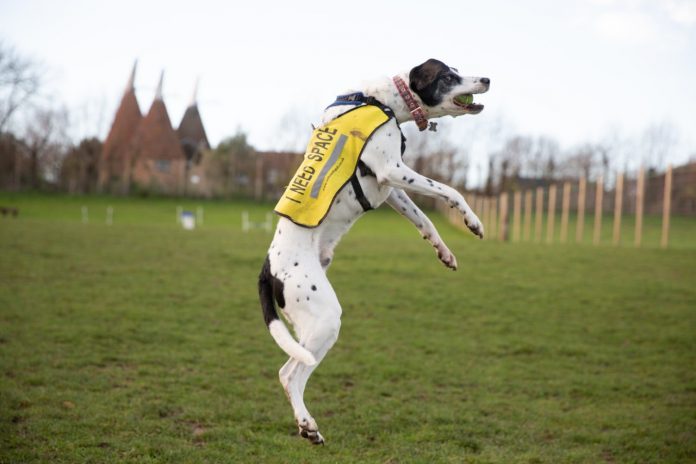 It was April 2019. We had just got back from our holiday and were finally in a position to get a dog. Having volunteered at Dogs Trust for a while I knew that I wanted to give a rescue dog a home and when we came across Monty’s cheeky face on the internet we knew that we had to meet him.

We were told that Monty was a worried dog, was anxious around new people, reactive to dogs, had arthritis, was very food obsessed and was picked up as a stray. He had previously been rehomed once but was returned for snapping over food. We were also told that he’d been waiting for a home for three years and that’s when we knew that we wanted to give him a chance.

After several visits to Dogs Trust and one home visit Monty finally moved in. He certainly kept us on our toes with his constant counter surfing, leaping in the air trying to steal our dinner as we walked to the table with it, eating the birds’ fat balls and “scrambling” a whole box of eggs on the kitchen floor as well as going absolutely loopy every time he saw a sock – we learnt to shut ourselves in the bathroom to put socks on! 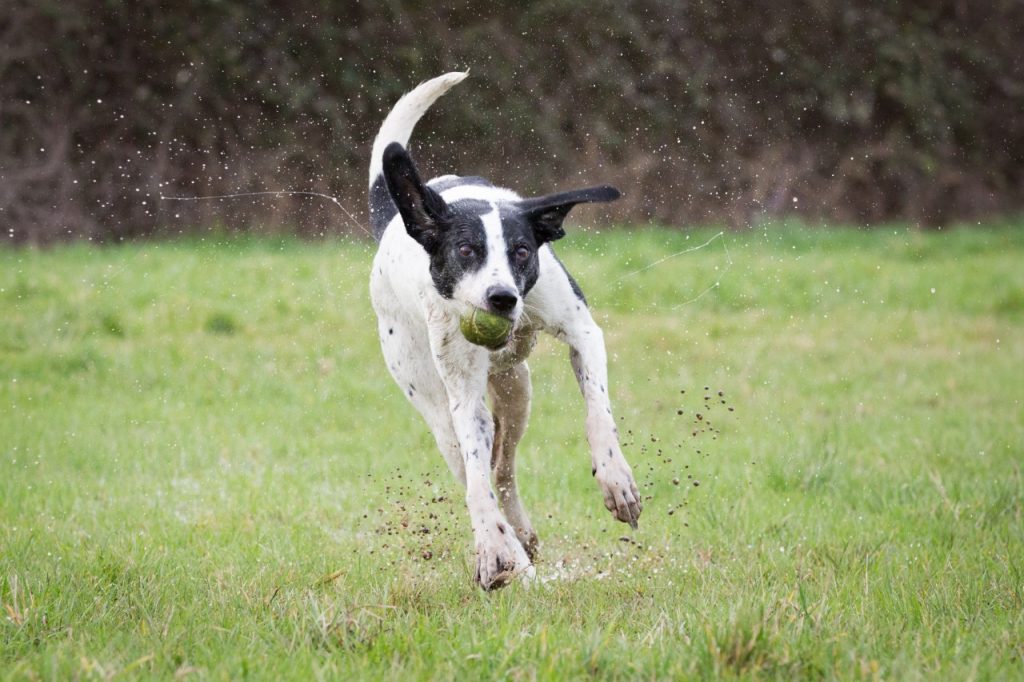 Monty is known as a “reactive” dog. This means that he overreacts to things in the environment – in his case it’s seeing strangers and dogs. When we first got Monty there were times when he would bark and lunge at one of these “triggers” across a whole field. We worked with various behaviourists both at Dogs Trust and other sources to find ways to help Monty to reduce his fear around this triggers and these days he can stay under his threshold (no barking or lunging) at around 16m from a stranger and 18m from a dog.

Along the way, we’ve picked up lots of tips about living with a reactive dog. We’re aiming to change Monty’s emotions when seeing his triggers so we’ve always got a supply of cheese or chicken on us! As soon as he sees a person or a dog he knows to look at us for a treat and he continues to get treats until the trigger is out of sight. 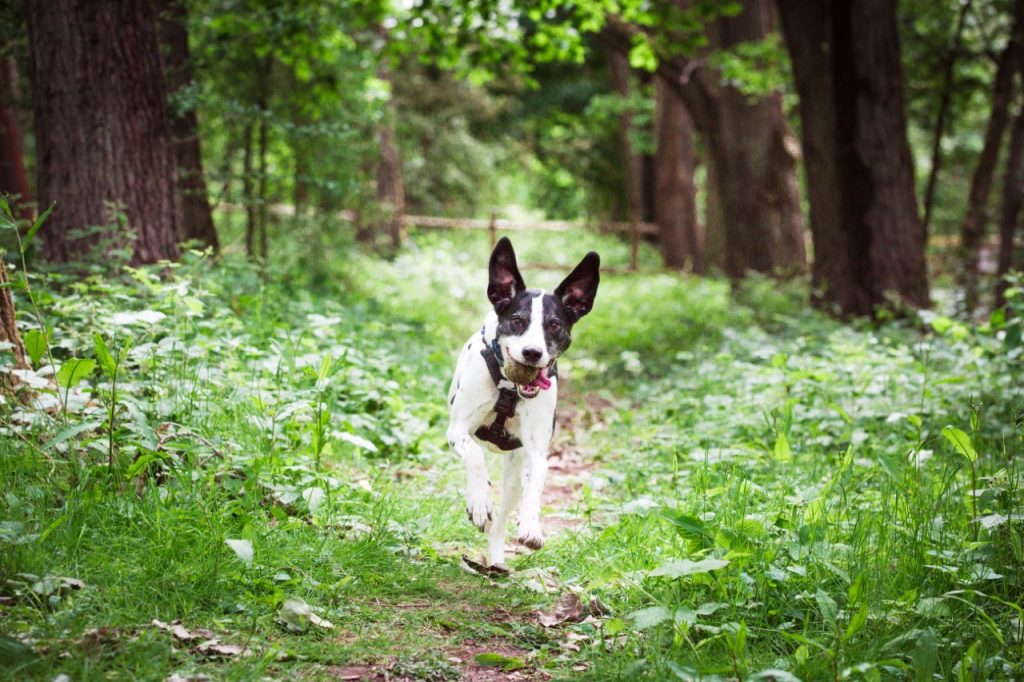 He’s been on a course for reactive dogs where we learnt what to do in different situations such as doing 180 degree turns, running away or distracting him by scattering food in the grass for him to find.

Monty gets trigger stacked quite easily too. This is a bit like when your alarm doesn’t go off in the morning so you’re late leaving for work, you then get stuck in traffic which makes you even later, you open your emails to find 10 emails that you need to respond to and then you’re asked to go to an extra meeting and you end up losing the plot and snapping at someone. It’s the same for reactive dogs.

They might see a person cross the road near them and feel anxious, then they see a dog running around in the park which makes them feel more stressed and then someone walks by them and they end up barking and lunging. It is just their way of communicating that they need some space and that they have had enough. 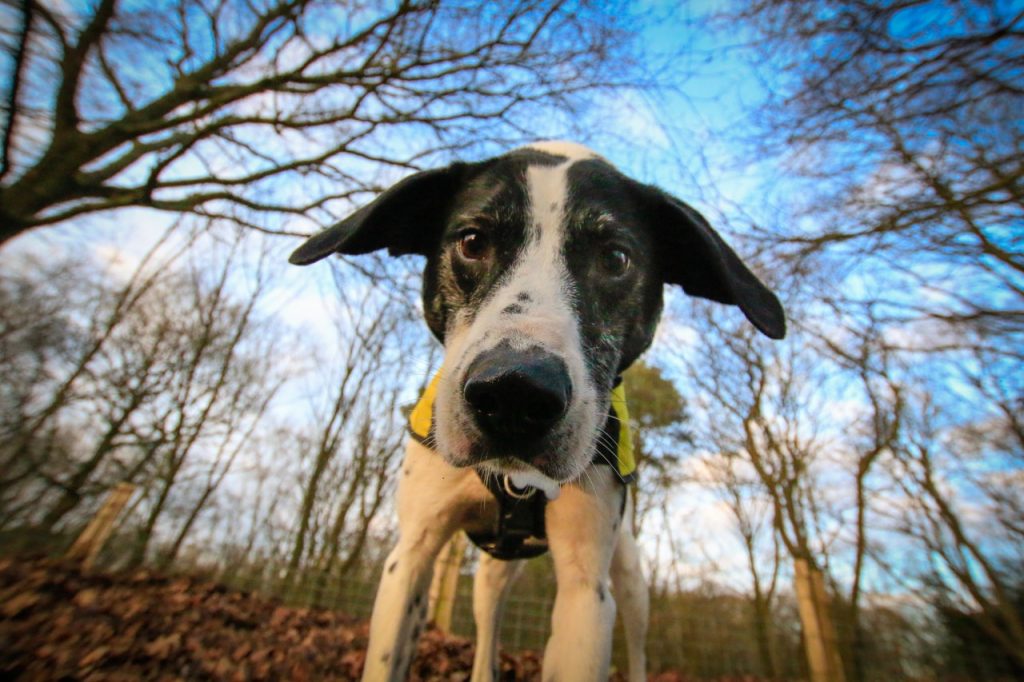 We work hard to keep Monty under his threshold so he has one day off walks a week which gives his cortisol levels (triggered by stress) time to go down. On these days we do lots of training and enrichment activities at home so he is still exercising both physically and mentally. He absolutely loves training, scentwork and anything involving food so rummaging around in the recycling for treats is always a hit and he loves searching for treats hidden around the garden.

Walking Monty in busy places is an absolute no as he just cannot cope with seeing lots of people and dogs. We now go on quiet countryside walks, hire private secure fields so he can run around off lead and even walk around industrial estates to avoid other dogs running over. He’s brilliant at the vets as they’ve allowed us to do lots of social visits but he always wears a muzzle there just in case.

Monty wears a yellow vest with “I need space” written on it. If you see a dog wearing yellow they might be a rescue dog being rehabilitated, an elderly dog or they might have an injury – but they all need space. 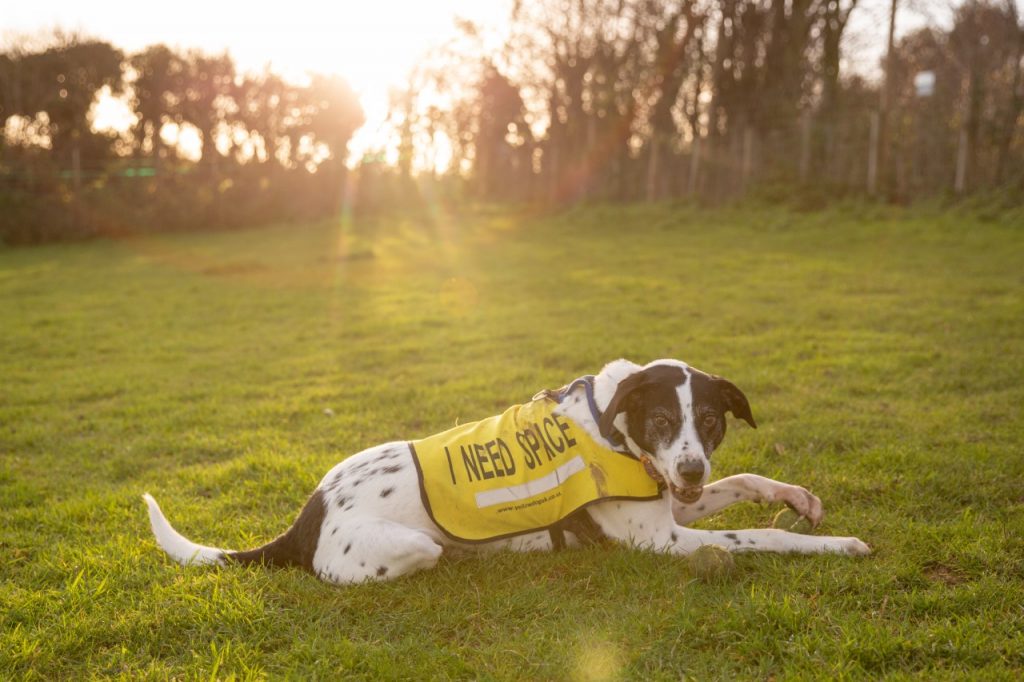 You probably won’t notice them as their owners will be so busy ninja-ing around avoiding their triggers but if you do, please pop your dog on its lead so that they can’t run over, as if the other dog is dog-reactive this will cause them a huge amount of stress. You wouldn’t believe how grateful the other owner will be – I wouldn’t have known until I became one!

When we first looked at getting a dog we imagined playing ball on the beach, walking in the park and having lunches in pub gardens but it’s highly unlikely we’ll ever get to this point. We do however, have a wonderful dog who stands on his back legs and gives us actual hugs when we get in from work (we never trained him to do this) and makes us laugh on a daily basis with his ridiculous antics.

I think when you have a reactive dog you end up with a special relationship as there are very few people they trust (if they are people reactive) and you are always advocating for your dog. 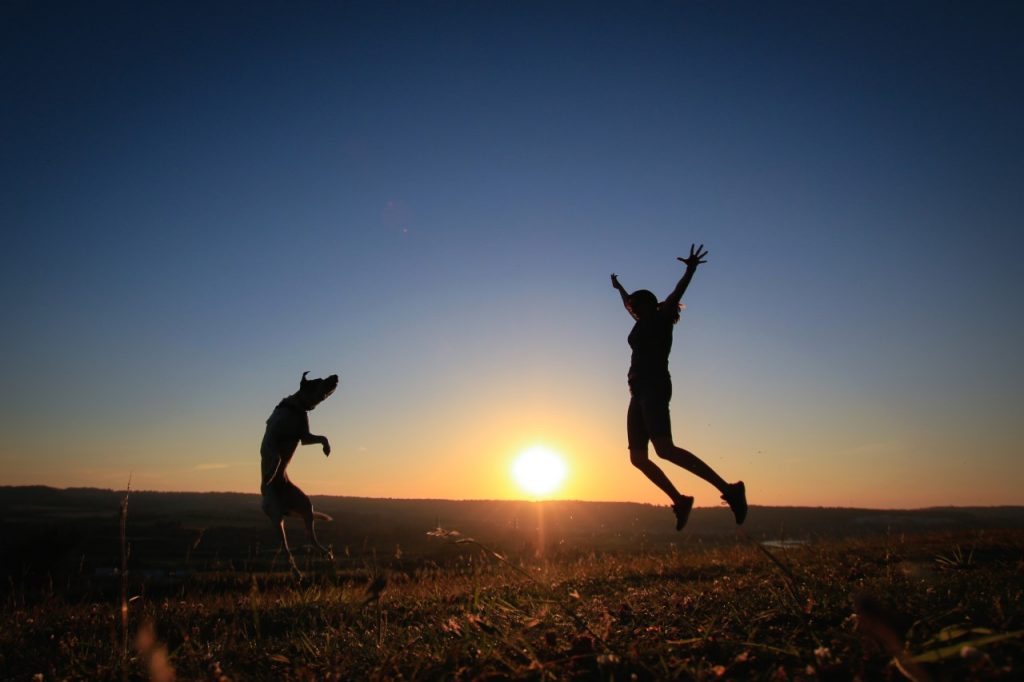 Monty has taught us so much; not just about dogs and their behaviour, but also about patience, positivity, communication and love – and we wouldn’t swap him for the world!